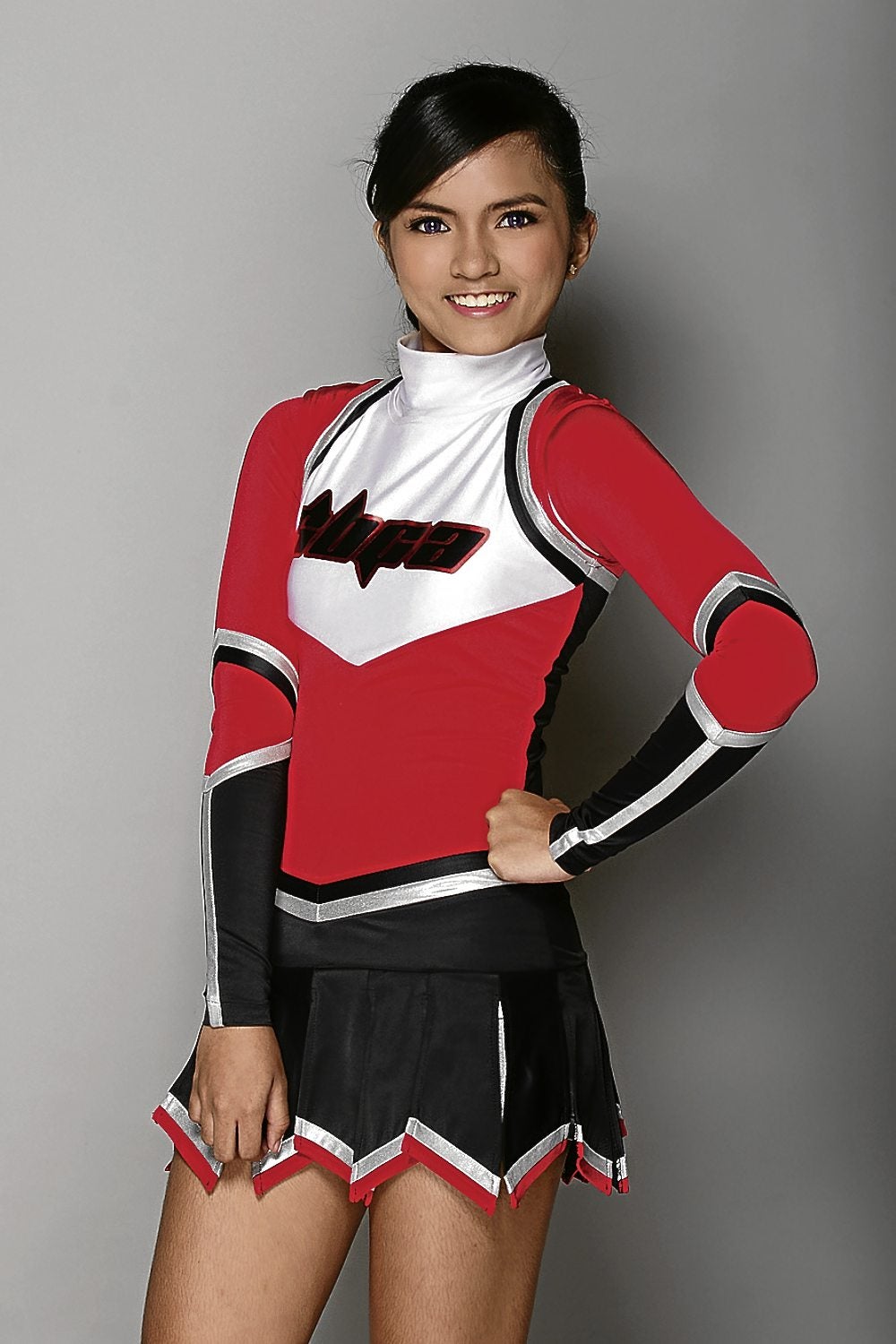 It’s a sunny Saturday afternoon at a penthouse studio along the outskirts of Makati, and in between camera flashes, a group of teenagers are having the time of their lives.

After changing into their uniforms and being dolled up, each girl took turns primping in front of the mirror. Between bites and dance tracks, their rapport was evident—they were effervescent in the way only cheerleaders can be, but beneath this façade are serious competitors in the difficult world of cheerleading.

After losing the prized WNCAA cheering crown last year due to a series of unfortunate events—a fracture afflicting a team member just before the big day and the team missing steps during the actual routine—team captain Jillian Carpio is bent on winning back lost glory.

“We are taking our preparations and practice more seriously this year,” the 16-year-old senior says. “I think it’s time we show them that we’re still in fighting form and we’re not giving up easily.”

This fearlessness and confidence might belong to a competitor looking to win, but they also belong to an athlete who knows her history. These girls come from a long line of cheerleaders, who, since the last half of this decade, have won more awards than any school in the South.

Since the inception of the WNCAA cheerleading competition, San Beda Alabang has been consistently a strong contender. In 2007, they won the championship, followed by three more wins. However, their streak was broken last year by St. Paul College Pasig, a school with a history of its own, as they are also known for their prowess in dancing.

The school’s 33-member team is composed of girls from all years, with freshmen and seniors comprising the majority. The girls also have their own specialties, which range from dance, jumps and tumbles, to gymnastics.

Under the tutelage of former UST Salinggawi Dance Troupe member Ajjie Mendelebar, San Beda Alabang’s cheerleading team has blossomed into the contender that it is today.

A key to their success, according to Coach Ajjie, is hard work.

“Working hard means opening one’s self to endless possibilities,” he says, and proof is in the details—his routines combine towering pyramids, heart-stopping stunts, and wonderful synchronicity, a result of the hours his girls put in.

Upon talking to the seniors, we learn more about the depth of their preparation. For one, most, if not all of them, have been dancing since they were kids, with one even starting as early as pre-school. They train all year round, practicing thrice a week, with a separate session dedicated to gymnastics.

Apparently, gymnastics has become essential to a cheerleading routine, so to keep in step with the competition, the girls train to ensure that they’re strong in that area. And while coach Ajjie’s in charge, the girls reveal that they share their input with him and collaborate for their WNCAA routine.

Also, aside from preparing for the WNCAA cheerleading competition, the team works hard to keep their numbers up. Recruitment starts early, with future members being courted as early as grade school.

This year, coach Ajjie and the “Alabang girls” (as they’re affectionately called) promise more difficult stunts and a showcase for a new level of skills. The girls all quip this is the hardest routine they have performed to date. But according to them, the key to winning, more than talent or creativity, is the unity and teamwork Bedans are known for.

As Jill’s teammate, Kamille Joson, says, “You can’t just think of yourself, you have to think of the team.”

Coach Ajjie also believes in showing these girls a bigger picture. He believes cheerleading builds character, and that it is a deep source of strength not just for Bedan athletes, but for the rest of the community. For the girls, it’s not all short skirts, waving pompoms and being famous. As Jill says, “We cheer for loyalty, not popularity.”

As the school year winds down, these seniors dream of ending it with a bang by winning back this important crown. That this might be their last chance to don the red and white uniform only serves to motivate them more. And while San Beda has already had illustrious wins in basketball, swimming and football, these girls want to put the school back on the cheerleading map. Their passion reflects true grit and respect not only for their alma mater, but also for this traditional school sport.

“Cheerleaders have a short shelf life. If you think you have what it takes, go for it,” says coach Ajjie. As the squad’s endurance is again put to the test, a new generation of dreamers is about to test the waters. And they keep alive the hope that the Bedan spirit will triumph.

The San Beda Alabang Jr. Cheerleading Varsity Squad wishes to invite all Bedans to support them during the WNCAA Cheerleading finals on February 25, 10 a.m., at Ninoy Aquino Stadium, Manila.