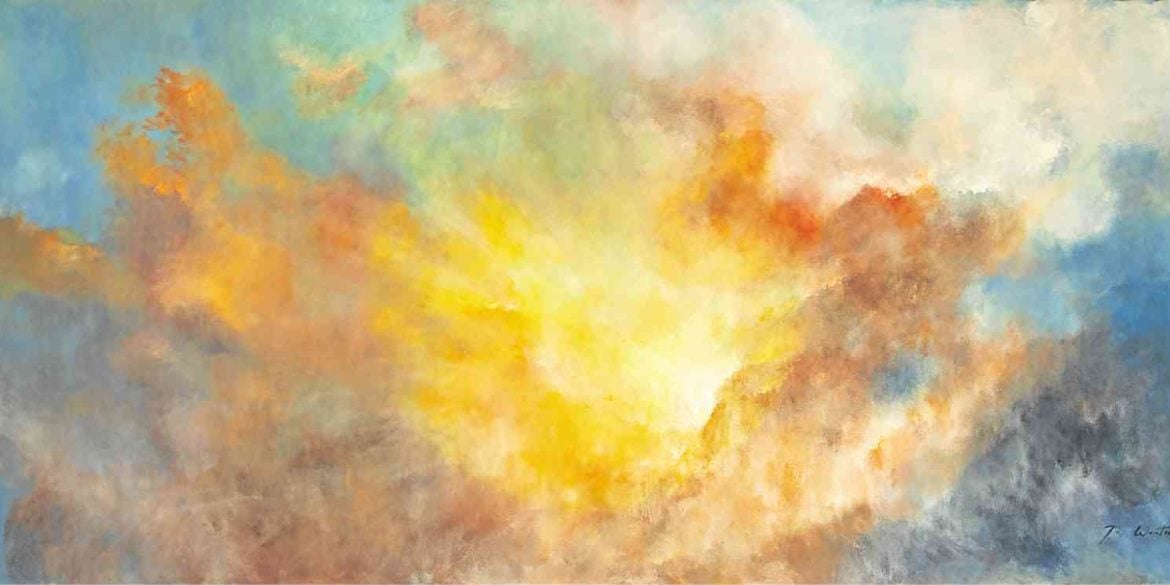 León Gallery will feature the glittering roster of Philippine artists who have shown at the Venice Biennale during the leading auction house’s Kingly Treasures Auction on Nov. 30.

The list includes Jose Joya and Napoleon Abueva, the very first Philippine artists to participate in the Venice art powwow, which dates back to 1895 and is the world’s oldest existing art fest, as well as Mark Justiniani, the most recent, said León Gallery director Jaime Ponce de León.

Fernando Zobel, who was part of the Spanish Pavilion in Venice in 1962, returned to the Biennale in 2017 with a special show organized by the Ayala Musuem called “‘Zóbel: Contrapuntos.”

He is represented at the November auction with the hauntingly powerful “Perales de Tejuna,” named after a quaint town outside Madrid. “Perales” is one of Zobel’s rare and elusive “Serie Negra” (Black Series). The majority of these works, painted over just three years, resides in museum collections, noted Ponce de León.

This masterpiece also comes with an impeccable provenance, the León owner said, having been a gift from the artist to his close friends, the Houston family. Flor de los Santos Houston was a descendant of the founders of the University of Manila. Her husband Charles was a professor there when they first made Zobel’s acquaintance.

Joya would helm the first-ever Philippine participation in the Venice Biennale in 1964. His command of the idioms of abstract art would serve him well when he crossed the oceans to Italy. Abstract art is not only figure-less and faceless; it has no race or country. The many iterations of Joya are to be found in the auction, explained Ponce de León : From a wonderful ceramic plate to various green vistas in mixed media to a gray and noir jewel.

Also included in the auction are three sculptures by Abueva, the youngest ever to be declared National Artist (in 1976) and who had joined Joya in the initial Philippine participation in Venice in 1964. His 1971 work, “Kalabaw,” is an impressive marble depiction of the Philippine beast of burden distilled to its finest essence.

Mark Justiniani, fresh from this year’s triumph at the Biennale, appears with the humorously searing painting titled “Palabas.” In it, the playful image of a gobernadorcillo is a riff from Damian Domingo’s “Tipos de Pais.” He navigates with dexterity a tight rope festooned with banderitas, chugging thirstily from a bottle of whiskey at the same time. It is a cheerful bit of social commentary that Justiniani has become known for.

BenCab rediscovered his Filipino identity while in London. His art has become the ultimate expression of “being Filipino” —and his “Sabel,” both an indictment and embodiment of the Filipina. An outsized “Sabel,” her face mysteriously obscured, is an outstanding feature of the Kingly Treasures Auction.

In contrast to his contemporary Fernando Zobel, who was Latin and Eurocentric, Arturo Luz was thoroughly American in perspective — having spent almost a decade of study in the United States.

Coming home, Luz became a name to reckon with as a result of a distinctive, pared-down artistic style that was mischievous. (His first solo exhibit was, in fact, in Paris; only his second was in the Philippines, at the Manila Hotel.)

Luz is represented at the last sale of the year by an untitled work of a favorite theme, “circus performers,” who seem to click and whirr in his beloved signature colors of black and red.

Alfonso Ossorio, the millionaire slash artist slash refugee, is resplendent with one of his famous assemblages, entitled “Crossroads.” Ossorio was always at the forefront of experimentation and here, he created a three-dimensional progression of his paintings, notes Ponce de León. The artist would refer to these objects not as “found” but rather as “sought.”

Also included in the auction are works by Betsy Westendorp. The Spanish-born artist has traveled in the opposite direction, making Manila her home—despite the fact that she has painted King Juan Carlos I as a young boy and become a favorite of the Madrid aristocracy. It is said that this grande dame of art has more paintings in Malacañang than any other artist.

Special preview of the auction lots will start Nov. 23. Access catalogue at www.leon-gallery.com.