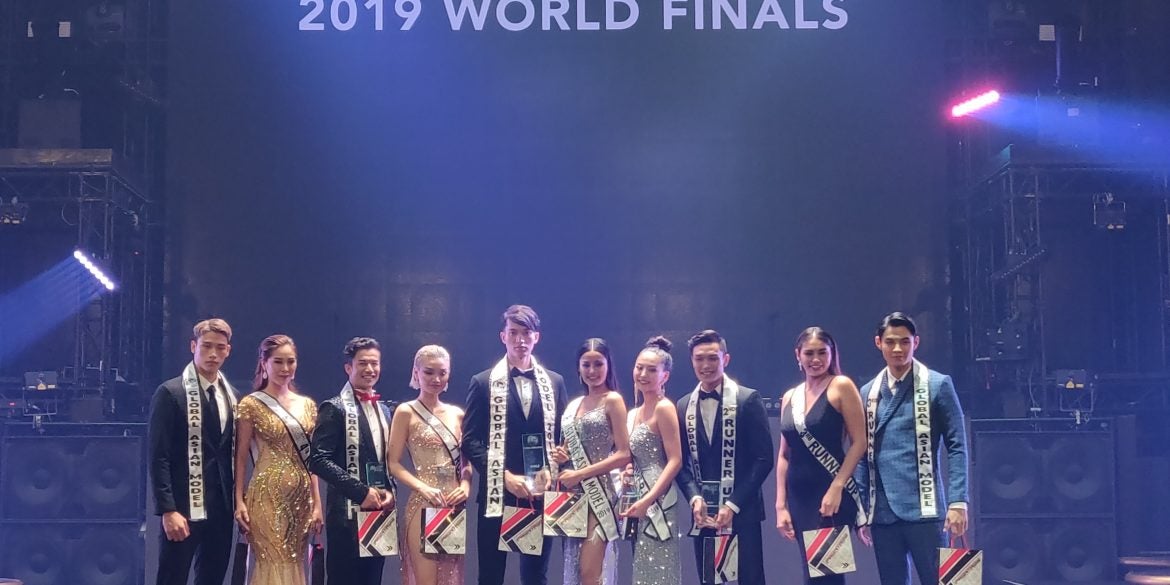 PARAÑAQUE CITY—After having several beauty pageants, for both women and men, setting its roots in the Philippines, a maverick queen maker has launched the first international modelling competition in the country.

“We used to have modeling contests here in the Philippines, but they were not international. I want to show the Filipino people something new,” Gaffud, who is also an accomplished mentor of international beauty queens, told the Inquirer in an earlier interview.

“Asian models have what it takes to have an international career, they have the potential to go global,” added Gaffud, whose wards include 2015 Miss Universe Pia Wurtzbach, 2015 Miss Intercontinental first runner-up Christi Lynn McGarry, and Japanese-Brazilian models Daniel Matsunaga and Hideo Muraoka.

The Global Asian Model contest gathered aspirants based in Asian countries, and those outside the continent but have Asian lineage. For its inaugural edition, the tilt assembled a pool of over 30 male and female contenders.

Thailand scored twin victories in the maiden contest staged at the Cove Manila Theater inside the Cove Manila Club of Okada Manila in Parañaque City on Nov. 21, with Falco Sornnarin and Artittaya Promchart dominating the male and female categories, respectively.

Vietnam tandem Tran Quang Thang and My Duyen rounded out the Top 5 with their fourth runner-up placements.

The participants first appeared in garments from their home countries, and then competed in the swimwear, style wear, and formal wear competitions during the final contest. They also engaged in a series of photoshoots before the runway rounds of the competition.

Both Sornnarin and Promchart each took home $10,000 in cash and modelling contracts worth $10,000.