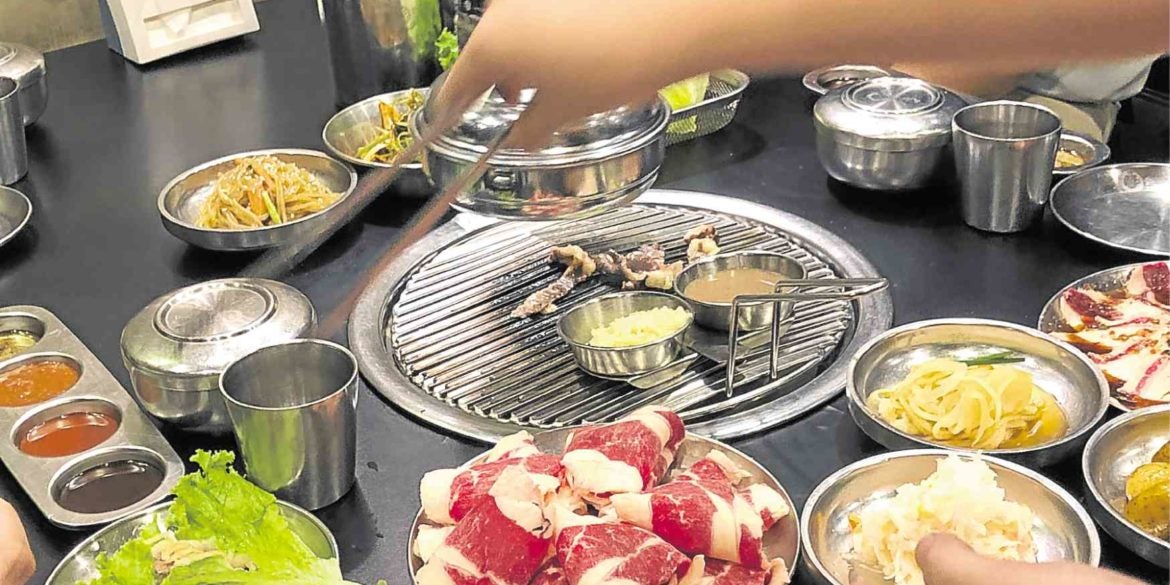 Feasting on Korean barbecue at Samgyupsalamat

Robinsons Galleria was the mall of our youth, where we’d spend Sunday afternoons ogling toys, gadgets and Gary Lising’s quirky joke and sex shop on the top floor.

The mall was also where we would have lunch after Mass. There was Cusina and its delicious lengua estofada. It served fine Spanish cuisine but at the food court—not your typical setup, to be sure. There were also TGIFridays, Auntie Anne’s (a novelty, back in the 1990s) and Pho Hoa, where we had our first taste of Vietnamese cuisine.

Today, Robinsons Galleria in Ortigas remains a foodie destination. Coinciding with its recently completed renovations, the mall has introduced a slew of new food outlets.

The upgraded interiors are reminiscent of Robinsons Magnolia’s, with modern aesthetics and light-toned interior accents.

“Before the renovation, there were around 90 food outlets, or about 10 percent of the tenants here,” he said. “We’re aiming for 140, a 20-percent increase, which is big for a mall.”

Mall culture is changing in the Philippines, said Yao. People are always looking for somewhere new to eat and hang out with friends. He also discussed how the Filipino palate has become more sophisticated, especially since more Pinoys have experienced different cuisines from their travels.

“This is the reason we are gearing toward making this mall into a food destination,” Yao said.

Our first stop was the newly renovated food court now called Eat Street. The interiors are now brighter and open. Floors have wood-style tiles and pillars have stone bricks, making the overall aesthetics of the new food court “Instagrammable.”

“We want to offer a world of dining experiences under one roof,” said Yao. Indeed, many of the world’s cuisines are well represented at Eat Street.

There are Filipino meals like those at Binalot and Davao Tuna Grill, excellent Filipino-Chinese picks from Hap Chan and Thai cuisine from BKK.

We also sampled a Bagnet Sinigang from Bagnet Boy and the famous fried chicken of Sincerity Cafe and Restaurant. We likewise enjoyed Sincerity’s Fried Oyster Cake, Chami, Pata Tim with Cuapao and Kikiam. We also tried the nitrogen-infused concoctions at Nitro 7 Coffee.

For the second pit stop of the food crawl, we went to Birdhouse at the Veranda. The area has casual dining restaurants for family gatherings, dates and other celebrations.

At Birdhouse, we tasted its chicken wings, which came in chili garlic, barbecue, pepper cream, bacon mac and cheese. We checked out Kumori, sister company of Birdhouse. Kumori is popular for its cheese cups, tarts and melon bread.

At the Veranda, we liked the dishes from the popular Samgyupsalamat restaurant, which has an authentic Korean barbecue setup.

Kisuyo serves a fusion of Korean and Japanese cuisines like Kimchi Udon.

At Nonna’s, we tried the excellent Spinach and Goat’s Cheese Pizza—a mix of cream and salty, savory flavors. It was perfect with the homemade chili-honey sauce.

With our bellies close to bursting, we tried CabalenPlus, an upgraded version of the original Cabalen. CabalenPlus has added a wider selection of dishes with brighter, more modern interiors.

For dessert, we indulged in ice cream at Mad Mark’s. The cookie dough and pecan variant was good.