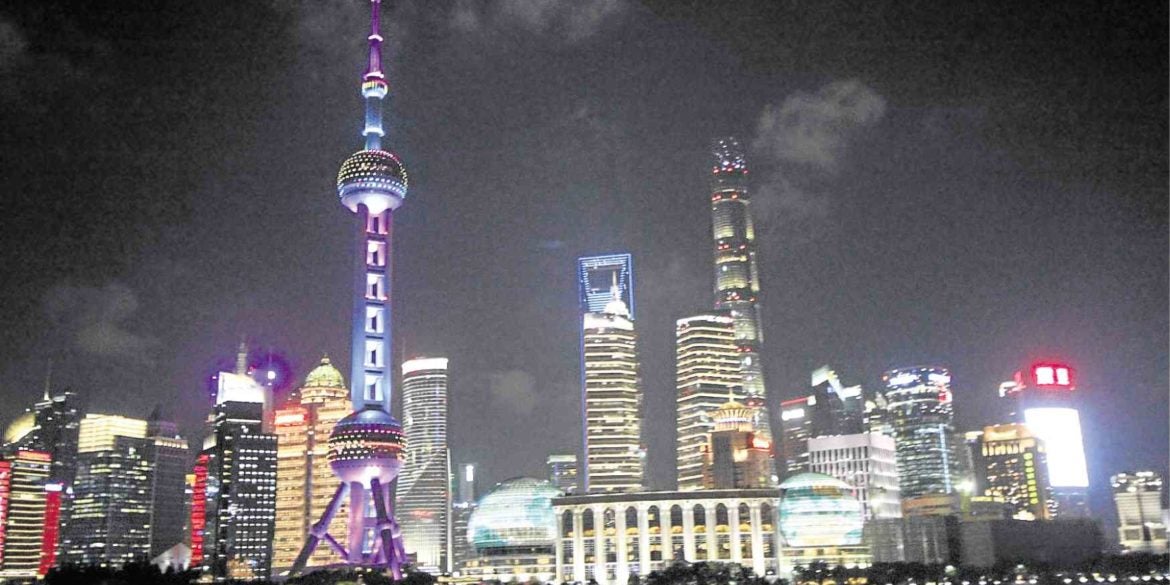 Shanghai, China’s biggest city, is synonymous with its skyscrapers fronting the Huangpu River. A major financial center, it may not be top of mind for Filipinos as a holiday destination, since Shanghai is overshadowed by other nearby tourist traps such as Tokyo, Seoul and even the Chinese capital, Beijing.

Aside from its fabled riverfronts, Shanghai a center of cosmopolitan living, culture and cuisine.

Dubbed the “showpiece” of mainland China’s economic boom, Shanghai is home to the world’s busiest container port, the world’s second tallest building and the largest population in any Chinese city. Not too shabby for a place that started as a small agricultural village thousands of years ago.

Here are some of the many pleasures and sights that await visitors to Shanghai.

If Paris has the Eiffel Tower, New York the midtown skyline, then perhaps the Pudong financial district as viewed from the Bund is easily the most recognizable image of Shanghai.

Framed by the Oriental Pearl Tower on the left and the Shanghai Tower on the right, this collection of skyscrapers is a feast for the eyes, a singular vision designed to make one feel small or in awe.

The Bund itself is no slouch. A stroll along the western bank of the Huangpu River shows 26 colonial-era buildings in varying Western architectural styles, all from Shanghai’s history as a settlement of the British, Americans and the French.

Named after the capital of neighboring Jiangsu, Nanjing Road is Shanghai’s main shopping street, the world’s longest at 5.5 kilometers, and one of the busiest, attracting 1 million visitors daily.

Walking here can be quite exhausting, so go ahead and try the many cafés and restaurants inside the malls.

For coffee, you must go to the Starbucks Reserve Roastery on Nanjing Road West, the world’s second largest Starbucks, next to the one in Tokyo.

Boasting some 1,700 years of history as a rice and clothing manufacturer, this canal-veined village is filled with 36 bridges, traditional Chinese houses and stores for all kinds of visitors: food stalls, souvenir shops, trendy cafés and more.

Ride a boat and watch as the alleys idly slide by in what can best be described as an Asian-style gondola ride in Venice.

Don’t worry about saving money and skipping the boat ride, because the trees lining the streets ensure a cool stroll and browsing the stores can be a treasure hunt of sorts. Zhujiajiao is 50 km from the Bund and can take an hour or two to reach, depending on the mode of transport.

This is perhaps the single most iconic building in all of Shanghai, a feat considering it stands nearby Shanghai Tower, the world’s second tallest building.

A radio and television broadcast tower, this 468-meter skyscraper has enough activities to occupy half your day. On its basement is the Municipal History Museum, which features human wax figures and scale models of important buildings, streets and scenery throughout Shanghai.

As you go up the spheres, you will see that it also has shops, restaurants, a hotel and, yes, even a rollercoaster inside the skyscraper.

But perhaps the best attractions here are the two observation decks, standing 263 and 259 m high, respectively, the latter featuring a glass floor for those vertiginous “walks” along the sky.

Another spectacular sight from the observation decks is the world’s first adjacent grouping of three supertall towers: the Shanghai Tower (632 m), the Shanghai World Financial Center (492 m) and the Jin Mao Tower (420.5 m).

Located in the Old City of Shanghai, this vast former residence of a Ming-era general built in 1559 is composed of six visually stunning areas separated by “dragon walls,” which have gray-tiled, swooping lines ending in a giant dragon’s head.

Take a peek at the storied Exquisite Jade Rock, a 5-ton boulder 3.3 m high, rumored to be stolen from a wreck meant to go to an emperor.

When you’re done meditating in the gardens, shop around for souvenirs at the surrounding market, including the popular and affordable Feiyue canvas shoes.

Foodies should try the century-old Nanxiang Steamed Bun Restaurant for the best xiao long bao around.

Other fun things to do: a British double-decker bus tour of the Pudong financial district; a visit to the Shanghai Jiangnan Silk Museum for a lesson on silk-making and a chance to buy the finest silk products (sleeping on silk pillowcases does wonders to your skin); a river cruise to appreciate the architectural wonders old and new along the banks of the Huangpu River; eating and people-watching at the many cafes in Shikumen-filled Xintiandi; and the “Era: Intersection of Time” acrobatic show, which had to erect a temporary site while renovating its theater due to popular demand.

If recent memes joke about how everything is “made in China,” then perhaps one export that can’t be laughed about is Chinese food, be it hotpot, fried rice and dimsum. Always a top choice for Filipino families when going out for celebrations, Chinese cuisine is renowned worldwide and Shanghai has some of the finest.

For a taste of the famous Peking duck, head to Quanjude Roast Duck. Try the sweet and sour fish, too—you won’t get enough of the perfectly balanced sauce and crispy skin.

For buffets, there’s the Coca-Cola Restaurant at the Oriental Pearl Tower with views of the Bund and the Pudong financial center. Milk tea lovers will be delighted to discover the “dirty” milk tea from Shanghai brand Lelecha, which uses brown sugar for a darker and caramelized taste.

Cebu Pacific offers daily flights on the large Airbus A330 between Manila and Shanghai with lowest year-round rates starting at P5,888.

The low-cost airline also recently launched a Shanghai-Cebu route that flies six days a week from Monday to Saturday.