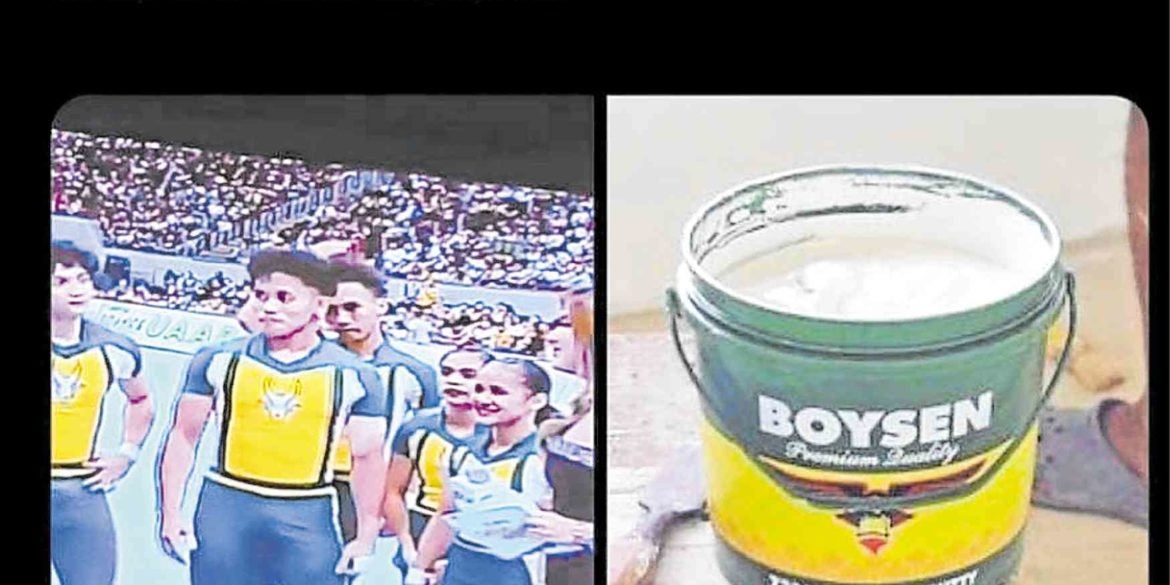 The University Athletics Association of the Philippines (UAAP) Cheerdance Competition last week was another one for the books even as we saw the same podium finishes following the same order as last year’s—National University bagged the top spot, Far Eastern University second and Adamson University third.

While it was yet another entertaining cheerdance competition, it seemed as if more people were invested in what is now dubbed as “National Trash Talk Day.”

According to some netizens, National Trash Talk Day is the real competition because this is the UAAP event where fans are most rabid in supporting their alma mater, at the expense of competition, of course.

Check out the screen shots of the “trash talk” tweets that went viral. 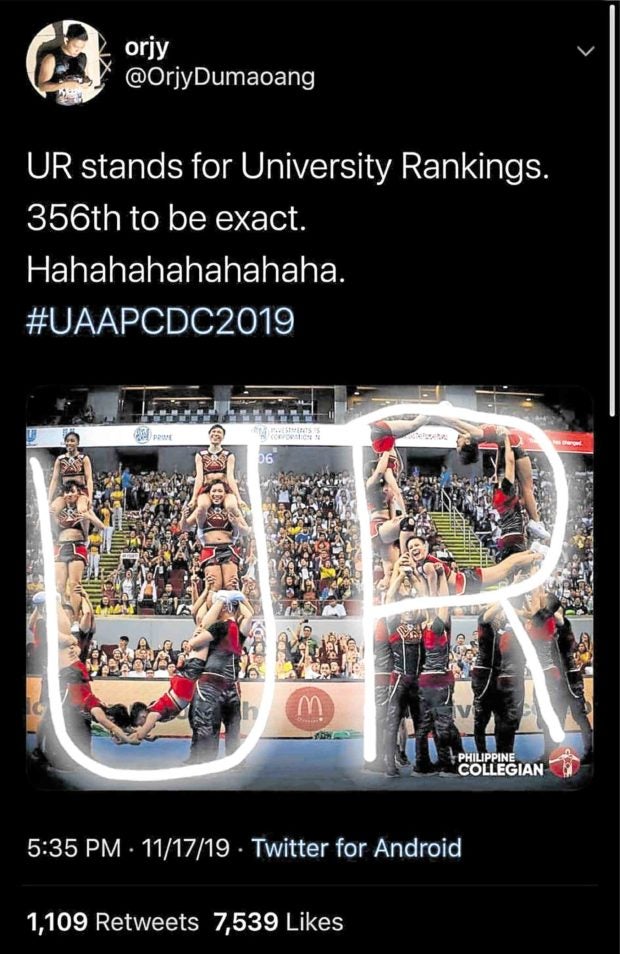 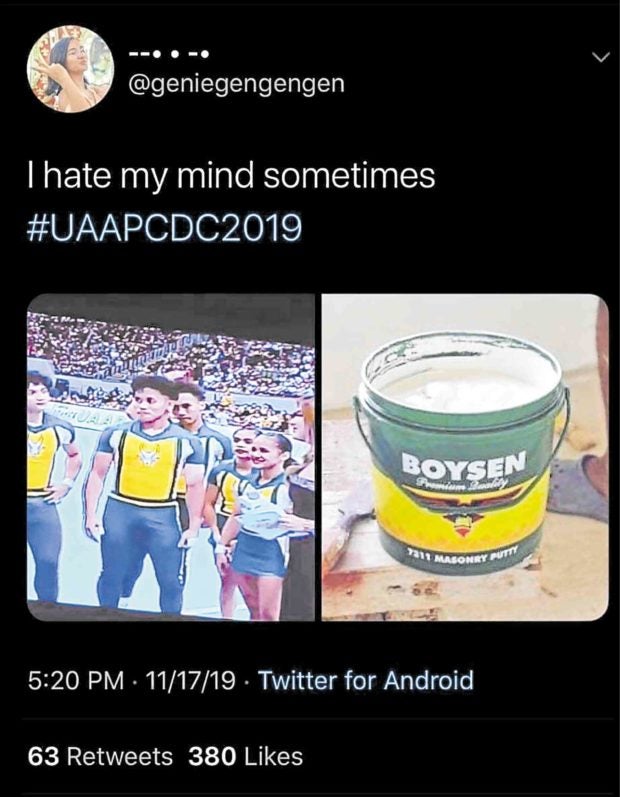 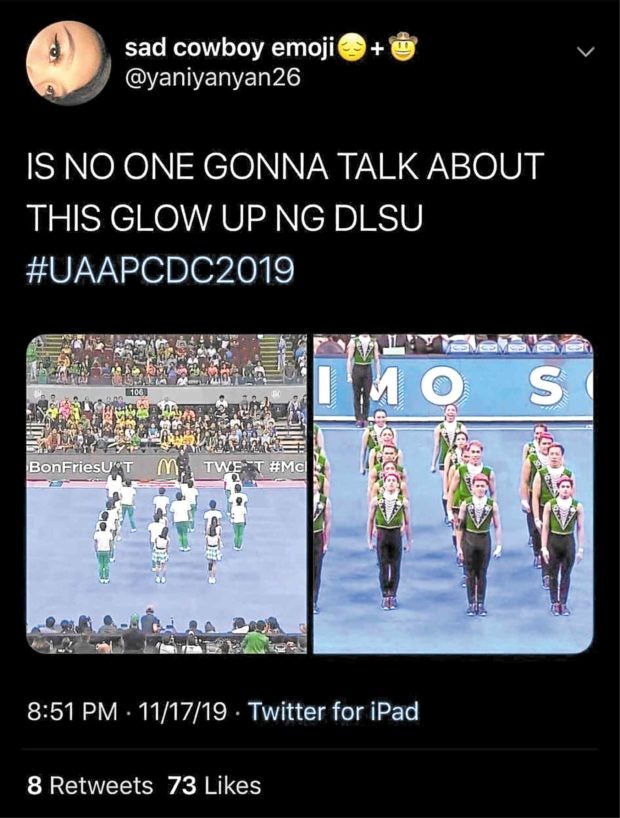 While it was an entertaining day both on TV and on Twitter, some tweets and comments did go overboard—attacking cheerdance participants personally and tactlessly attacking institutions in truly offensive comments.

Some people also took to Twitter to express their grievances.

Whether or not you enjoy National Trash Talk Day, it is important to remember to send that tweet or comment for pure fun. 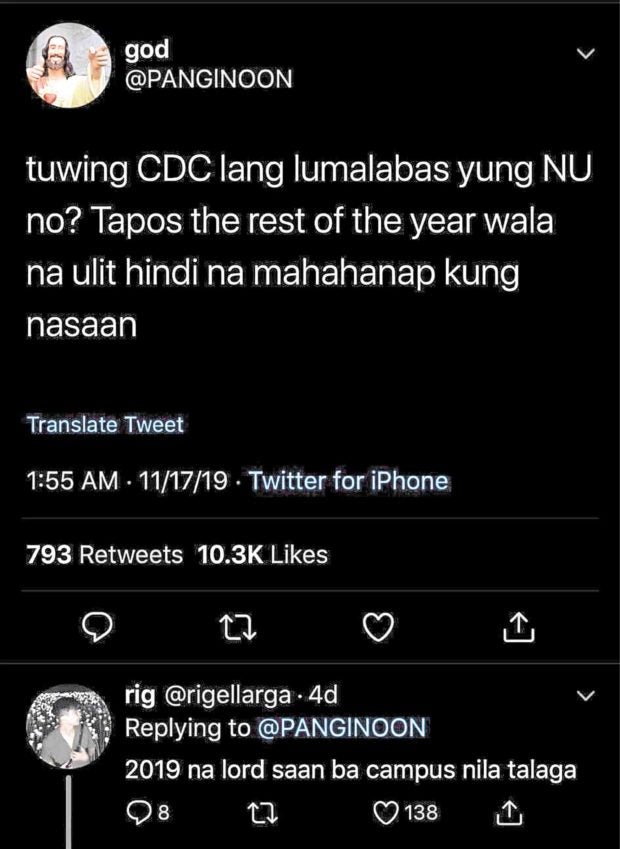 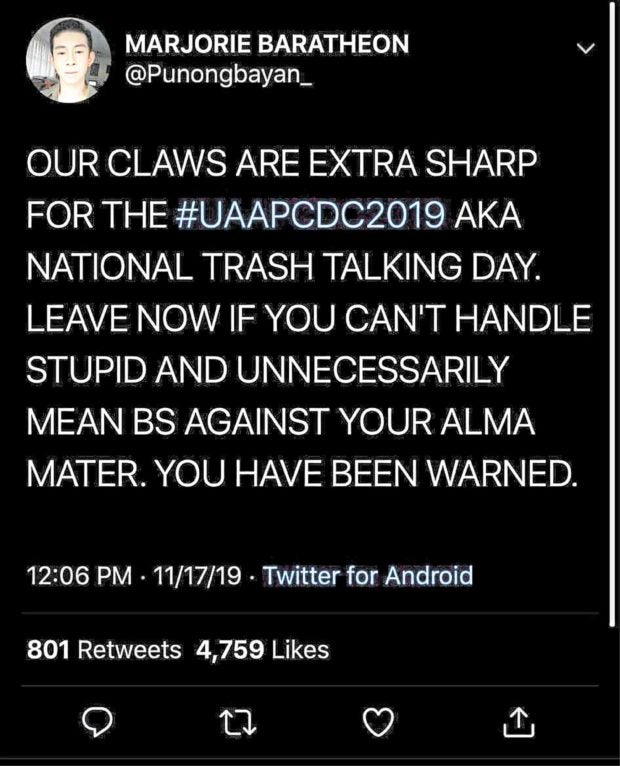 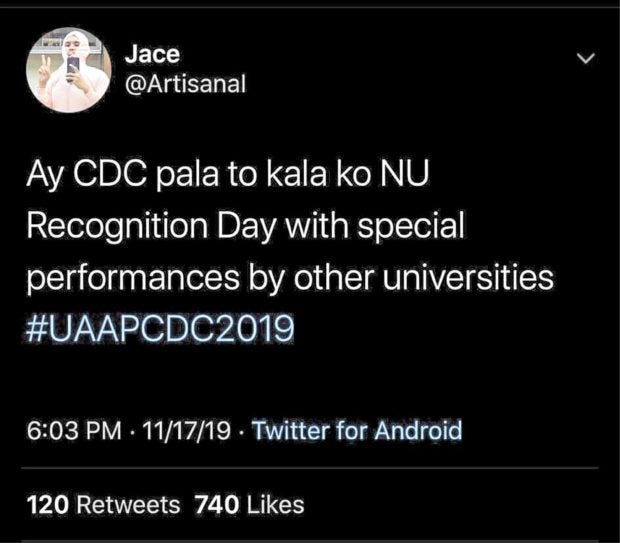 For next year’s cheerdance competition (or is it now National Trash Talk Day?), hopefully more netizens can reflect on what they’re about to say before sending a tweet.