BenCab turntable, Eraserheads LP and other signs that vinyl is back | Inquirer Lifestyle ❮ ❯ 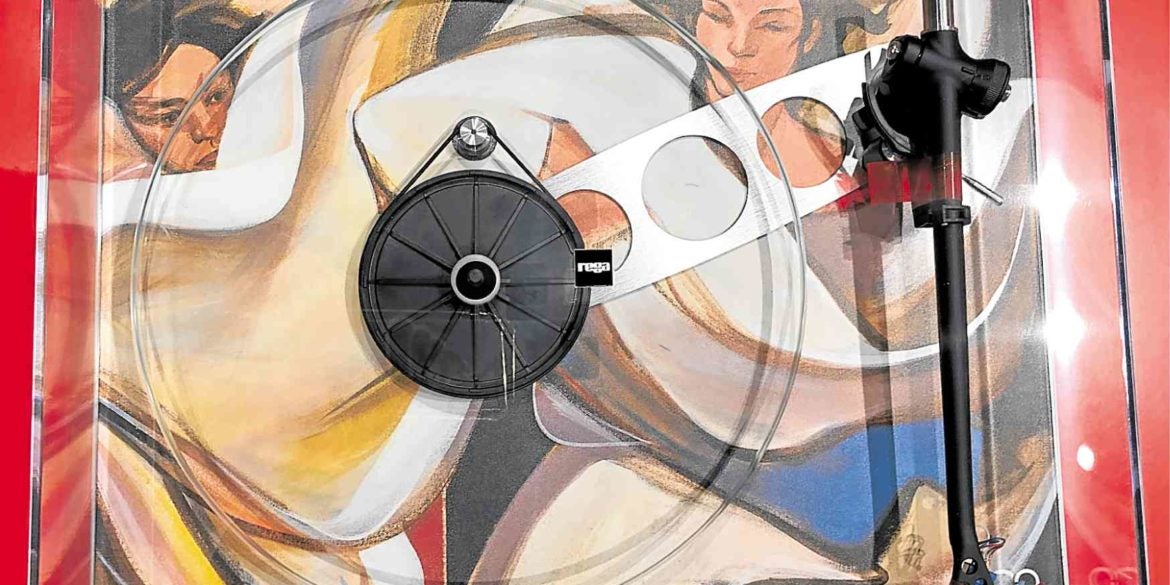 BenCab turntable, Eraserheads LP and other signs that vinyl is back

The National Artist collaborates with audio equipment manufacturer Rega; ‘Ultraelectronicmagnetopop!’ out on vinyl for 25th anniversary

Any lingering doubts that the vinyl record is back should be put to rest with the launch on Dec. 1 of the BenCab X Rega turntable.

Only 100 pieces have been made for worldwide distribution, and the Philippine consignment is said to be going fast, according to local distributor Secret Fresh.

According to BenCab, Rega normally collaborates with other British brands for its limited-edition pieces. Previous team-ups have been with Triumph motorcycles and the band Queen.

However, BenCab says, Rega agreed to collaborate with him in the light of the many years he spent living and working as an artist in London.

The BenCab x Rega turntable is based on the midrange P3 model, and features a painting of the artist’s iconic figure Sabel on the base, clearly visible through the glass platter.

Fans might recall that the album was originally released on a crappy cassette. In stark contrast, the vinyl reissue is premium all the way: mastered from the original analog tapes in California by the legendary sound engineer Bernie Grundman, who’s worked on albums by Michael Jackson and Prince; pressed on heavy 180-gram virgin vinyl in the US; and featuring a gatefold sleeve.

The original cassette cost P50 in 1994. The vinyl reissue was presold online at P2,999 and reportedly sold out in less than four minutes.

Buyers at the launch paid the full retail price of P3,360, and were limited to only one copy each. (New vinyl records typically retail for P800 to P1,200.)

Worldwide sales of vinyl have been rising in the last five years. Last September, an American music industry group announced that vinyl will outsell compact discs by the end of this year.