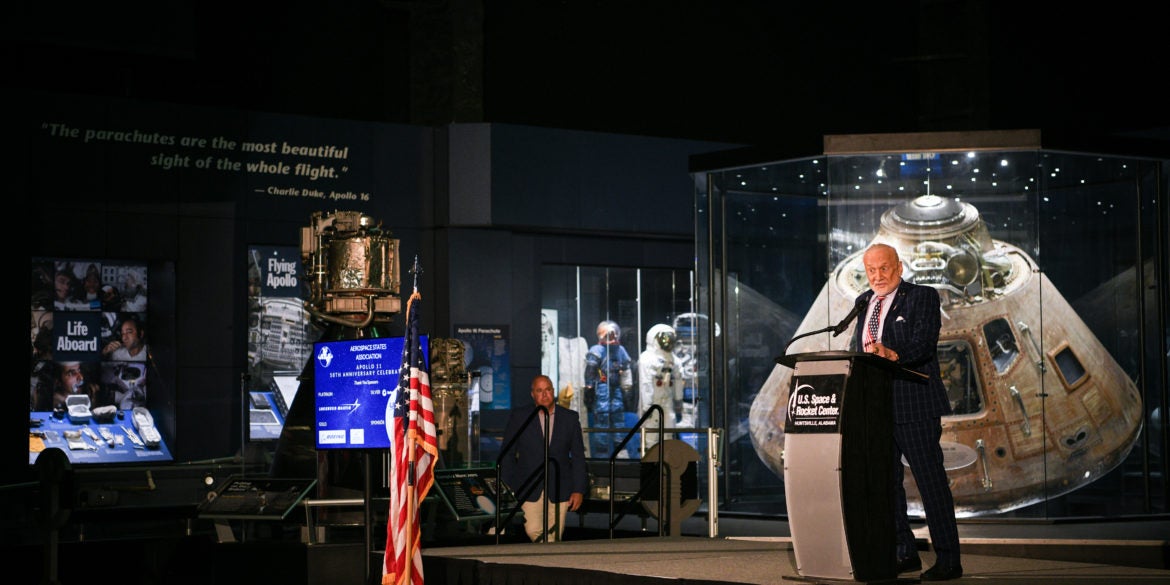 The image from “Explorers on the Moon”, a 1950s adventure where the Belgian reporter becomes the first human on the Moon, features an inscription from Aldrin: “First moonwalkers after Tintin.”

Aldrin was famously the second man to walk on the lunar surface after Neil Armstrong during the 1969 Apollo 11 mission.

Interest in Tintin memorabilia has only strengthened since author Herge died in 1983 — an original drawing for a first edition was sold for $1.12 million in June this year.

Earlier this week in Paris, an original page from another Tintin book “King Ottokar’s Sceptre” sold for 394,000 euros, far above its reserve price.

However, the star item at Saturday’s Paris auction failed to sell.

The Paris auction house Artcurial valued a Tintin drawing from “The Shooting Star” adventure at 150,000 to 200,000 euros, but no bidders were forthcoming.