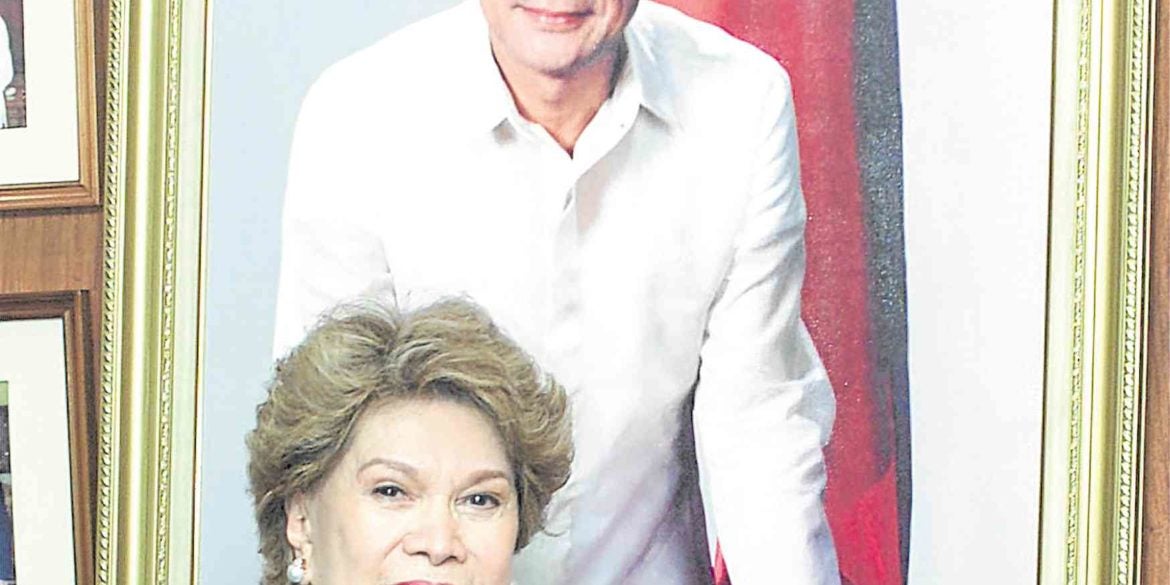 Until he passed away in 2004, former Vice President Salvador “Doy” Roman Hidalgo Laurel upheld the shining legacy of the Laurel family in public service. The fifth son of former President Jose Laurel, Doy Laurel did so despite setbacks and reversals.

In the 1984 parliamentary elections, Laurel’s United National Democratic Organization became the dominant opposition party in the Ferdinand Marcos rubber-stamp assembly. He was thus in a strong position to be the presidential candidate of the opposition when Marcos called for snap elections in 1985. But he gave way to Corazon Aquino and became her running mate instead.

When Aquino became president after the Edsa revolt in 1886, Laurel became the only person in Philippine history to be vice president, prime minister and foreign minister all at the same time. But Aquino as revolutionary president abolished the 1973 Constitution and effectively removed Laurel as head of government. Under Aquino, he languished as vice president, a political nonentity.

Laurel ran for president in 1992, but did not win. A leading contender was the close Marcos associate Eduardo “Danding” Cojuangco. He appeared to be within striking distance of the presidency, but his campaign lost steam when Laurel criticized how Danding allegedly used his Marcos connections to build his business monopolies. It is said Laurel’s demolition of Cojuangco prevented the return of the Marcoses and his cronies to power.

The Laurel name was back in harness.

Banking on the Laurel name, the 1986 winner President Fidel Ramos appointed Doy Laurel as chair of the Philippine Centennial Commission to commemorate the centenary of Philippine independence in 1998. He refused salary for the appointment.

But in 1999, Laurel was charged with corruption before the Sandiganbayan antigraft court for allegedly misappropriating funds in the construction of the controversial Centennial Expo in Pampanga. He denied the charge and chose to be his own defense counsel. When he died of cancer in 2004, the case was still being prosecuted.

Many historians and political observers believe Laurel was a man of integrity. His record of public service shows him a consistently selfless and sacrificing person. He practiced what President Laurel preached in the latter’s “Pro Deo et Patria” declaration of the basic principles of political philosophy—that “the foundation of good government is morality.”

The Laurel legacy is carried on by Doy’s family. His family continues to honor him by putting together an art exhibit and sale to benefit law school scholars, who may one day set forth toward the path that Doy took.

Celia Diaz Laurel, known as the “Queen of Legitimate Theater” in her younger years, is an accomplished visual artist, having studied painting at the University of the Philippines School of Fine Arts under masters and National Artists Fernando Amorsolo and Guillermo Tolentino.

Her contemporaries include Napoleon Abueva and Jose Joya—who became National Artists—and Araceli Dans and Juvenal Sansó—who both received the Presidential Medal of Merit for their contributions to the fine arts. She has starred in many plays of Repertory Philippines as a Yale schooled dramatic actor for stage.

For “Espressió,” Celia presents five masterful oils-on-canvas featuring, including a still life, a landscape and two portraits, including one of daughter Lynnie.

Cocoy Laurel is better known as a TV, movie, theater and musical celebtrity, but not as well known is that he’s a competent portraitist, having studied Fine Arts at Ciudad Universitario de San Fernando in Madrid, Spain, before he was cast alongside Nora Aunor in the blockbuster 1970s film, “Lollipops and Roses.” For the show, Cocoy exhibits five portraits in oil-on-canvas featuring his mother Celia, sister Denise, and a 1991 portrait of the superstar Aunor.

Lynnie Laurel Castillo, a fashion designer, has ventured into sculptures, and has long been fascinated with the allure and mystery of wood as an artistic medium and subject. Lynnie showcases eight inspired and inspiring coffee wood tableaus with moss and brass. This sculpture sequence captures the elusive narrative of building a family in the modern times.

Iwi Laurel, the youngest of Doy Laurel’s daughters, is better known as a singer, less known as a watercolor hobbyist and coffee artist. Intrigued and enamored by Barako coffee, she combines this organic medium with acrylics and gels to come up with the five mixed-media atmosphere pieces in “Espressió.”

“One of the best memories I have of our Dad is when he would sing his favorite song from the Broadway musical, ‘Camelot’ titled, ‘If Ever I Would Leave You,’” Iwi said. “This song inspired me to paint the four seasons in abstract. Each art piece has a unique combination of several layers of acrylic paint and ground and brewed coffee.”

New York-based Monica Laurel Delgado completes the Laurel family exhibit by her fantastic experiments on and with paint as both medium and subject for her starkly vivid and powerful abstractions. Her seven works in “Espressió” are daring statements on form, color and content.