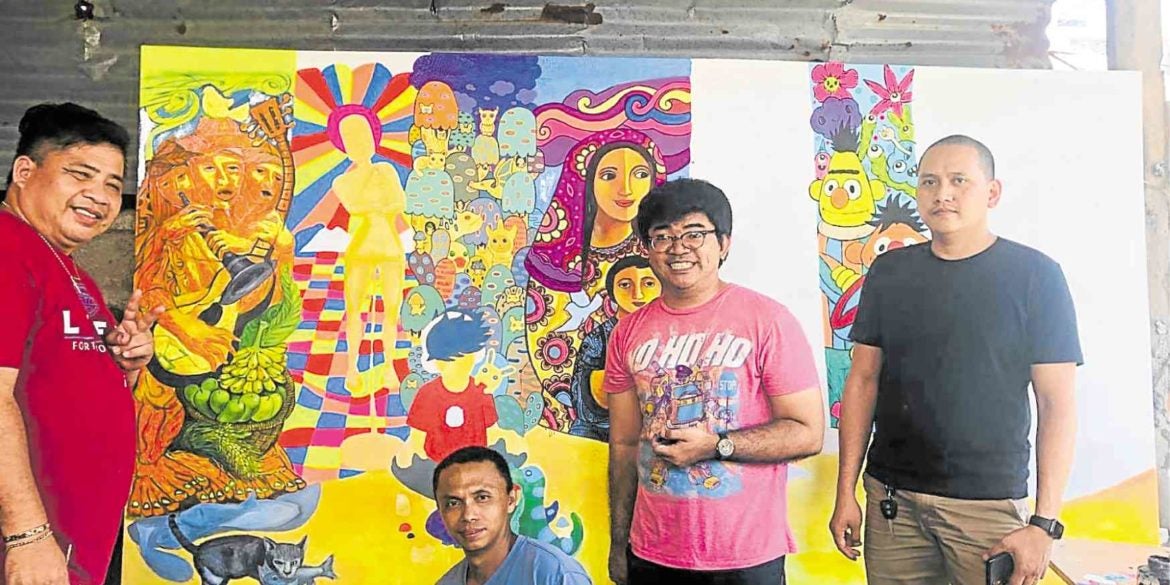 For weeks now, a group of multiawarded visual artists has been furiously brushing colors and deftly detailing painterly strokes on 12 thematic canvas murals for a project that would fulfill a long-time dream of owning and building a home for their community of a thousand artists.

A “Tahanan Sining,” a home to empower fellow artists, to mentor newbies, to motivate creative experiences. A gallery for artists living within and out of the metropolis whose outstanding works have never been exhibited. An office to incentivize networks with acclaimed Filipino and global artists. An educational center to evolve with digital technology and the online business of art teaching and selling. A compass for visual artists.

It will be the “permanent headquarters of the Art Association of the Philippines (AAP), the oldest and biggest local art organization, whose ambitious mission of raising funds for their “dream home” will hopefully be fulfilled this Christmas, after 71 years of homelessness.

Resolute to build their dream, the current set of AAP officers struck a deal with Sacred Heart School-Ateneo de Cebu Batch 1985 led by presidential assistant for the Visayas Michael Diño, to stage a fundraising auction and exhibit, “Artabang 3,” Dec. 7 in Cebu City.

“This way we aren’t subjected to the fickleness of political patronage,” said Sarmiento, AAP president for the past 16 years, referring to the short-lived “Kanlungan ng Sining” at Rizal Park that was padlocked after an administration change.

The three other AAP officers, all branded artists, Roger Santos, Margarita Lim, Monette Alvarez, and their equally motivated AAP members, are monetizing their art for the dream house.

In an alley, on the streets, in a garage, against a block wall, in a living room, artists are interfacing, interacting, blending their creativity on 5 ft by 9 ft and 5 ft by 5 ft canvases.

Literally sweating it out, they perch on tables, squat on stools, sit on bare floors, stand on tables, kneel… bending with their brushes to collaboratively paint their assigned portions of the mural expressions.

“My group of Female Art Addicts are privileged to be invited to this worthy cause,” said watercolorist Margarita Lim. “This will be the legacy for future generation of artists. Finally, a permanent home for AAP.”

A realist painter, Sarmiento further explained that the interaction concept is agreed upon by the respective mural groups, followed by studies and sketches before implementation.

Aside from the collaborative muralists, more than 100 bankable artists are individually brushing bristles or sables in oil, acrylics or watercolor for their obra maestra of the year, donating some 200 paintings.

World-renowned artist Romulo Galicano also threw in his brushes along with his squad, Paspi, the Portrait Artists Society of the Philippines, to help achieve the P20 million target.

With brushes in their hands, the dream in their heads, painting with their hearts, and praying to the Heavens, the artist community from 25 to 70+ years old are one in their Christmas wish—a “Tahanan Sining” in Metro Manila. —CONTRIBUTED