Filipinos have always had unique ways of making Christmas merrier and more exciting. And to make the most out of the merriest time of the year, Lancaster New City Cavite treats homeowners and visitors to exciting month-long Christmas activities, in celebration of its annual #ChristmasHappynings.

Lancaster New City Cavite will gather people together once again for a fun-filled day of exciting activities and an outdoor movie night through Sine Saya 2019 on December 14. This year’s Sine Saya will surely bring more joy, excitement, and kilig, as attendees get to relive the story of George and Primo during the outdoor movie screening of the blockbuster film, The Hows of Us.

Starring one of the hottest love teams turned real-life couples in the country, Kathryn Bernardo and Daniel Padilla, The Hows of Us tells the story of young lovers George and Primo and the struggles that go along with a long-term relationship as they pursue their dreams and passion in life. 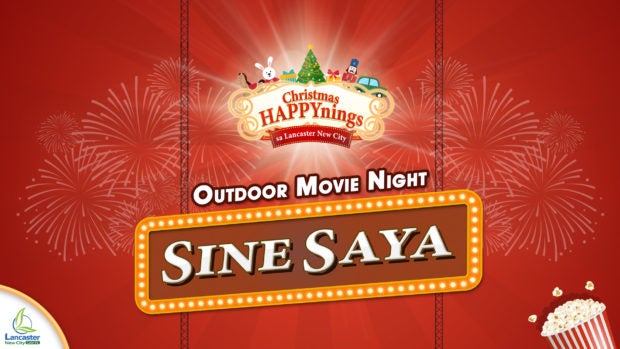 KathNiel fans at Lancaster New City Cavite will surely have a “feels trip” while watching The Hows of Us under the stars. Meanwhile, those who haven’t seen it yet will get to know why the critically-acclaimed film deserves all the recognition it can get.

Sine Saya’s four-part program will kick off with a 30-minute Kiddie Costume Parade, followed by 2 hours of exciting Outdoor Toyland Activities (which include kiddie train, kiddie inflatable, photo opp with Santa Claus, and different booth activities to try), then a performance from Star Magic artists Ylona Garcia, Vivoree Esclito, and Ronnie Alonte, and an outdoor movie screening featuring The Hows of Us. The event will be capped off with a pyromusical display that will light up the night sky after the day’s festivities.