20 BEFORE 2020: The menswear moments and mindsets that stuck | Inquirer Lifestyle ❮ ❯ 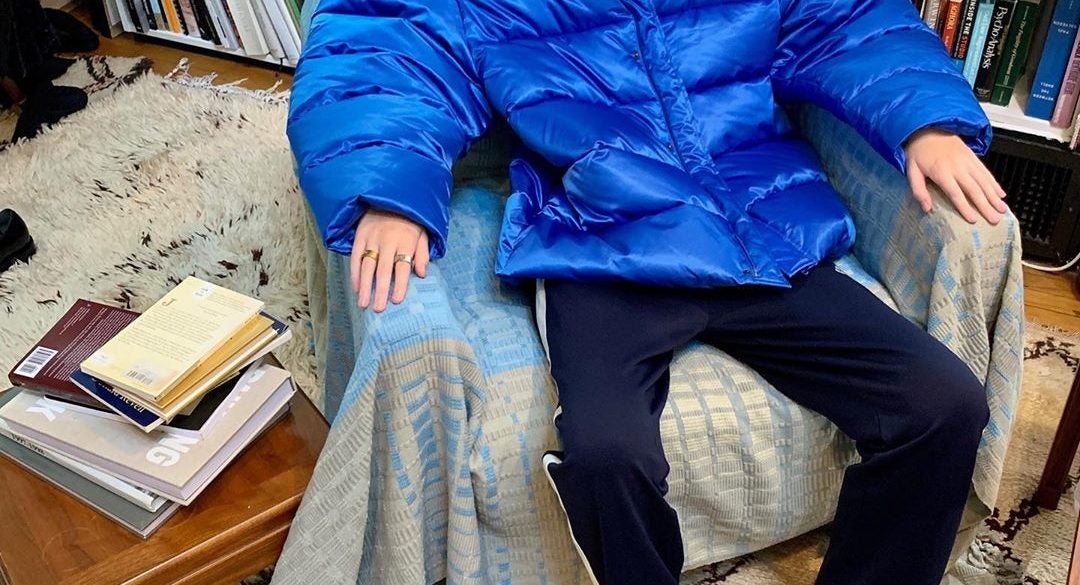 20 BEFORE 2020: The menswear moments and mindsets that stuck

2019 has been a great year for menswear. On one hand, you have guys like Virgil Abloh and Kim Jones slowly but surely gaining a foothold in the big houses, consequently and visibly influencing pop culture at large. On the other hand, a bevy of smaller cult brands have been consistently churning out freshness on the fly, both abroad and here.

Below is my skinny list of this year’s menswear moments and mindsets that I’m taking with me to 2020 and possibly beyond.

Us guys have been matching pieces of clothing since the beginning of time. When I was a kid, I remember I had a T-shirt that said “Mr. Corny” and it specifically had to be always worn with green shorts. It’s the kit. Its going-together is held profoundly by some eccentric internal logic that was unflaggingly unquestionable in the mind of my five-year-old self. Two decades later, the same dedication flies.

I’m thinking of 18 East’s matching vest and cargo pants. I have set in stone elsewhere that if I could wear a single outfit for the rest of my life, it would probably be this. The message here isn’t stringent head-to-toe suiting per se, but what a new kind of suit can look like. I never thought cargo pants are ever coming back, but here they are, as fresh as fruit. I’ve also never really sworn by vests, but if you think about it, they make so much sense!

#2: A dressing down manifesto

Kanye at this year’s Met Gala perfectly illustrates this point. Maybe Dickies stock prices rose and maybe we’ll never know how much Dickies money the fam is swimming in now, but whatever. The true crime here would’ve been to upstage your wife when she’s wearing Mugler couture. The moral to abide by here is that sometimes in the God-tier, you can be casual AF and still run the world. Look at David Beckham courtside wearing a black hoodie. The man looks great and it has nothing to do with the Yohji.

Apologies in advance that the formula “psychedelic animals” may seem to be a poor misnomer for a big vibe that is really more than just off-color leopard print. In that vein, for now let’s take into account this look from John Lawrence Sullivan AW 2019, which can be broken down into digestible pieces: tiger stripes, python, and leather pants, all tinged in glorious orangeness. Have your eyes ever been more opened by a singular lookbook photo?

I’m also talking about the lustrous brown suits at SSS World Cup, and the insane acid wash on jeans at Martine Rose. You get it now? The psychedelic animals are not the print—they’re us.

Harry deserves a spot here somewhere. The guy wore a tutu so we won’t have to. Truth is he may be difficult to really emulate IRL, but he’s inarguably fascinating to watch from the sidelines. Although high-waist, fat-leg trousers may never happen to the rest of us, Mr. Styles is a true beacon for those among us with the wherewithal for it. Did I say Mr. Styles? See, he was born with it.

#5: Our fleet commanders Hedi and Demna

The two best menswear shows this year were Balenciaga and Celine. OK sue me now!

The funny thing is that both designers are getting hated on for pretty much the same thing: regurgitating the same shit without saying sorry. And, worse, the suffocating normalcy of the clothes are driving longtime fashion victims to sit and stare miserably at their walk-ins, thinking, “What was this all for?” The thing is, in matters of life and jawns, it’s good to have a nice and long self-evaluation once every few years.

What’s your menswear mindset for 2020? Sound off in the comments!