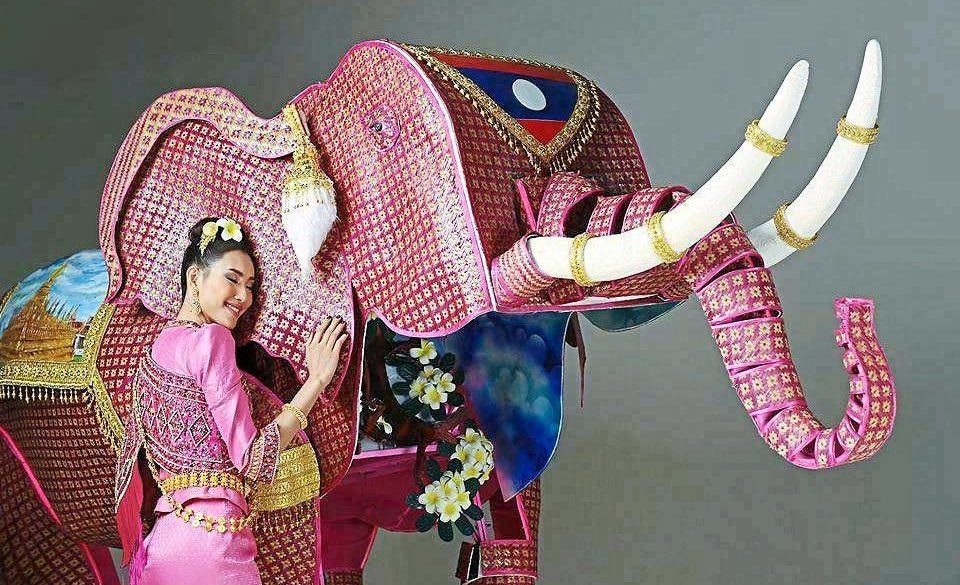 VIENTIANE — Miss Universe Laos Vichitta Phonevilay called on followers to support her after she posted photos of herself wearing the national costume on her Facebook page.

The costume was designed by Khamphee Arangkan, who also designed the national costume for last year’s Miss Universe contestant that won the Best National Costume award at the pageant.

For this year’s national costume, he based the design on the elephant, the national symbol of Laos.

He said the elephant was a strong, kind and magnificent creature, all virtues that are similar to the traits found in Laos and its people.

“In our lifetimes, some of us may never encounter some of the wonders of the world, such as the marvellous rainforests or the majestic Lao elephant, ” he said.

“Future generations may never have the opportunity to see these marvels. Like the rainforests, our elephants are sadly disappearing at a rapid rate due to the ravages of mankind.

“Even if we have never been to the Amazon, or met an elephant up close, we can still feel the pain of losing nature to the devastation of wildfire and climate change.

“We must unite together, no matter what country we are from, to help our Earth. Our animals and forests have no voices, so we must campaign together and speak out to protect and preserve them, ” he added.

In her post, Vichitta thanked Lou Sensouphone of Famous Lighting for the photos of herself in the national costume and Khamphee for his design.

After arriving in Atlanta, United States, she said she was excited to meet and stay with her roommate, Miss Universe Thailand Paweensuda Drouin.

She added that she was happy to join various activities related to the pageant with friends and other contestants.

She said she would do her best to promote Laos and its culture.

The final round of Miss Universe 2019 will be held on Dec 8, and Vichitta urged all Lao people to cheer for her so that she could emerge the winner of the contest.