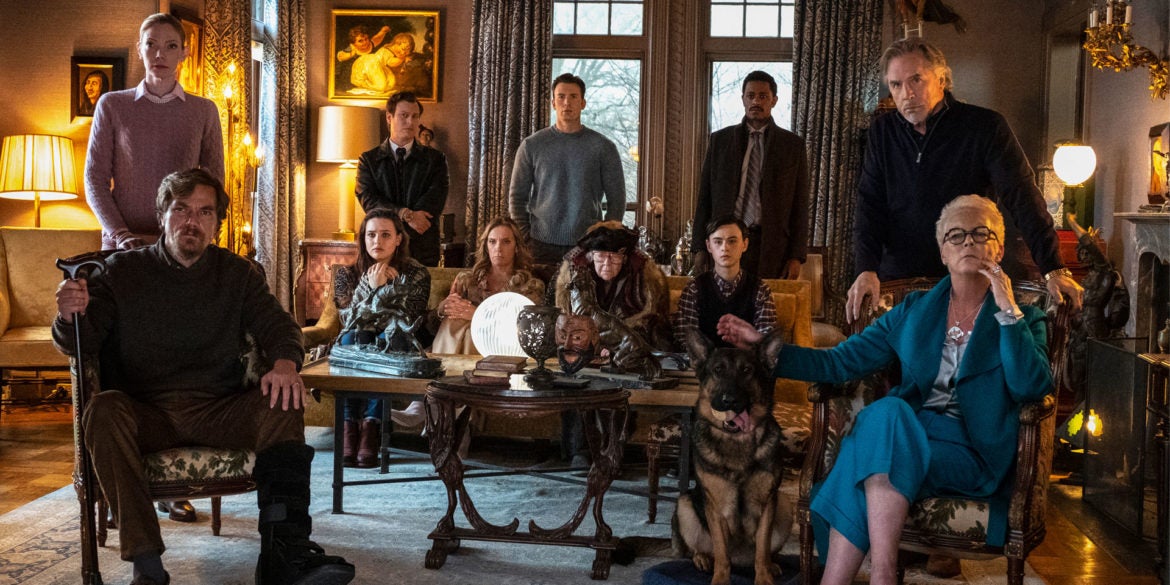 ‘Knives Out’ is the Agatha Christie-style murder mystery 2019 deserves

Writer-director Rian Johnson’s “Knives Out,” his first film since his “The Last Jedi” made him the first solo writer-director of any Star Wars film since George Lucas, is a smart, multilayered whodunnit in the style of Agatha Christie’s famous mysteries, but one that is very much set in 2019. It also features a murderer’s row of fine actors doing splendid work, and the entire project is suffused with a fun spirit that carries from opening logos to end credits.

Harlan Thrombey (Christopher Plummer) is an elderly patriarch, a bestselling author of mystery and crime novels. His family is home to celebrate his 85th birthday, but the wealthy and celebrated writer is found dead the next day, an apparent suicide. So then why is the renowned gentleman sleuth Benoit Blanc (Daniel Craig) on hand while detectives ask the family certain questions? So begins a twisty tale filled with secrets and obfuscation, in a house filled with clues, a mystery very aware of the tropes it plays with.

The ensemble cast is great: Michael Shannon is the eldest son, Walt, who runs the publishing company that handles Harlan’s books; Jamie Lee Curtis is the eldest daughter, Linda, who has a successful real estate company, with Don Johnson as her husband, Richard; Toni Collette is the widowed daughter-in-law, Joni, who stayed close to the (wealthy) family, a self-styled “lifestyle guru,” whose daughter Meg (Katherine Langford) is in private school; Riki Lindhome is Donna, Walt’s wife and mother to Jacob (Jaeden Martell), an alt-right internet troll; Chris Evans is Ransom, son of Linda and Richard and the black sheep layabout playboy; Ana de Armas is Harlan’s caregiver; and Edi Patterson is Fran the housekeeper. Any one could be the culprit, and the film has a lot of fun in sorting out who’s lying because they’ve got something to hide (hint: it’s almost all of them). The “interrogation” sequence is edited in such a way that testimonies begin to crash into one another, and if the audience is attentive, can begin to put clues and inconsistencies together.

Apart from the plot mechanics and fine performances and sustained tension, the film also gets to be modern: commenting on the age of Trump and the accompanying clashes regarding immigration, class and privilege. Jacob is an alt-right troll, Meg is termed a Social Justice Warrior. But in a surprising though not unfamilar way, Johnson is able to make his whodunnit a case for hope.

“Knives Out” is a meticulously planned story with great players and a fun style (helped very much by composer Nathan Johnson) that keeps audiences guessing until they aren’t, but the tension never lets up as new challenges await. A clear and welcome contender for best of the year.