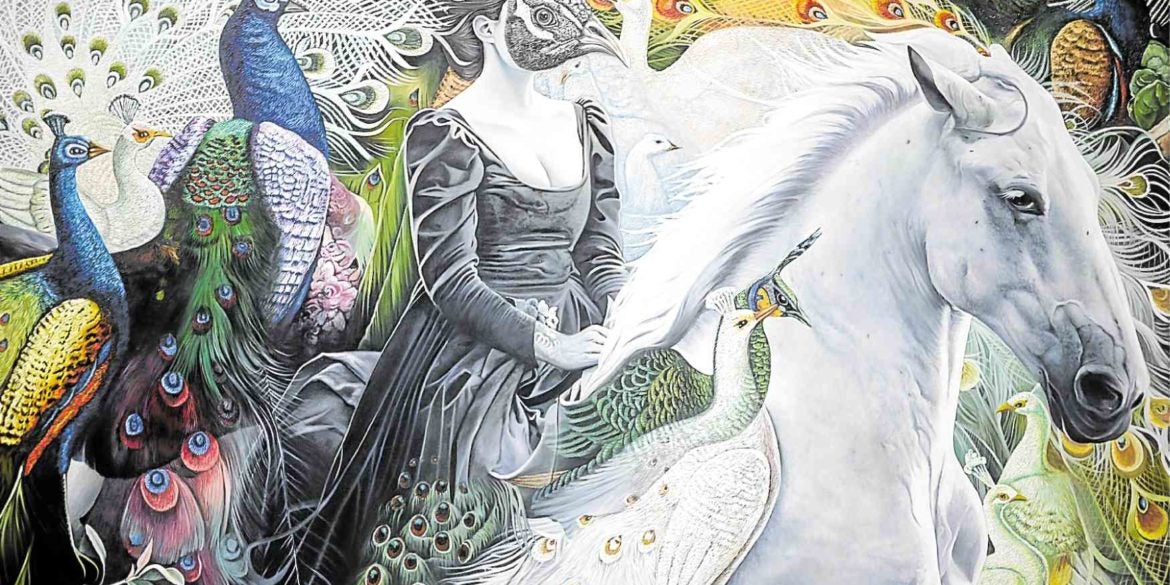 Jaime Ponce de León doesn’t seem to be the type to believe in luck, but mere minutes after León Gallery’s Kingly Treasures Auction 2019 came to a very successful end, he couldn’t help but exclaim how lucky they where to have been able to put together a smash collection for art auction leader’s year-end sale.

“For us auction houses, it is very difficult to assemble such an astounding collection,” De León said. “We’re fortunate in this sale that the stars aligned and that we had the best Fernando Zobel, as well as an exceedingly beautiful BenCab and Ang Kiukok works from his best period, and the best Lee Aguinaldo from his very early ‘Linear’ series. This actually shows the demand of the collecting community… once quality is present, buyers will troop.”

The large contemporary work, “Procession” by Andres Barrioquinto, a highly surreal and very colorful work of exotic birds and their plumes went for P17.52 million, a world record for the artist in an auction.

Other impressive sales include a contemporary interpretation or reimagining of the classic work by Felix Resurreccion Hidalgo, P9.34 million; Fernando Amorsolo’s “Tinikling” at P8.76 million; Lao Lianben’s “Buddha,” which was heavily contested by at least three bidders before selling at P7 million; two “Mother and Child” pieces by Ang Kiukok at P5.84 million each; and an untitled skyscape by Betsy Westendorp at P2.8 million.

Since the Kingly Treasures auction was held Nov. 30, the birthday of Katipunan founder and Philippine revolutionary leader Andres Bonifacio, several historical documents and relics related to the revolutionary movement were successfully bid out.

The extremely rare and exceedingly important historical document of the Katipunan Blood Oath went for P4.43 million from a starting bid of P500,000.