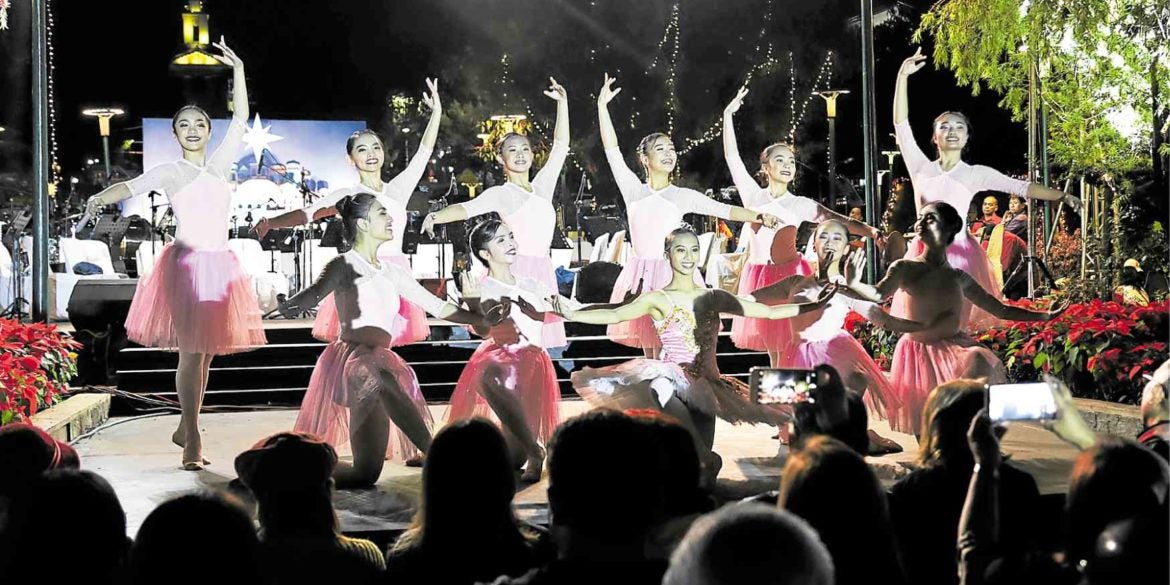 The Philippine Philharmonic Orchestra (PPO), through the Cultural Center of the Philippines (CCP), serenaded Baguio City with Christmas and OPM medleys during the opening of the Baguio Christmas Fair last Nov. 24 at Burnham Park.

Thousands of locals and tourists who filled the iconic park enjoyed PPO’s rendition of holiday classics such as “The Nutcracker Suite,” “Kumukutikutitap” and “So This Is Christmas.” The orchestra, under the baton of maestro Herminigildo Ranera, was also joined by Baguio Ballet and The Nightingales.

The fair is the newest feature of Baguio City to attract more tourists during the yuletide season. Inspired by European Christmas villages, it features 20 curated chalets represented by local stores.

The Baguio Christmas Fair will run until Jan. 10 next year.

Arsenio “Nick” Lizaso, president of the CCP, graced the event and told the Inquirer that Baguio’s would be the first Christmas concert of the PPO this year. The Bayanihan National Folk Dance Company, a resident CCP company, had also performed in Burnham Park the day before, he added.

Lizaso said the performances were part of the CCP’s outreach program where its resident companies would be brought to the regions to showcase their Philippine performing art talents for people who otherwise would not be able to attend performances in the CCP in Pasay City.

“Since there are many people who can’t come to the CCP, the CCP will go to them,” said Lizaso. “That’s the objective. We are doing well in the center and we have many shows but not all are able to come.”

Lizasoo added he had brought the PPO and other CCP companies to Bacolod, Bohol, Koronadal, Laguna and Aklan.

Lizaso declared he felt fulfilled in his attempts to make the CCP closer to the people. “If you ask me about fulfillment,” he said, “I’m very happy because we reach people from all walks of life.”

The performances of the PPO and Bayanihan in Baguio were just one of the many outreach programs of the CCP lined up in the coming months. Lizaso said he would welcome invitations and collaborations with local governments in the regions so as to bring CCP resident companies to them.