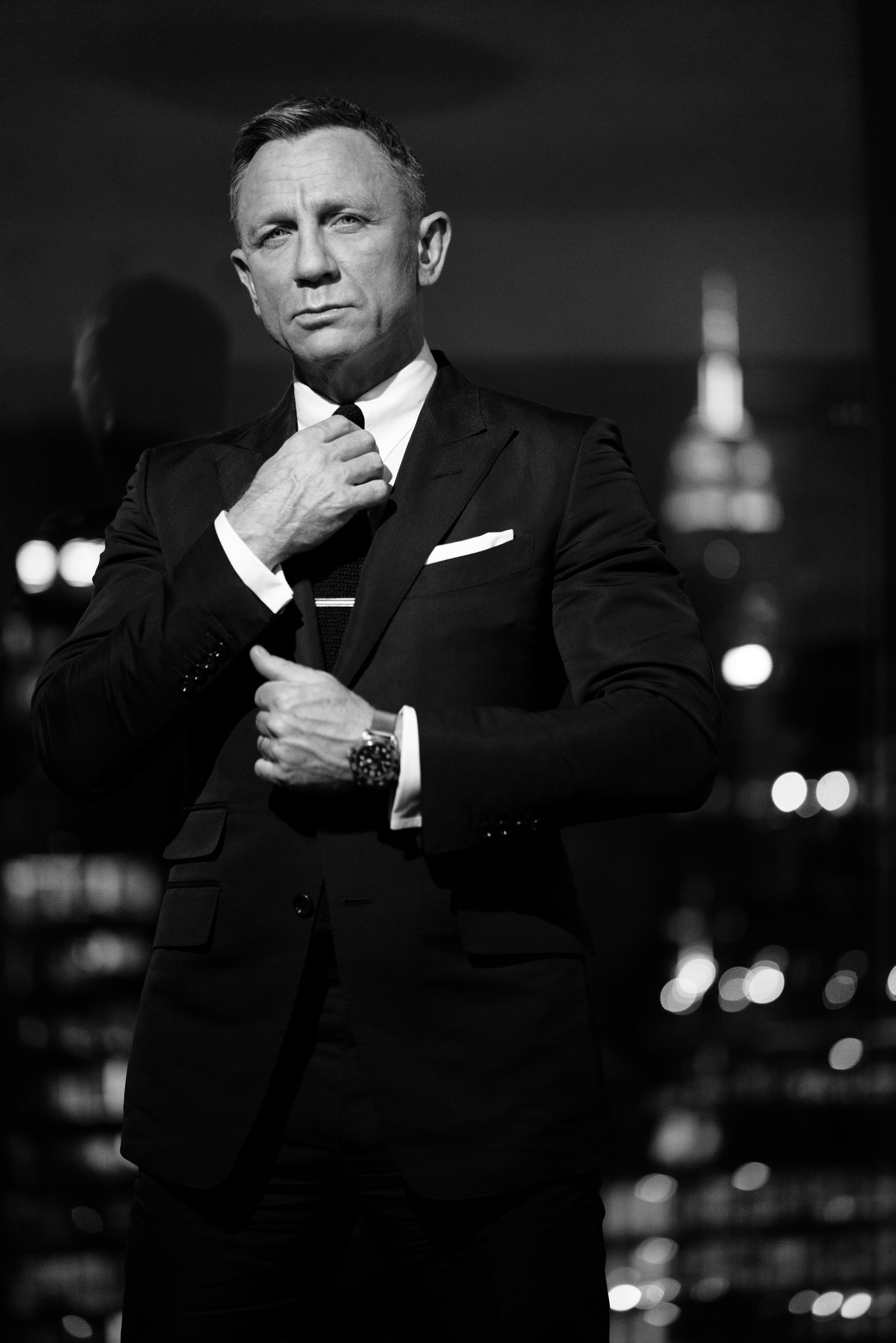 The Bond watch is revealed

OMEGA is delighted to unveil 007’s newest timepiece that will feature in the 25th James Bond film, No Time To Die, set to arrive in cinemas in April 2020.

Appearing on-screen will be a thrilling new Seamaster Diver 300M 007 Edition. First launched in 1993, the Diver 300M has built its legacy with real-life divers and style aficionados, as well as becoming the quintessential wrist-wear of James Bond.

OMEGA has worked closely on the development of the Bond watch with Daniel Craig and the filmmakers, whose knowledge of James Bond has brought invaluable insight to OMEGA’s watch developers and designers. Daniel Craig’s own experience as 007 has also influenced this exciting final design.

THE WATCHES WORN BY JAMES BOND

James Bond’s story with OMEGA begins. When 007 is trapped in the villain’s armoured train, with the seconds ticking away before it explodes, the British spy uses the watch’s built-in laser on the bezel to cut through the steel plate, enabling him to leap free in the nick of time.

In his second adventure as James Bond, Pierce Brosnan wears the automatic chronometer version of the famous  OMEGA Seamaster Diver 300M. In the film, it incorporates a detachable remote-controlled detonator.

When James Bond is caught in an avalanche, his life is saved by an inflatable ski jacket while his OMEGA’s LED lights bring welcome relief in the darkness. Later, when Bond is trapped at the bottom of a nuclear bunker inspection pit, he unveils the Seamaster’s miniature grappling hook, fired by pressing the helium escape valve.

Bond unleashes his trusty Seamaster model with two modifications: a  detonator pin replacing the helium release valve, which is controlled by twisting the bezel, and a  laser-shooting from the crown, which is activated by pressing on the actual dial.

This watch was the first OMEGA worn by Daniel Craig in Casino Royale. It is a rubber-strapped, black-faced Seamaster Planet Ocean 600M Co-Axial Chronometer with an impressive 45.5mm diameter case.

This is the model worn in the first scene between James Bond and Vesper Lynd on a train. A subtle update from earlier models, and with an attractive blue dial, it catches the eye of Vesper who simply describes it as “beautiful”.

Speeding along the shores of Lake Garda in the film’s action-packed opening scene, Bond can be seen inside his Aston Martin DBS wearing this stylish model. With a cool, classic black dial and bezel, this Planet Ocean model represents a slightly slimmed down version of the traditional Bond watch.

Worn in the action-packed film Skyfall, this Seamaster was involved in many of the most memorable scenes, including the dramatic motorbike chase through the streets of Istanbul.

With its blue dial and striped finish, the OMEGA Seamaster Aqua Terra is powered by the same incredible movement as the Planet Ocean.

This classic and robust timepiece represents a tribute to OMEGA’s rich maritime heritage, perfect for Bond’s naval pedigree. With a sun-brushed and lacquered blue dial, this certified 41.5mm chronometer is powered by the OMEGA Master Co-Axial calibre  8500.

Not only is this 007’s first OMEGA watch with a NATO strap, but it also delivered a classic edge of diving style and design. Other interesting features include the lollipop central seconds hand and the bi-directional rotating GMT bezel. In the film, the watch hides an explosive secret that again helps Bond out of a difficult situation.

OMEGA worked closely with Daniel Craig to create 007’s latest on-screen watch and the results were truly impressive. Emerging from the collaboration was this stylish 42 mm timepiece crafted from strong yet lightweight Grade 2 Titanium.

When James Bond embarks on his next mission, a new OMEGA watch will appear on screen. The Seamaster Diver 300M 007 Edition has been purposefully built with military needs in mind and was even designed with input from actor, Daniel Craig. This non-limited watch will be placed in OMEGA’s iconic current collection from February – available to customers either on a titanium mesh bracelet, or a striped NATO strap in dark brown, grey and beige, with 007 engraved on the loop.

Each 42 mm timepiece has been crafted from Grade 2 Titanium, which is used for the case and bracelet with its innovative adjustable buckle. This special material is particularly strong and lightweight, making it perfect for an undercover agent. Special new doming of the sapphire-crystal glass has also created a slightly slimmer watch than the standard Seamaster Diver 300M models.

For this watch, OMEGA has introduced an aluminium dial, with a colour that replicates the aged brown hue that certain vintage dials turn over time. This colour tone is referred to by collectors as  “tropical”. The aluminium bezel ring of this watch also features the same colour shade.

On the caseback, you’ll find a series of numbers, which follow the format for genuine military-issue watches. “0552” is a naval code-number, with “923 7697” being the number for a divers’ watch. The letter “A” signifies a watch with a screw-in crown, while is, of course, James Bond’s iconic agent number. Finally, the number “62” refers to the year of the very first James Bond film.

When designing this captivating new watch, OMEGA remained in close contact with Daniel Craig and the filmmakers. Daniel Craig’s influence and advice played a big role in the final result. He says, “When working with OMEGA, we decided that a lightweight watch would be key for a military man like 007. I also suggested some vintage touches and colours to give the watch a unique edge. The final piece looks incredible.”

The new watch is completed by a NAIAD LOCK caseback, which keeps all of the engravings in correct alignment. Inside, it is driven by a particularly impressive movement – the OMEGA Co-Axial Master Chronometer Calibre  8806, which has achieved the industry’s highest standards of precision, chronometric performance and magnetic resistance.

For adventurous customers who choose this Seamaster Diver 300M 007 Edition model, it will be delivered in an exclusive brown fabric pouch. The watch is water-resistant to 30 bar (300 m / 1000 ft) and comes    with

OMEGA is a company of the Swatch Group, the largest manufacturer and distributor of watches and jewellery in the world.