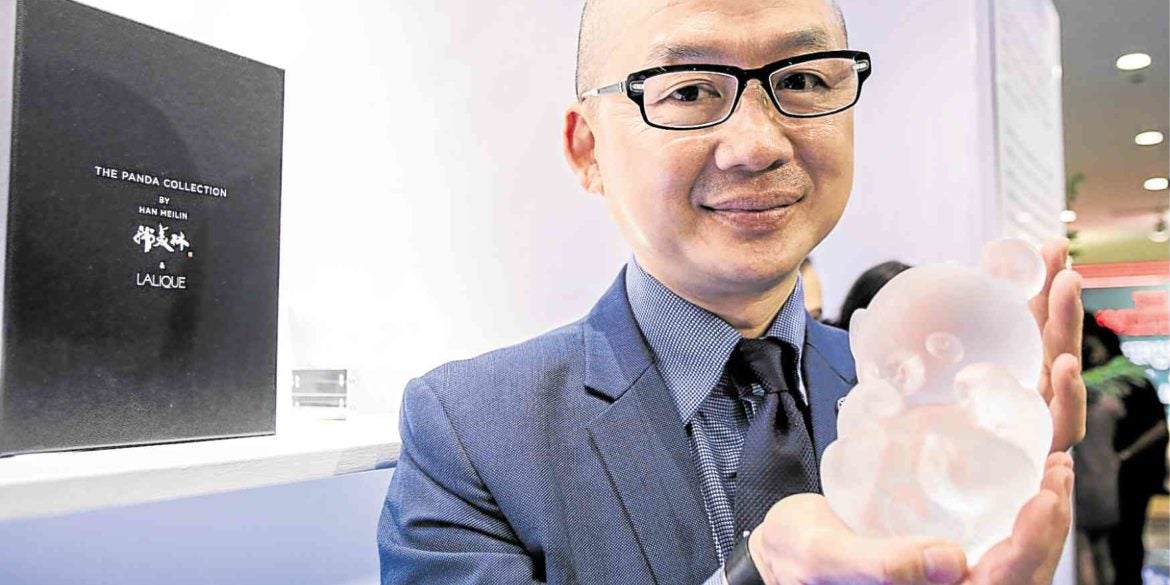 82-year-old Han Meilin’s sculptures were inspired by Yuan Meng, the first panda to be born in France

The quintessentially French luxury lifestyle brand Lalique—world-renowned for exquisitely crafted sculptures and ornaments in lead crystal—turns east with the Philippine launch of its Panda and Aquatique collections through the Lalique boutique at Rustan’s Makati.

Designed by the 82-year-old Chinese artist Han Meilin, who was designated a Unesco Artist for Peace in 2015, the pair of male and female panda sculptures was inspired by Yuan Meng, the first panda to be born in France.

The seated male figurine was christened Yuan-yuan, and the supine female figurine Meng-meng, after a waiting period of 100 days in deference to Chinese tradition.

The pandas come in two sizes: the large figurines come in a limited edition of 55 pieces, and retail for a cool P1,850,000. The smaller pandas were produced in an edition of 888 pieces and sell for P90,000 each.

Also launched was the Lalique Aquatique collection, inspired by various forms of sea life considered auspicious symbols in many Asian cultures. These include koi, which are believed to bring good luck and long life, and fighting fish, which symbolize vigor and virility.

The motifs are expressed in a variety of forms such as vases and votive figurines.

The significance of Rustan’s long partnership with Lalique was underscored by the presence at the launch of Ambassador Bienvenido Tantoco, founder of the Rustan’s Group, among other guests.