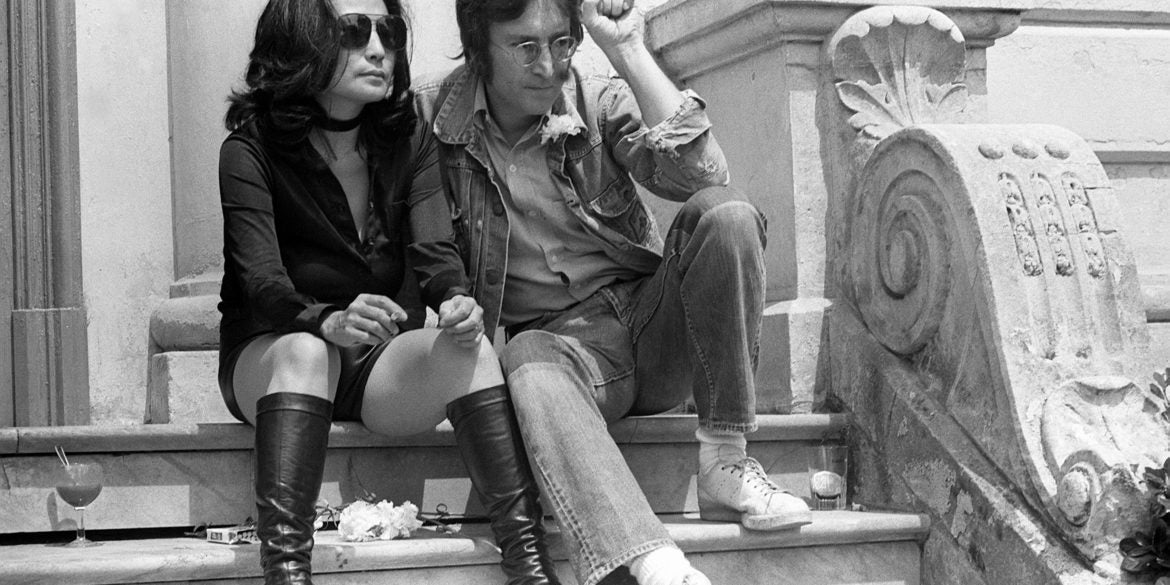 A pair of John Lennon’s sunglasses The Beatles legend once left behind in the back seat of a car sold Friday for nearly $200,000 at an auction in London.

Billed as one of the most famous specs in rock-and-roll, the round, green-tinted lenses and their golden frame belonged to Alan Herring, the chauffeur for the Liverpool quartet’s drummer Ringo Starr and band mate George Harrison.

“In the summer of 1968 I had picked John up with Ringo and George in Ringo’s Mercedes and driven the boys into the office,” Herring recalled in a statement released by the Sotheby’s auction house.

“When John got out of the car I noticed that he’d left these sunglasses on the back seat and one lens and one arm had become disconnected. I asked John if he’d like me to get them fixed for him. He told me not to worry they were just for the look!”

The sale included other Fab Four collectibles, including a hippy necklace with cowbells warn by Harrison, which sold for £10,000.

“For my family’s sake it makes sense for me to say goodbye to my collection now while I can still tell all the stories behind everything,” Herring said.

Lennon was stabbed to death by a crazed fan outside his Manhattan apartment building in 1980 when he was 40, and Harrison died of lung cancer at the age of 58 in 2001.

Cover image: Music legend John Lennon and his wife Yoko Ono pose for photographers in Cannes 17 May 1971 where they presented their movies ‘Apotheosis’ and ‘The Flu’. (Photo by AFP)