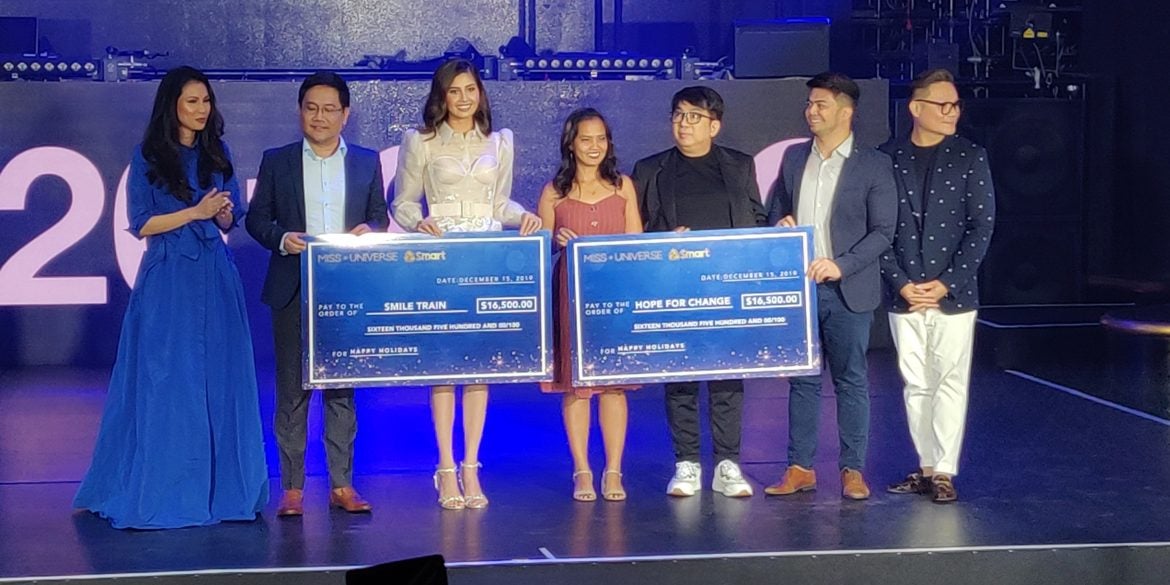 MANILA, Philippines—Shamcey Supsup-Lee was formally presented as the new Miss Universe national director for the Philippines in a brief segment at the staging of the 2019 Global Asian Model Philippines contest at the Cove Manila club at Okada Manila in Parañaque Ciy on Dec. 13.

Lee, who finished fourth in the 2011 Miss Universe pageant in Sao Paolo, Brazil, turned over $16,500 each to Smile Train Philippines and Hope for Change. The amount came from the Miss Universe Organization (MUO) and Smart Communications.

During the presentation, Lee was accompanied by the other top officials of the Miss Universe Philippines (MUP) Inc.

Entrepreneur and queen maker Jonas Gaffud, who trained Wurtzbach, Lee, and Ramos under the Aces and Queens “beauty camp,” will retain the creative director post he assumed last year.

Lawyer Nad Bronce, who was also with Aces and Queens, will be the head of legal affairs, while Mario Garcia was appointed business development and marketing head.