When an imperfect Christmas is enough | Inquirer Lifestyle 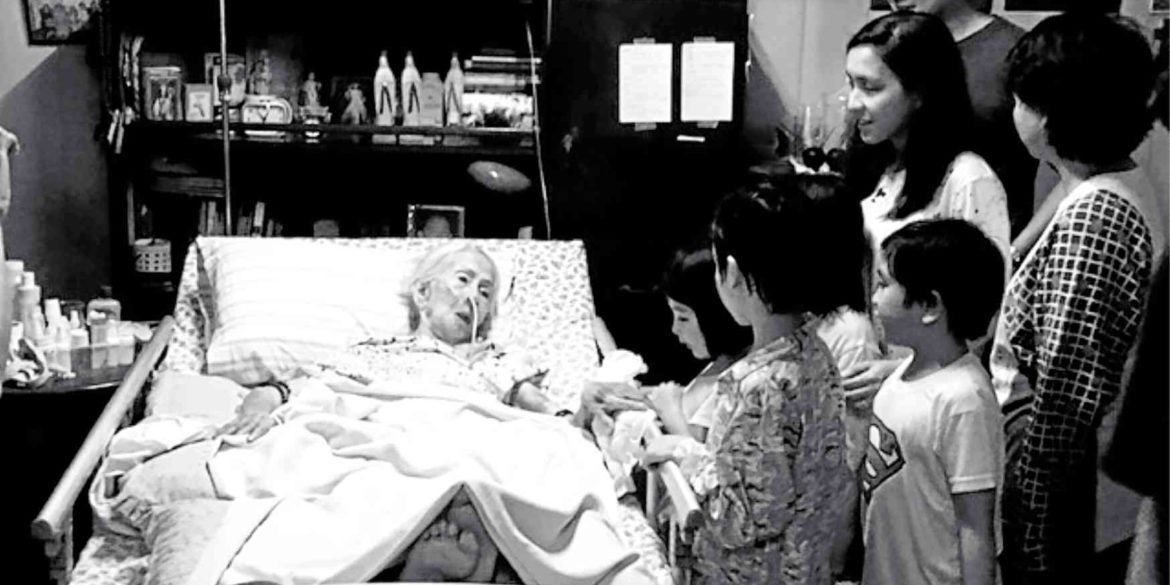 When an imperfect Christmas is enough

It started last October, the beginning of the last quarter that would imprint 2019 as my annus horribilis.

My then 94-year-old mother was hospitalized for five days for pneumonia, a development that left me so stressed, negative and resentful that I ended up hospitalized myself, in a self-destructive mini-breakdown.

That’s what happens when you try to do everything yourself, by the way.

It was a blessing that my doctor, who was out of town, answered my last-minute text (“Do you have clinic tomorrow? I’m getting a lot of scary ideations”), and got my friends to make sure I was checked into a hospital for the night.

I left rested, and with new medications for a confirmed bipolar disorder. Apparently, it sometimes appears in women in later years, and the “high” in the extreme swings don’t have to be giddy happiness.

In my case, I would fly into rages against people around me; I even challenged a motorcycle-riding wang-wang escort to shoot me in crowded Guadalupe traffic, screaming at the top of my lungs (not that he didn’t deserve it).

As a bipolar friend said, you know you need help when your reaction is no longer commensurate to the trigger.

Also, I had stopped praying for a while. I was angry and hopeless, and after I had thought about killing myself, I was like a kid who didn’t want to face her father after being caught doing something bad.

The new medicines I received, which included a mood stabilizer, worked wonders. I also started praying again, via a conduit that came highly recommended by my boss, among others: Mama Mary.

I have not been the biggest Marian devotee, but I have long found myself escaping into the rosary in traffic to keep my spirits up—and it worked. You know how you ask your mom to explain things so that Dad isn’t so angry? That’s exactly how it was, and I was genuinely happy when we celebrated Mama’s 95th birthday last Nov. 9.

That state of mind came in handy when we rushed Mama to the hospital again two weeks later, straight into the ICU, for a new bout of pneumonia, water in her lungs, and a dangerously low level of oxygen in her blood.

Having a relative in the ICU is hell, as there is no place to sleep inside the room. I will be eternally grateful to Mama’s yaya Dang, who, in her own words, curled up “na parang balut” in a chair in the freezing room, and remained in good cheer despite the lack of sleep.

When we finally got transferred to a regular room (read: with some place for a companion to sleep), I gave Dang the weekend off and spent two nights at the hospital.

One morning, I had to summon my two living brothers, as Mama suddenly began hyperventilating, her heart rate jumping to an alarming 174 beats a minute. Before the boys came, she also began hallucinating—at least, that’s what doctors would say, although we who believe in an afterlife know otherwise.

“Do you still remember me?” she said, looking straight ahead to nobody in particular. “Can you see somebody?” I asked; she nodded. “Is that Daddy?” I asked, referring to my late father; she nodded.

“We want you here for Christmas,” I whispered, “but if you want to go with Daddy, go na.” Mama nodded, but after the nurses gave her a sedative, she still rallied.

The next few days were even more challenging, as it seemed the universe was conspiring to keep life in suspense. When we thought we were ready to bring her home, she would get a fever, then, another rise in her heart rate, or a suspected infection.

Finally, after searching for a palliative care group that could handle her at home, I opted for one that came highly recommended by three different people. They’re expensive, but I am grateful my father provided for my mother, such that she can actually afford her own medical care, and we don’t have to scramble for resources just yet.

The day after I called, a palliative care nurse was in the hospital to receive instructions, accompany my mom in the ambulance home, and settle her in.

So Mama has been home since Dec. 5, under the care of an independent group headed by a wonderful doctor. I’ve gotten used to having nurses walking around at all hours in the room we have shared since I moved permanently back in with her last year, or having the lights and air conditioner constantly on, or my dogs barking suddenly.

I’m now used to sleeping in two segments: before the replacement nurse arrives at 6 a.m., and after. I haven’t had a straight night’s sleep in weeks.

My daily life is also about stocking up on whatever she needs, whether it be gauze, the milk she feeds on through a tube, or the restricted opioid she needs to keep episodes of difficult breathing at bay (which often requires calls to several drugstore branches to search for stocks).

Strangely, though, despite being tired, I’ve found myself floating about in a haze of gratitude. I’m grateful that my siblings are in there with me; my sisters-in-law were there for hospital shifts, and another cooks regularly to help Dang feed our new house-full of nurses and a caregiver.

Because they’ve got Mama, I’ve been able to work, take up lunch and dinner offers from friends (free food, because they think I’m so deprived, haha!), and attend some selected parties close to home. I’ve already apologized to friends who won’t be getting Christmas gifts this year; I’ve promised to catch up for Valentine’s.

One recent morning at 2 a.m., before her doctor decided on the regular, tiny dose of calming opioid, Mama had another frightening episode of difficult breathing. The nurse acted quickly to calm her, but I again had the time to ask her if she was tired, and she nodded her head with a huge sigh.

I reiterated my assurance: We will be okay. I will be okay. And then, inspired by the recent feast of Mama Mary’s Immaculate Conception, I said the rosary in her ear and repeated the lines from the Magnificat: “I am the handmaid of the Lord; be it done to me according to thy word.”

It calmed Mama down just as much as it brought peace to my own heart.

Maybe it’s not my idea of a perfect Christmas, but does such a celebration exist, even with the best food and the most fabulous gifts?

Will humans ever be free of pain, or illness, or a longing for someone or something gone?

Maybe imperfect moments remind us of just that—that we are human, we are limited, we are at the mercy of fate and forces beyond our control.

How else can we know how perfect a gift can be, unless we endure the lack of it?

We will only truly find perfection in the one whose coming we celebrate—a birthday that was itself imperfect, simple and fuss-free, but necessarily so.

The other day, stuck in traffic, I decided to call people to greet them (hands-free, of course). One of them texted to say how the call really meant more than any gift.

So yes, I am counting my blessings. My mother is alive, home, and often lucid enough to smile at her grandchildren. I am able to work, write and sleep with my dogs. We have the resources to take care of Mama, give gifts (I assembled gift bags for the household staff in a record two hours last week), and still look forward to noche buena without wondering where to get the money, or go into debt, or steal from anybody.

I don’t know how much longer we will have Mama, but what we have now is enough. It’s an imperfect Christmas, but it’s as perfect as I need it to be.