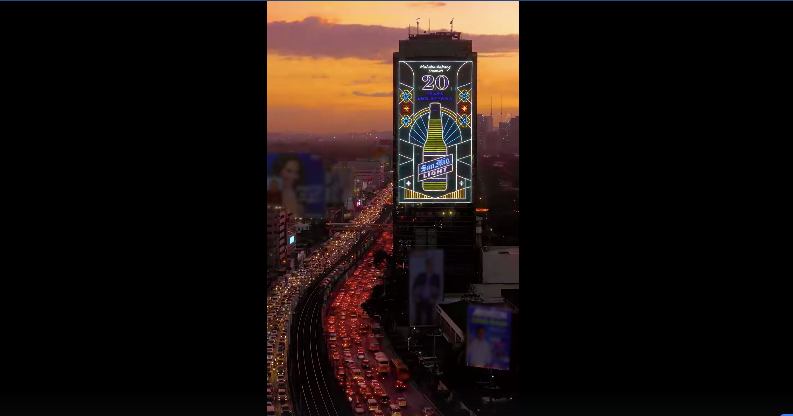 As it continues to celebrate 20 years, San Mig Light sets EDSA aglow with a gigantic version of a digital greeting card. A Christmas display featuring the crowd-favorite drink and spanning the PET Plans building facade along EDSA  was unveiled this week to send everyone off to a great holiday season.

The billboard, which highlights the San Mig Light mantra “mahaba-habang inuman,” features a big bottle of the popular low calorie beer and graphic representations of the parol and fireworks.

A part of a series of activities, the installation of this immense display is San Mig Light’s way of thanking the public for two decades of patronage. San Mig Light has become a staple, especially in holiday festivities that tend to dot calendars during the season.

San Mig Light draws in even more fans as it offers a tummy-friendlier version at only 100 calories per 330 ml—perfect for get-togethers that extend to long hours of catch-up conversations among family and friends.