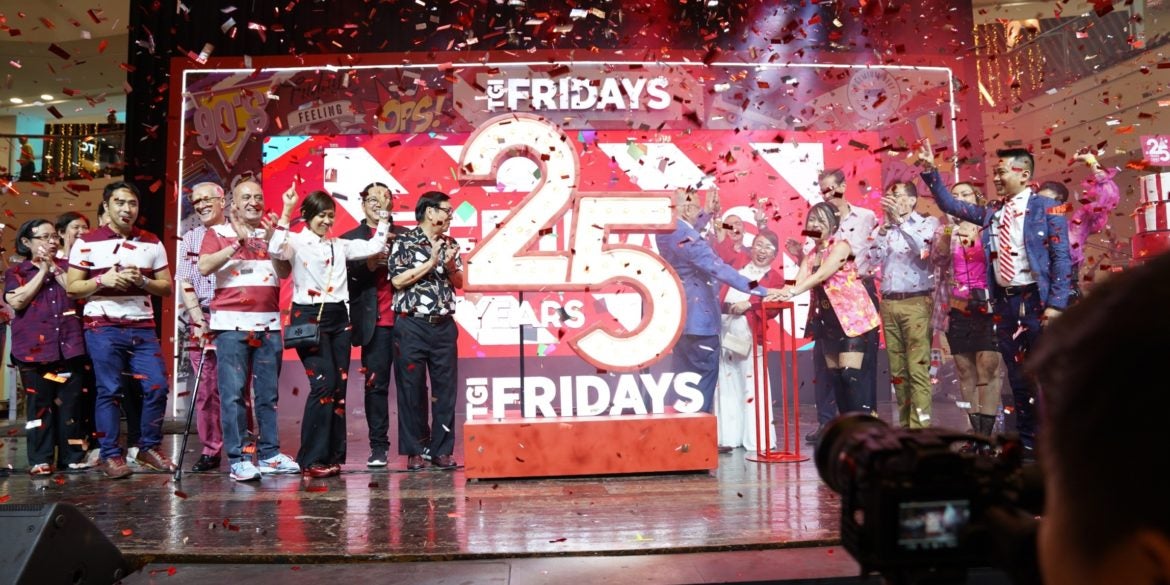 It was all about the funky 90s vibe with fun, great food, good music, and heart-warming memories as TGIFridays celebrated its 25th birthday in the Philippines!

TGIFridays’ management and staff,  loyal guests, friends, members of the media and influencers gathered together in a party held on November 26  at the Glorietta Activity Center located in the same mall where it opened its first branch in 1994.

Tamagotchis, cassette tapes, Rubiks cubes, and other items reminiscent of the decade embellished the venue to showcase the 90s feel. The photo wall, meanwhile, was a mix of everything symbolic of the decade’s pop culture. Guests were requested to come in swinging 90s garb or in red and white stripes, the colors of Fridays. 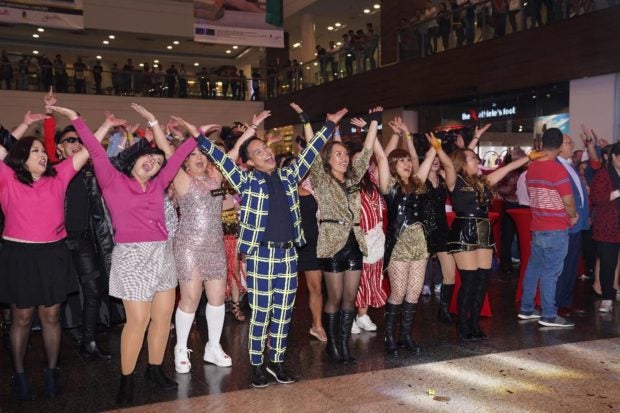 For 25 years, TGIFridays has been part of countless birthday celebrations, with its staff participating with upbeat songs for the birthday celebrants. This time, it was TGIFridays’ turn to throw its own birthday party on one memorable night. 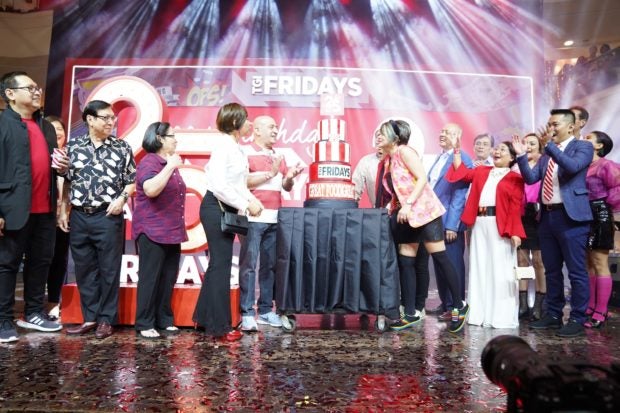 This was followed by a digital countdown and ceremonial lighting of a marker that symbolized  25 years of TGIFridays, led by The Bistro Group’s William Stelton, Chairman and CEO; Jean Paul Manuud, President and COO;  and the company’s Execom Committee.

A party wouldn’t be complete without a birthday cake. So as the whole venue lit up, a special cake was rolled in and candles were blown!  At that instant, the TGIFridays staff and crew sang the special “Fridays birthday song” together with the crowd.

As soon as the last confetti dropped, guests were treated to a flairtending exhibition and a performance by stand-up comedian, Alex Calleja.

The revelry was far from over and rose to fever-pitch as a dynamic performance of party band Verse Two concluded the rockin’ milestone!

“Our team is happy to spend TGIFridays’ 25th year with our guests tonight who have been and will always be part of our journey. We look back with pride in the last 25 years and we look forward with much optimism about what TGIFridays will have in store for you,” said Manuud.

VP for Operations, Rechele Tiongson, meanwhile, added that they have another exciting promotion coming up on December 11.  This will be offered simultaneously across all Fridays stores nationwide. Every table at 1 pm and 7 pm gets the popular Chilli Ballpark Nachos for free and every person gets a complimentary beverage. 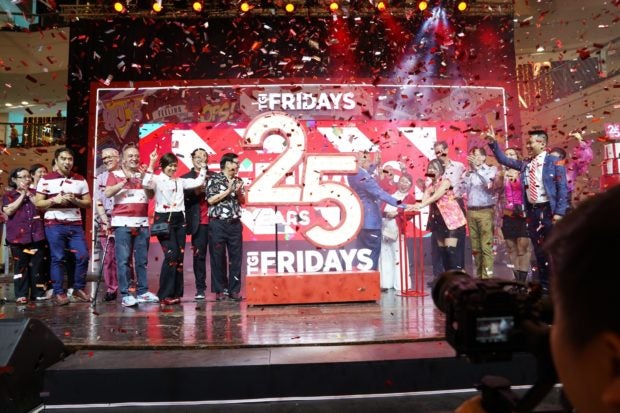