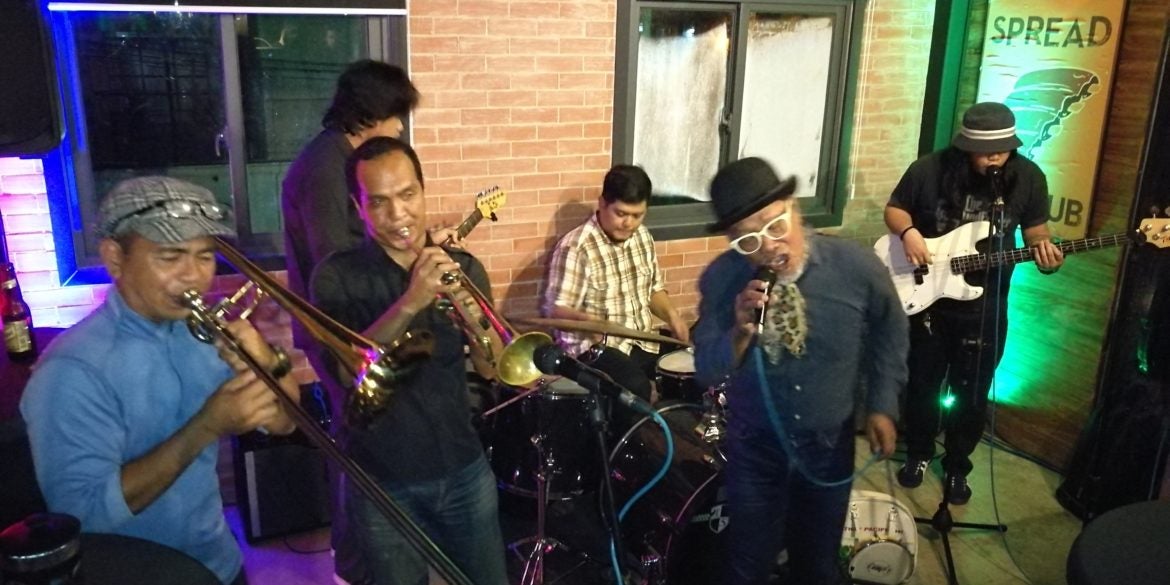 Bing Austria (second from right) and the Flippin Soul Stompers.

Flippin Soul Stompers frontman Bing Austria is back after suffering from a rare foot ailment, and he’s performing with his band on Jan. 18 at The Smoking Joint in Makati.

The singer-songwriter, who first gained notice in the 1990s as keyboardist of the band Put3Ska before forming his own group Juan Pablo Dream, told Inquirer Lifestyle that it felt good to be onstage again after being forced to be bedridden for several months due to his foot ailment.

Austria and the rest of Flippin Soul Stompers found time to grace the 34th anniversary of the Philippine Daily Inquirer last Dec. 9 and play a few songs that got the paper’s management and staff dancing.

The band’s gig at The Smoking Joint starts at 9 p.m.