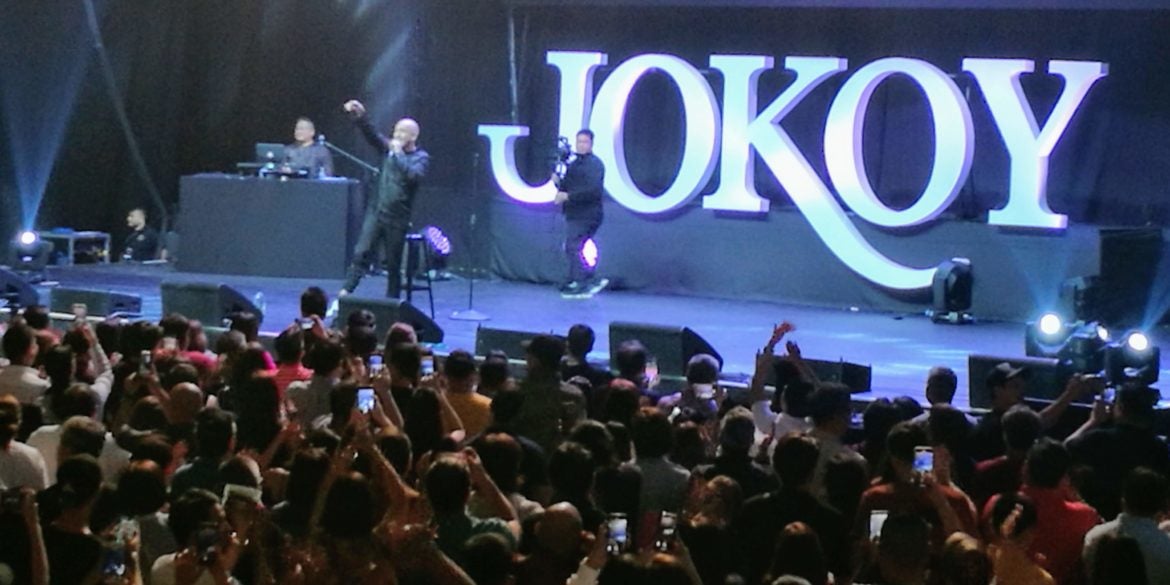 MANILA, Philippines — Filipino-American comedy star Jokoy kept his Mall of Asia (MOA) Arena audience on Jan. 15 in stitches for nearly two hours–apparently enjoying himself so much that he stretched his act beyond the time limit.

Normally it was supposed to be only 45 minutes, he said onstage after the sellout crowd of over 9,000 gave him a rousing standing ovation.

The show actually opened at 8 p.m. with several front acts composed of young standup comedians and a dance group, all with Filipino blood, whom Jokoy brought along from the United States to the Philippines.

Earlier before the show, he told Inquirer that bringing the young artists was part of a new project he would present to the world–that Filipino standup comedians and dancers are truly a talented lot.