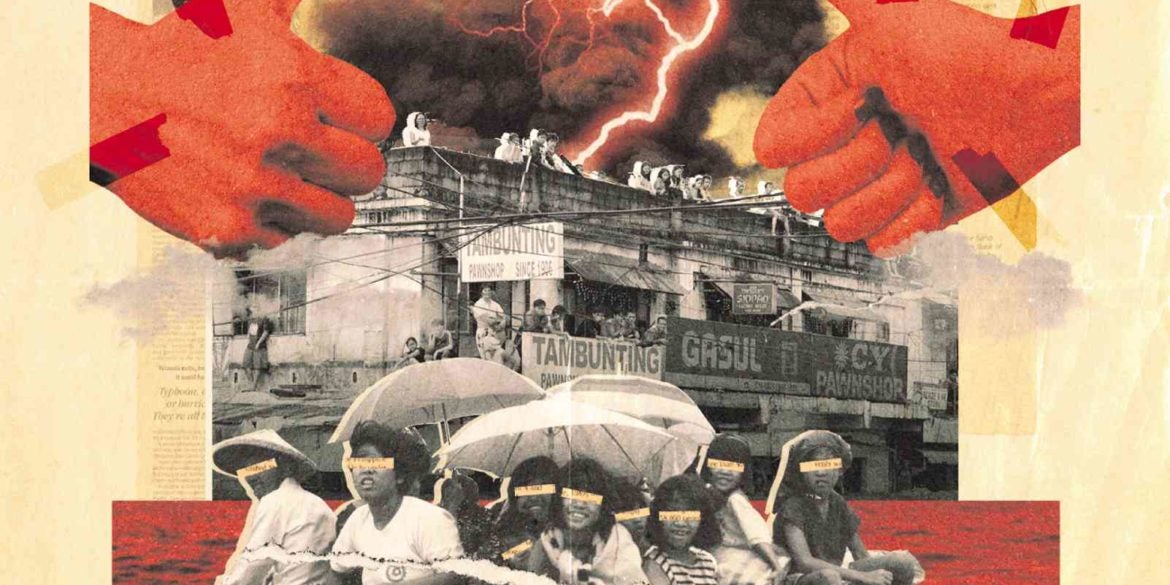 Like other disasters, Filipinos will survive Taal. But others need to do their part, too

On Jan. 12, the picturesque Taal Volcano erupted, spewing ash- and steam-filled plumes 15 kilometers high into the sky, with 800-meter-tall lava fountains after hours of magmatic activity. At least 466 earthquakes were felt during this time, and ashfall reached as far as Quezon City, more than 100 km away.

A Permanent Danger Zone covering a 14-km radius across Batangas and parts of Cavite put over 450,000 residents at risk. They were ordered to evacuate immediately.

The Philippine Institute of Volcanology and Seismology has maintained alert level 4 status over Taal, saying a hazardous total eruption could happen at any given moment.

The volcano’s initial eruption has already displaced an estimated 10,000 families from their homes. Batangas and Cavite have also been placed under a state of calamity.

Following the first eruption, Interior Secretary Eduardo Año called upon the public to donate basic necessities such as clean drinking water, food and medicines for evacuees.

This drew the ire of critics who pointed out how Congress slashed the administration’s calamity fund by P11 billion in March 2019 and allocated an unprecedented P8-billion budget for the Office of the President.

Despite the raucous discord that followed, the indomitable Filipino spirit emerged as government personnel and volunteers went to affected areas with donations and support.

Citizens lauded the provincial government of Pampanga, led by Gov. Dennis Pineda, who led a contingent of 50 vehicles and 200 volunteers to assist the Batangas municipalities of Agoncillo and Laurel.

Gov. Pineda was quoted: “If Pampanga was able to stand on its feet despite the devastation of the 1991 Pinatubo eruption, I am confident that Batangas can do it, too.”

The aid brought to affected areas, however inspiring, was not without tragedy. A multilateral effort between the Metropolitan Manila Development Authority, People for the Ethical Treatment of Animals, former residents and volunteers proceeded to the Volcanic Island to rescue horses, livestock and pets that were left behind during the evacuation. However, it was reported that less than 10 percent of the 2,000 or so horses left on the island survived.

Perhaps most tragic were the deaths of young volunteers Rio Abel, Maximino Alcantara and Darwin Lajara. Lajara’s car crashed into a tractor after they had come from assisting various evacuation centers in San Jose town.

Amid all the suffering, Batangas Rep. Vilma Santos-Recto boosted hope among her constituents. “Batangueños are prayerful. They know that these are only trials. Batangas is the religious capital of the Philippines,” she said.

While social media platforms have been flooded with posts praising Filipino resiliency and religiosity in the face of disaster, indie filmmaker Kip Oebanda tweeted his own perspective on the recent calamity:

“Can we stop with ‘we survived Pinatubo, we survived Ondoy, we will survive this’? YOU survived it. Many people did not. You are not the world. Stop romanticizing Pinoy resilience. People need help. Donate through the various channels you can search for online.”

Shared over 7,000 times, the tweet echoed the sentiment that praises and words have done nothing to uplift the situation of the average Filipino, who has endured calamity after calamity in a country which a 2019 international survey by HSBC ranked third in the world in terms of climate change vulnerability.

While Taal’s ongoing volcanic activity has brought out Filipinos’ innate desire to help anyone in need, it has also revealed Pinoys’ vulnerability, and the lack of enforced systems in place to ensure their safety and stability.

Said photojournalist Alanah Torralba, who covered the wrath of Typhoon “Yolanda” in 2013:

“As a journalist, I have been harboring a discomfort with the mainstream representation of the so-called resilience. Those in power have long abused the Filipino’s resiliency. Our ability to withstand adversity should not preclude us from demanding accountability.”

What can we do?

So, if the ball lies in the court of those in power to perpetuate meaningful change, what can we in the middle do?

We can continue to demand accountability—be it asking for financial transparency on the use of public funds, or questioning the safety systems in place in case of natural disasters.

We can donate whatever goods we have. Nation-building can truly take root only when growth is inclusive and resources flow from those with plenty to those with few.

We can volunteer with NGOs, school organizations and religious groups that assist in construction, medical missions and outreaches of all sorts.

Finally, we can look to history, recognize patterns, learn from economic losses and vow to do our best not to make the same mistakes happen again.