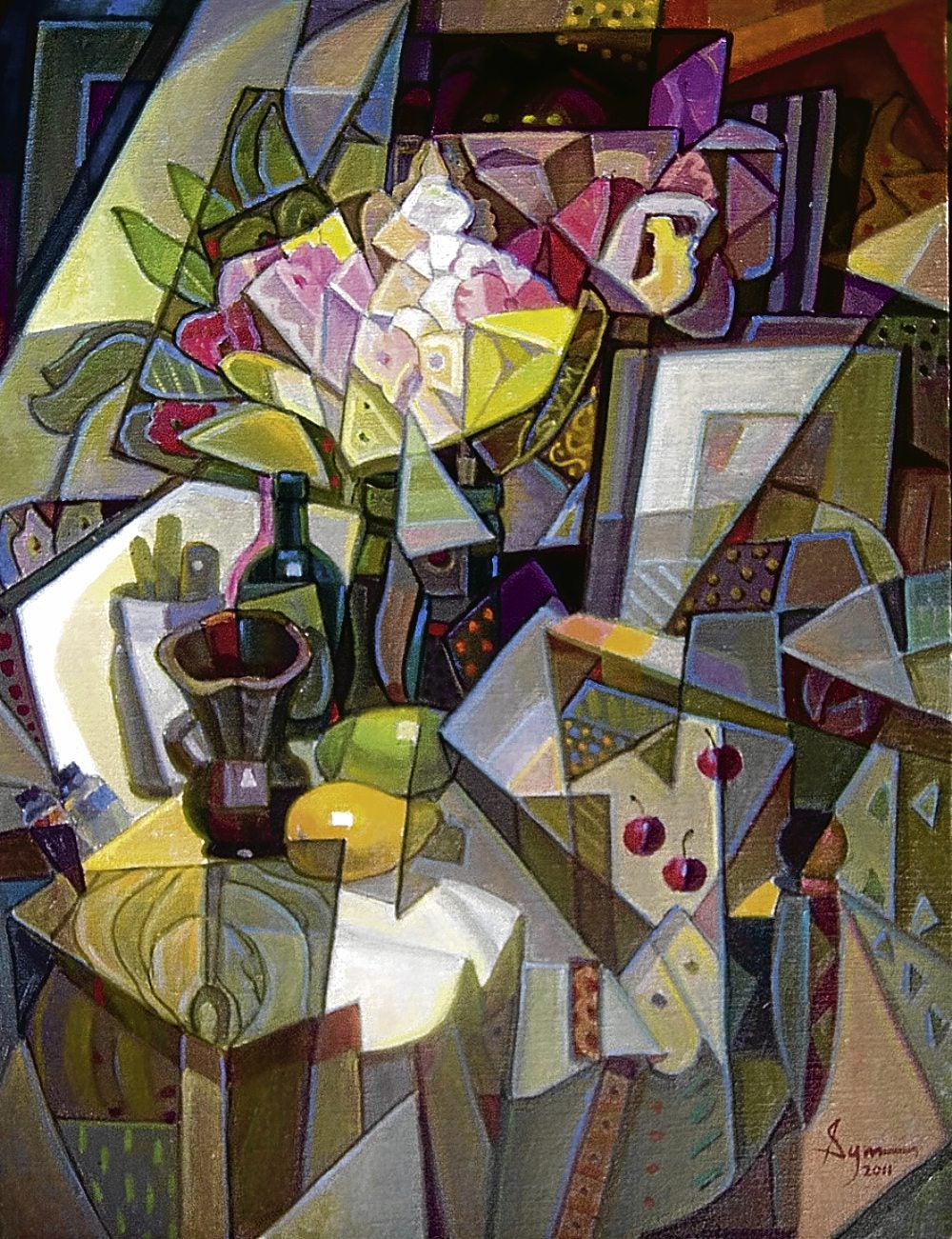 For someone whose mastery of the craft of painting is that of Sofronio Ylanan Mendoza, popularly known as Sym, one must follow one’s heart despite the pleadings of many collectors who prefer his works in the 1970s.

This was when Sym emerged as a champion of traditional painting during a period of national identity-searching; and his depictions of decaying colonial mansions and densely packed apartment blocks in the Sampaloc, Manila, area where he lived were the rage.

But for this painting master and founder of the famed Dimasalang Group, art was much more than bringing the bacon home. It was a chance to finally fulfill the expectations of self-satisfaction which was imbued by his first mentor, Martino Abellana, the Amorsolo of the South.

This meant a return to the style Sym had always wanted to do, but that circumstances required him to set aside until his senior years, Modernism.

At first thought, it was an odd choice for a Cebuano mentored in the classical academic discipline of Abellana in Carcar. But for Sym, Modernism meant freedom and the chance to partake in that universal promise of progress and self-expression he learned from subsequent Manila-based mentors like Florencio Concepcion.

Now based in the Canadian city of Vancouver, Sym’s vision has, since 2000, returned to the hard-edged Cubist compositions of his youth, a vision that combines his mastery of composition and figure drawing with the geometric and conceptual challenges pioneered by Picasso and Braque in the 1900s, and for which the Canadian government has honored Sym with the Transforming Art Award from the Vancouver Asian Heritage Month Society in 2004, in celebration of his “significant contribution toward transforming some aspect of traditional Asian culture to create a contemporary Canadian expression.”

The set of 12 paintings in this exhibition all deal with the classic Cubist subject that had particularly enthralled Braque to the end of his life, the still life.

Whereas Picasso would simply be content in exhausting the conceptual possibilities of style before moving off into another one in a restless search for artistic contentment, the Cubist still life in the hands of Sym becomes a wondrous world of endlessly refracting possibilities that begs you to stay and savor the adventure of looking.

This is exemplified by works like “Yellow Movement,” where the subject of yellow-green fruits at the table are handled with far more complexity than a simple faceting of the subject—the type that you would expect to see on a late Manansala, for example.

Rather, the simple subject attains an organic, almost cosmic, multiplication of the same wedge-like forms denoting bananas, pears and what looks like slices of green watermelon from the table to the floor and on to the very edges of the canvas. The complex faceting is subdivided into smaller wedges, and include repeating patterns of dots, circles, triangles and diagonal lines that meld fruit and fabric pattern together into a single surface.

The veritable explosion of wedges are kept in disciplined control, however, by the set of white planes that constitute the “edges” of the table, giving a visual focus on the fruits, but denoting the movement from the brightly lit “tabletop” to the darker shadows of the “floor” and “walls.”

This is contrasted with another warm-toned composition, this time in pinks and reds that dominate the works titled “Red Harmony with Apple” and “Transparent Tilapia.”

In both works, the common reference to a dining-table dish (fruits in the first, fish in the second) becomes a motivational exercise for Sym’s exquisite composition of a series of wedges that multiply and grow out of the table, spilling onto the floor, and constantly changing our perception from an illusory two-point perspective to a flat planar composition, and then back again.

Indeed, in most cases the subjects could hardly be recognized. Instead, what dominates is the fascinating series of flat-toned and linear shapes, in the forms of rhomboids, undulating polyhedrons, and truncated triangles that march from center to upper right or lower left, and always from a bright-to-dark regression.

These works sing of the same need to “simplify” and “carve out” nature, using the principles of Cezanne’s “cube, cylinder and cone” metaphor. And yet the Cubist results are not visually simpler, but the other way around.