Chefs to watch out for in 2020 | Inquirer Lifestyle ❮ ❯ 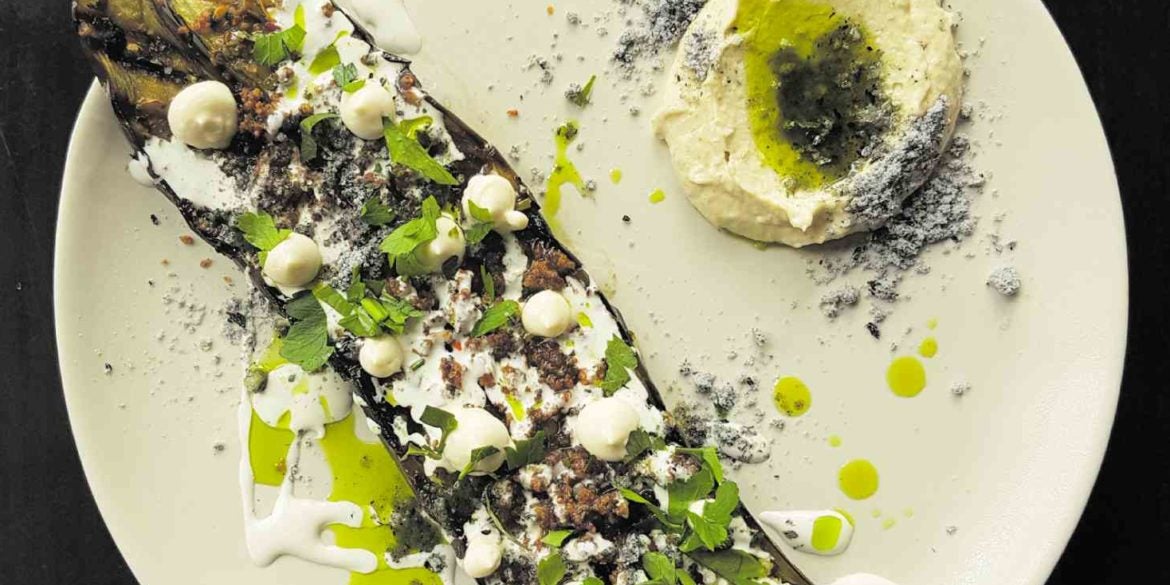 In their 20s, they honed their skills under great mentors, but are now putting their unique stamp on dishes

There’s a new batch of chefs who show great promise. Like many others, they come equipped with proper techniques and the flair to develop great flavors. But unlike many others, they know the pulse of the dining market and have intense passion for cooking—two characteristics that indicate they will leave an imprint in the industry.

Twenty-eight-year-old Paulo Bayani is focused on his job— something he learned from his mentor, Josh Boutwood, who advised him to “keep his head down and work with passion.”

As the R&D chef of the Bistro Group of Restaurants, the Global Academy culinary grad plays wingman to Josh who already has his hands full with many brands opening this year.

Given his résumé, which includes stints at Gaggan (Thailand), Restaurant Andre (Singapore) and Maaemo (Norway), Bayani couldn’t be any more qualified. He has already proven his worth by opening and leading the kitchen of the new Test Kitchen.

Just 25, Chloe Lao took on the task of spearheading the first Tokyo Milk Cheese Café in the world, developing unique dishes such as the ebiko carbonara and salmon teriyaki gratin.

She was able to take on the challenge especially because she has been taught and trained by Richard Ekkebus of Amber Restaurant at the Landmark Mandarin Oriental in Hong Kong.

Her talent and maturity are evident in the restaurant’s signature dish, the Omurice, which seems simple but actually requires a lot of patience, effort and art to make.

“Being classically trained in French cuisine, I have developed a style of cooking influenced by my exposure to my Asian culture,” Lao says. “This has advanced my flavor profiles which is constantly translated into my dishes.”

Amici and Cara Mia have never been as good as they are now, thanks to Paolo Moran. As the executive chef for both brands, the 36-year-old has been churning out dishes that have people salivating.

Apart from Cara Mia’s best-selling gelato sandwiches, which he developed and launched last year, Moran is also proud to have improved Amici’s pizza dough, which he claims is the secret to a delicious pizza.

Another dish that has done really well is his Seafood Diablo, a spicy seafood pasta with tomato and cream. “This dish embodies my style because it’s Italian-based and familiar to the Filipino palate.”

This 2020, he will roll up his sleeves and introduce more items, which will undoubtedly be surefire hits.

Since finishing his five-month intensive culinary course at Enderun Colleges, Don Patrick Baldosano has been cooking nonstop—and winning acclaim along the way.

In 2019, he won the Young Talents Escoffier competition and will represent the country in the regional leg in Hong Kong soon.

He launched last year his private dining company, Linamnam, where he has been serving modern Filipino food either in people’s homes or in his family’s backyard.

His dinners have been featured in publications, and hailed to be very promising.

What’s admirable is that he tries to discover lesser known ingredients and regional dishes and present them in a manner that’s familiar in taste but unique in presentation.

By the way, Baldosano is only 21 years old.

Ellie Estrada, 28, flew to San Francisco in 2013 where she took culinary arts at Le Cordon Bleu. She later took a supplemental degree in patisserie arts at The Art Institute of California.

As a student, she worked in some of the city’s best restaurants with some of the country’s finest chefs—Chez Panisse by chef Alice Waters, Bellota by chef Melissa Perello, and Petit Crenn by chef Dominique Crenn, to name a few.

In 2019, Estrada came back home and started private dining under the name Hello Stranger.

“I believe that good cooking requires the consciousness of knowing when to elevate an ingredient with technique, and when to step back and allow the ingredient to shine,” she says. “This is the backbone principle behind California-style farm-to-table.”

Harvey Hsieh, 28, graduated from Le Cordon Bleu in Sydney, Australia, then he spent his formative years in Hong Kong, working for Michelin-star Amber. He then moved to London and trained in Michelin-star La Dame de Pic.

He says he learned a lot from these celebrated chefs.

“Richard Ekkebus for the necessary attitude and work ethic in the kitchen, and Anne-Sophie Pic for creativity in new dishes.”

He is back in Manila to open his own restaurant.

“Most of my professional career, I have cooked French food. However, my time in London introduced me to Italian cuisine.” This is his inspiration for his fresh pasta restaurant opening soon in Bonifacio Global City, Taguig.