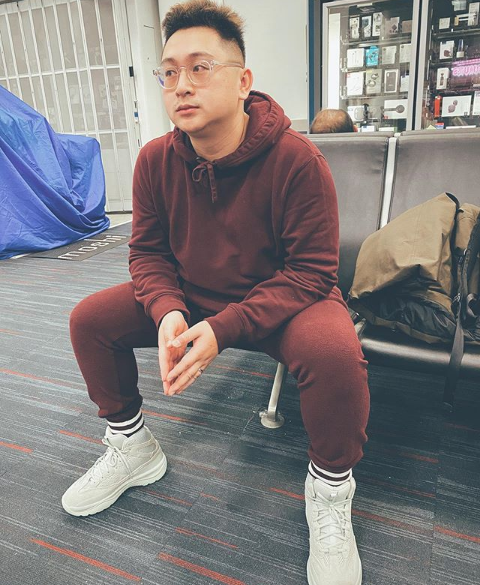 BTS working with two Filipino songwriters is staying true to the group’s philosophy–music knows no boundaries.

August Rigo and Vince Nantes composed and wrote lyrics for “Black Swan,” alongside BTS leader RM, multiawarded producer Pdogg and rapper Clyde Kelly. The song is the first single off their forthcoming album, “Map of the Soul: 7.” It is now charting in 88 countries. It broke the record of viral hit “Gangnam Style” (86 countries) on its first day. “It is part of the band’s full-length album, dropping on Feb. 21.For Rigo and Nantes, working with BTS was an opportunity too good to pass up. “Our vision was to make a song that best represents BTS, and of course, something that their fans can love and enjoy,” Nantes said. The two colleagues are seasoned producers. Rigo has produced for several musical acts in Hollywood—from the likes of Justin Bieber, Musiq Soulchild and Kehlani. He started his own label, Summerchild records, with artists like Brian Puspos, Ginette Claudette and Andrew Garcia.

Meanwhile, Nantes was a music assistant to apl.de.ap of The Black Eyed Peas, where he learned the ins and outs of the industry.

They connected with the group through Puspos, who has created choreographies for BTS’ music videos and performances. “His manager, Benji, had reached out to Big Hit (BTS’ company) about me writing for some of their projects for a while now. It was about a year of him persistently reaching out and sending demos before the opportunity came and Big Hit started sending us some ideas to write to,” Rigo said.

Since 2013, Rigo has already worked with several K-pop acts—namely EXO, TVXQ, SHINee and NCT. The Toronto-based musician was already familiar with the arduous process of producing for artists miles away. The music industry’s landscape allows for more flexibility in terms of distance and time zones. “Black Swan,” for instance, was produced remotely by Rigo and Nantes. “A portion of the process was recording in our living rooms, and sending the ideas back and forth via email,” Nantes related.

“When I was working on this, Ruby (his daughter) was just born and I didn’t want to leave her to go to studio… so I brought the studio to her,” Rigo said.

Although they never got the chance to meet, Rigo and Nantes had nothing but praise for their coproducers halfway across the globe.

“RM and the team over at Big Hit really helped take the song to another level with top-notch production… they really put together a masterpiece,” Rigo said.

“RM provided the additional touches needed and really sprinkled on the magic of what the song has now become.” Nantes added.

The boys of BTS have always been masterful storytellers, being able to share their narratives of self-exploration through their music. So, what happens when “the heart no longer races when the music plays?”

“Black Swan” is echoing and introspective, full of unbridled emotion that is so expertly conveyed in hip-hop and R&B beats.

The song explores BTS’ relationship with their artistry—honest, raw and hopeful.

For Rigo, “Black Swan” is also an expression of his frustrations with the industry.

“The song really hits home for me. Artistic inspiration sometimes is hard to come by after being in the grind for so long. There are always times where you want to give up,” he said. “It’s definitely hard on the soul so seeing how the song resonated was really inspiring and to be a part of the creative process for that song with my team makes me proud,” he added.

BTS has always used their influence to curate spaces where many across the world can connect through art and shared experiences, despite being from different backgrounds.

“I think music has gotten to a place where we can all sing and dance to the same melody and fall in love with the narrative of the song no matter what language,” Nantes said.

“Black Swan” is expected to chart in the Billboard Hot 100.

For Rigo and Nantes, the reception to “Black Swan” has been nothing short of amazing.

“I’m just a regular guy, and to have people telling me that I’ve inspired them or that the song made their day, to know I made an impact on their lives really shows me how blessed I am to be in this position,” Nantes said.

The single, which peaked at the top of Philippine charts, received so many positive reviews from local fans. With this, Rigo and Nantes both look forward to working in the local music scene.

“I’ve been on a quest to be more involved in the Filipino music industry. I want to help raise Filipino music to an international status. So the reception of the song was a great motivator for me… I am a proud Filipino and culturally it is very relevant in my life so to have a song that is being loved by the homeland makes me feel like I’m on the right path,” Rigo said.

“We feel that with the right resources, we can help mold artists in the Philippines to be on the same playing field as the rest of the world. We should be included in that global conversation,” Nantes added.

BTS has sparked this discussion, breaking barriers and setting records in a Western-dominated industry.

“It’s nice to see that Asians are now coming to the forefront of pop music, or at least getting that attention. Growing up, I never had many artists to look up to that I could relate to on a cultural or heritage level so to be able to be a part of something like this just feels right,” Rigo said. “It goes to show that music has come a long way, and that Asians can do it just as good,” Nantes added. “It’s empowering knowing that we’re bridging that gap.”

BTS continues to make history, set to perform at the 62nd Grammy Awards on Jan. 27, the first Korean act to do so. The boys will also debut the first live performance of “Black Swan” on Jan. 28, on “The Late Late Show with James Corden.”