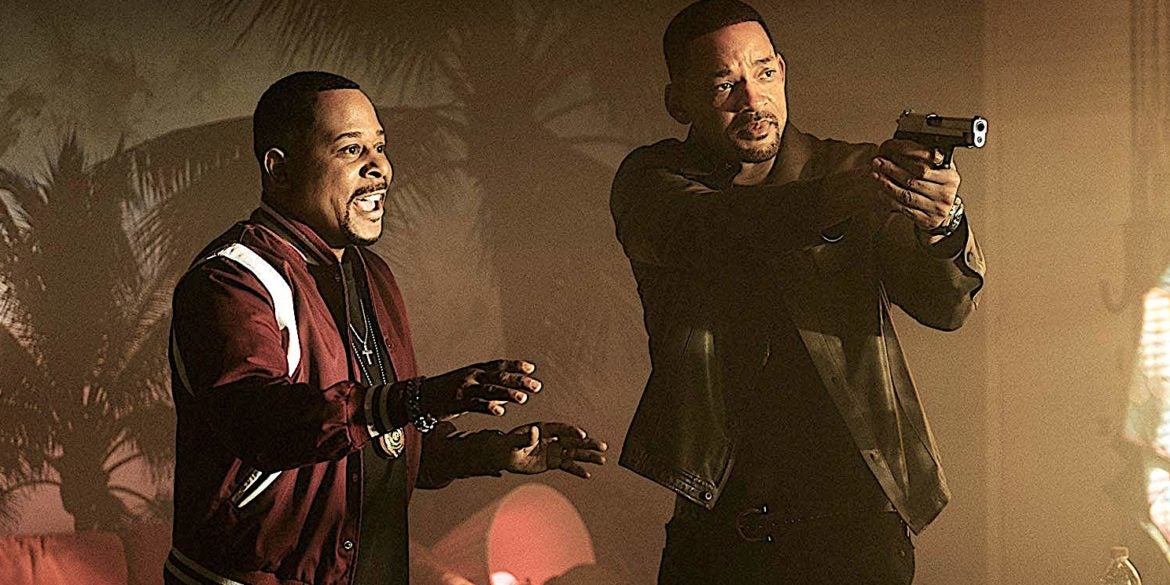 Martin Lawrence and Will Smith are back.

You would be forgiven for mistaking “Bad Boys for Life” to be the fourth entry in the franchise when actually it’s just the third; now that they’ve announced plans to make a fourth, it feels like they’ve squandered the chance to use the perfect title. Will Smith and Martin Lawrence return to reprise their famous roles,17 years (!) after the previous, hopelessly bloated entry.

The time off seems to have done them well, as “Bad Boys for Life” is leaner, meaner and has more heart than any entry in the series (though that’s not really saying much where “Bad Boys” is concerned). It also does away with director Michael Bay, though not for lack of trying. This entry’s directors, the duo known as Adil & Bilall (Adil El Arbi and Bilall Fallah), have Bay’s style down cold. So cold, in fact, they seem to have concocted an even slicker version of it, and can conjure their own heaps of Bayhem. A lively vehicle chase and multiple shootouts live up to the director who put this franchise on the map.

In this one, the boys are feeling their age. Well, one of them is, at least, as Lawrence’s Marcus becomes a grandfather and announces plans to retire. Smith’s Mike Lowrey, however, still thinks he’s hot stuff, in denial about his ability to be an effective detective in the last stage of his career. In this, the boys go “Lethal Weapon” on us, talking about how they’re too old for this ish, is it time to hang up the pistols, etc. when suddenly an attempt is made on Lowrey’s life. Under fire from an unknown enemy, they seek to find out which figure from their storied past has come gunning for them, and the answer is a surprise that bears some potential moving forward.

The villains are a formidable match for the duo in the action department, if not the originality one. The boys are joined by a group of fresh recruits, one of whom is played by Vanessa Hudgens. Joe Pantoliano also returns as their much-beset captain, ensuring the gang’s all here.

It’s still a smidgen too long, and still has too much machismo for its own good, but “For Life” shows the franchise only seemed dead; it’s actually got a pulse now, and they seem to know where they’re going with the next.