When is terno being bastardized, when is it being relevant? | Lifestyle.INQ ❮ ❯ 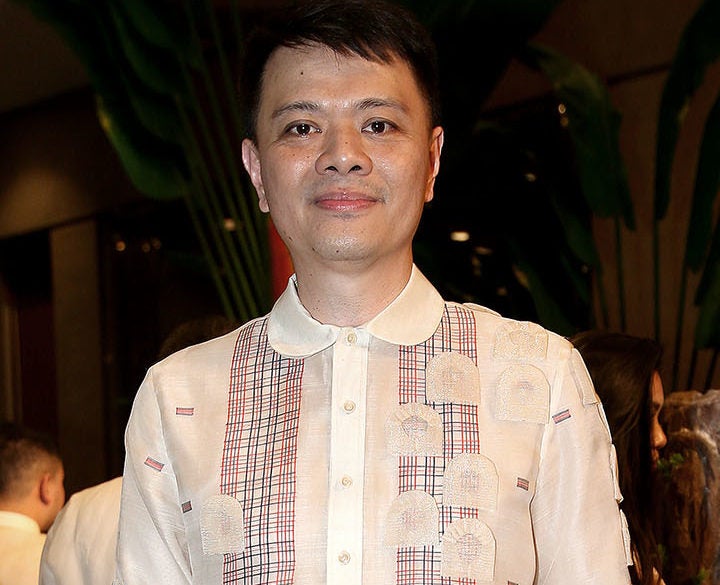 When is terno being bastardized, when is it being relevant?

For three years in a row, Gino Gonzales has been helping promote the terno design through the TernoCon, and by organizing workshops on terno-making among the country’s budding designers.

Considered an innovator, if not a maverick, when it comes to design and promoting Philippine culture, Gonzales is the country’s leading scenographer and a strong advocate of Filipiniana arts and crafts.

With retail tycoon Ben Chan of Bench at the helm, Gonzales has been working with leading figures in the fashion industry to mount TernoCon, now on its second year.

In this exclusive interview with Lifestyle, Gonzales describes the creative journey.

Please share some of your major experiences during the terno workshop.

We started with a symposium which gathered resource speakers from various disciplines to talk about the terno and all the interrelated aspects that made it what it is now.

We thought that it was important for these young designers to have a sense of history and context before we went into actual design issues. We also opened this activity to the public, and it got packed immediately. So in my opening remarks, I told them how surprising it was to find people who were really into the subject.

This year’s batch of contestants had good skill sets in terms of cutting and sewing. So it was not too difficult to assist them in the construction of period patterns.

However, many were bemoaning the difficulty of using the cañamazo, the traditional stiffener of the butterfly sleeves, because they were very tough on the hands.

This year, we observed that all the three female contestants did the most casual and comfortable versions of the terno. They are different takes on the terno as separates. Not the one-piece garment we are so used to. So I guess this impulse stems from their intimate understanding of comfort and practicality for Pinays.

Lelsey Mobo was quite involved in mentoring despite the physical distance (he’s based in London). Thanks to technology, he was able to monitor most of the progress of the contestants. He needled them a lot, and I thought his ultimate goal was for them to go beyond their comfort zones in terms of design.

At some point, Lesley was doing draping on a dress form and showing the techniques via Facetime from London.

I asked Lesley to make this poetic, and to revisit his early works at Central Saint Martins. I told him, ibuhos mo na lahat ng emotion mo! His design inspiration was very clear from the beginning. But it took him a while to nail the first look.

The very first choice as mentor for 2020 was Ivar. We really thought that Ivar has been underappreciated as an artist, and his debut on the main stage is long overdue.

Ivar summoned most of his apprentices to his shop, where they reworked pieces from the cutting table. You can clearly identify the Ivar influence from this batch. I think he also chose his apprentices based on aesthetics that somehow match his clinical and modernist design approach.

Philip Rodriguez, being the more romantic designer of the three, gravitated to the contestants who were into surface decoration, graphics and embellishment. I guess he was the gentlest of the three, and he was very consistent with his reputation as the most congenial designer of Cebu.

It is always a pleasure to work with Philip. He has no ego. He’s very humble. And he works hard. He started early on with the construction of his terno, and made more than what was necessary, so that we could select.

Inno Sotto was the outspoken one, and his face was quite transparent when he didn’t like a product. We constantly had phone conversations to discuss problematic designers and work. At the end of the call we had to decide whether it was necessary to give the bad news to the concerned designer, and which of us would do the excruciating task.

How far should we go in making the terno adapt to everyday wear?

First, I think it is fundamentally a good thing. It is the ultimate goal to contemporize the use of the terno and find its way into nonformal usage.

For me and many of the TernoCon mentors, the sleeves should not shrink too much. The Bench denim terno is more or less the ideal size for casual wear. I think if it goes under 10 inches high, and if the pleating is reduced to shirring, it is no longer a terno sleeve…it’s a mere puff sleeve.

Some sectors are sensitive to varying ideas of modesty. And since the terno is still somehow a garment of honor, be it casual wear, I think that excessive body exposure somehow crosses the line. But then again this is a debatable area in light of shifting ideas.

When is the terno being relevant, and when is it being bastardized?

I think it becomes bastardized when it succumbs to the intent of a hubadera (stripper), or when it is overshadowed by this tendency for bonggahan. As I mention those two words, I realize that they have no real English language equivalent. So it also says a lot about our contemporary dressing habits.

You think the terno top should be worn with shorts or jeans?

You think any woman can look good in the terno, or is there a specific body type, like that of Imelda Marcos?

I really think that most Pinays look good in the terno, as most Pinoys look good in the barong. Inno thinks otherwise. He thinks certain body types, which are not necessarily thin, have an advantage. But we both believe that a terno bestows a certain kind of élan on the woman who wears it.