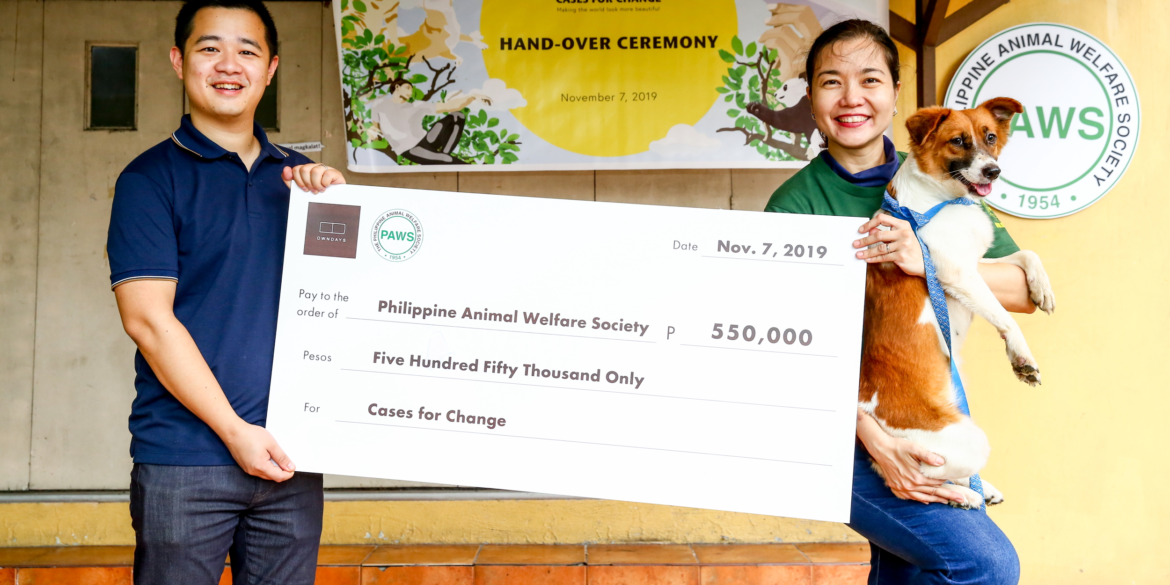 MANILA, Philippines – In line with its belief that change can make the world look more beautiful, OWNDAYS Philippines has culminated the pilot year of its ‘Cases for Change’ campaign by handing over the full proceeds from the two-month promo to its three chosen partner-organizations.

The Philippine Animal Welfare Society (PAWS), World Vision, and World Wide Fund for Nature (WWF) were the beneficiaries the eyewear retailer chose to collaborate with for the specialized cases. ‘Cases for Change’ was rolled out in all OWNDAYS stores nationwide from April 1 to May 31 this year. These collaboration cases were sold for PHP250 each for every purchase of any prescription glasses and PHP500 for just the case. The goal was to generate funds for the non-profit organizations’ causes and to create awareness about those groups’ advocacy.

“We are a brand that gives back,” said OWNDAYS Philippines Managing Director Vohne Yao. “I reiterate that through the company has contributed as well to this campaign, we are merely a channel. Our customers who actually purchased the specially-designed cases have supported the organization of their choice.” 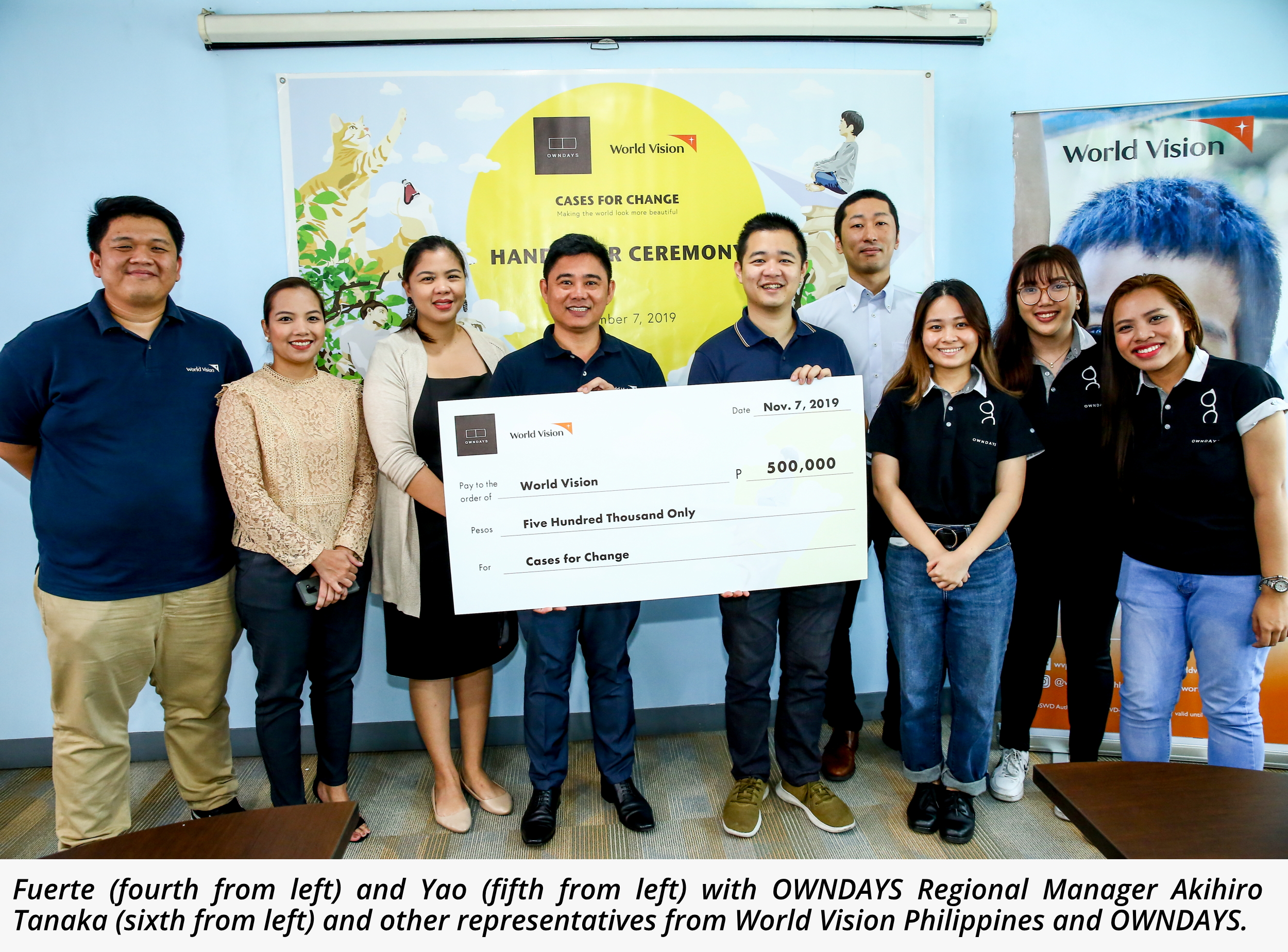 For World Vision Philippines, the proceeds from the campaign came just in time for the humanitarian development and advocacy organization’s ongoing relief response for affected families in a recent major earthquake that hit Mindanao.

“World Vision Philippines is currently setting up child-friendly places and temporary learning facilities where thousands of children in earthquake-hit areas can undergo psychological support and still attend classes,” said World Vision Philippines Executive Director Rommel Fuerte. “We are very happy and grateful to OWNDAYS and its customers for believing in our cause. We commit ourselves to be accountable to every centavo given to us,” he added. 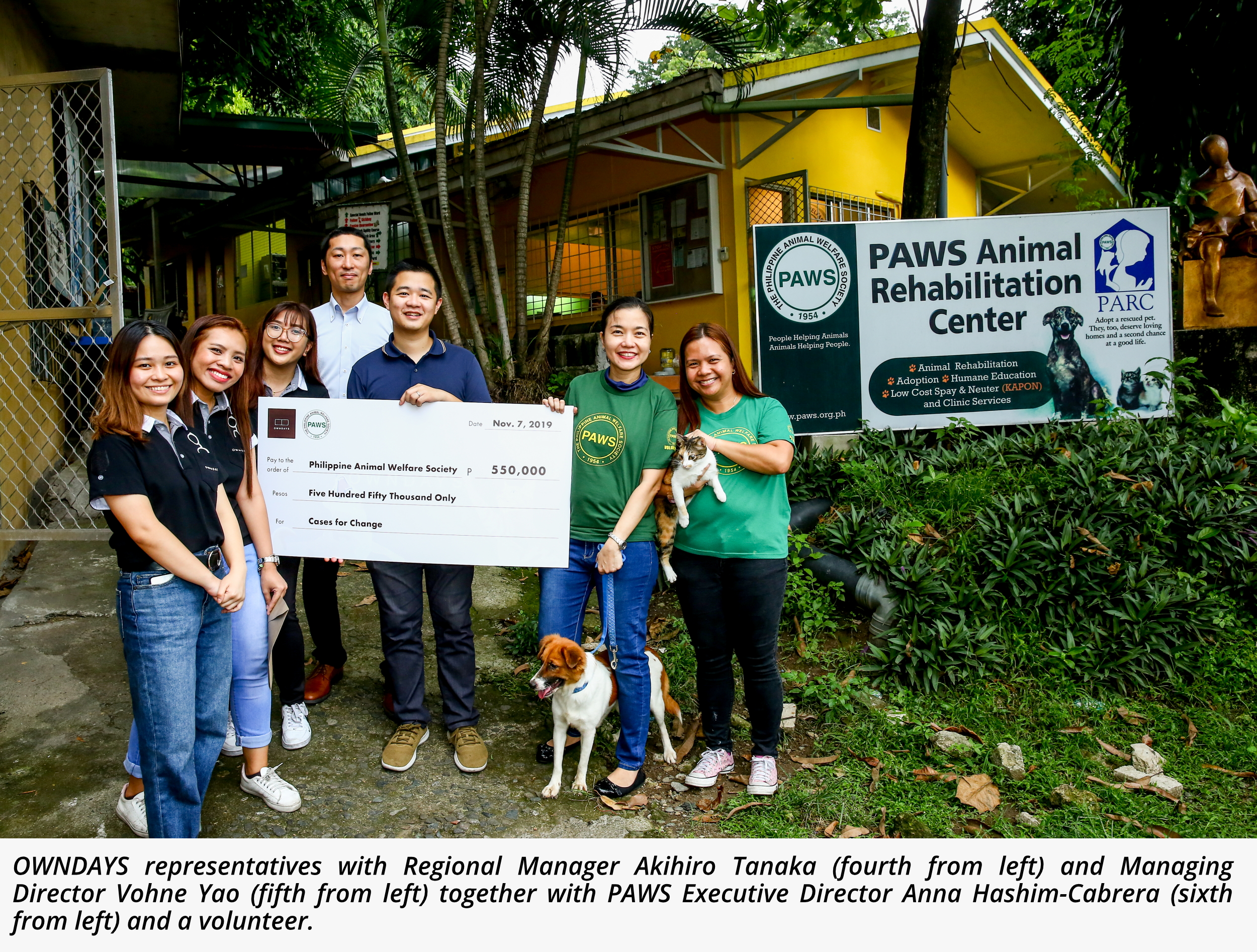 PAWS Executive Director Anna Hashim-Cabrera thinks the overwhelming support from OWNDAYS Philippines and the customers who bought the PAWS cases is an affirmation that a lot of Filipinos now recognize that their pets give so much to them, thus the need to give back.

Proceeds from ‘Cases for Change’ will help PAWS fund its core initiatives: operating its animal assisted program in its headquarters in Quezon City, rolling out low-cost spay and neuter efforts to curtail pet overpopulation, educating communities about animal welfare, filing legal cases against animal offenders, and lobbying for legislations that will protect animals. 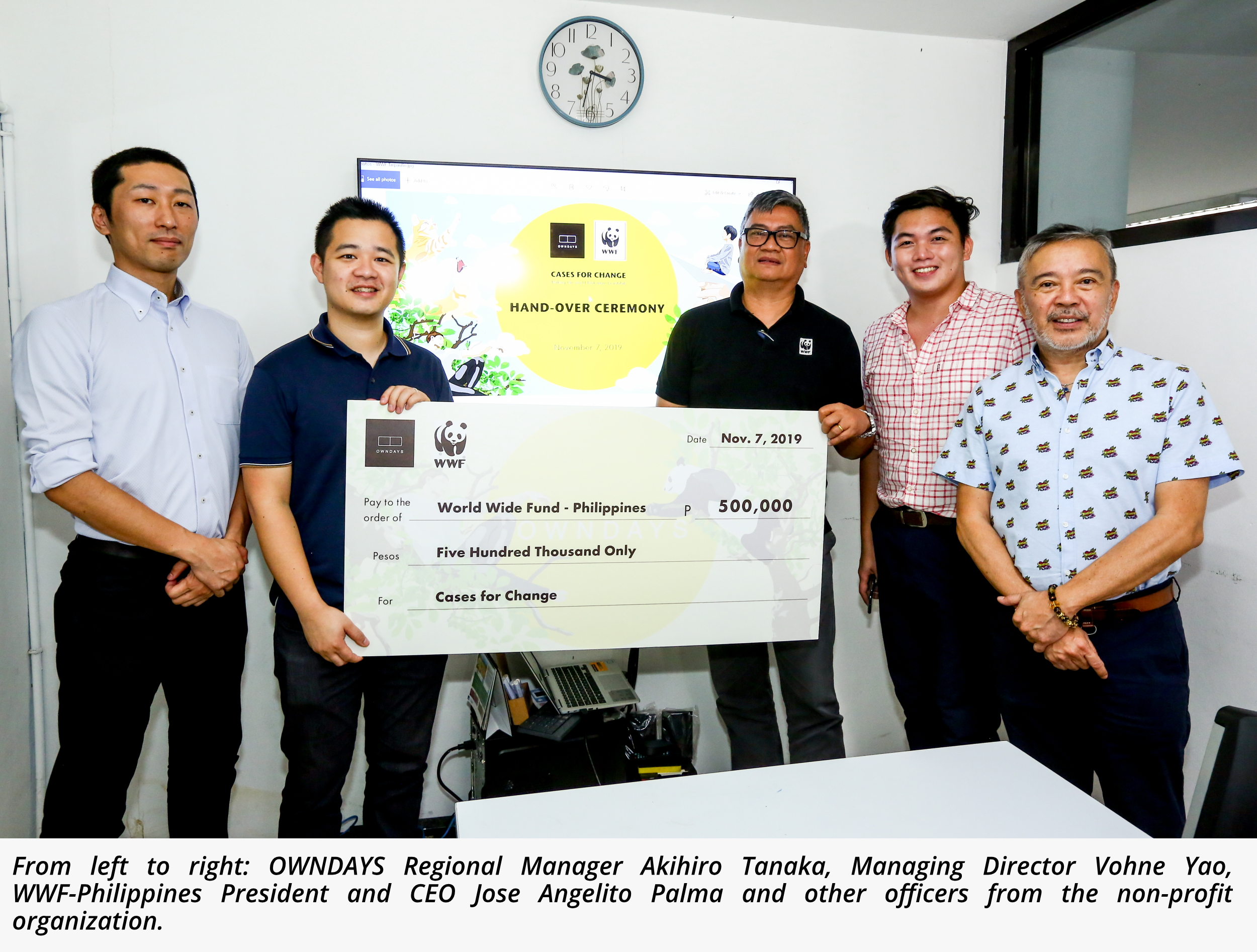 Kabang Kalikasan ng Pilipinas Foundation or World Wide Fund for Nature Philippines (WWF-Philippines) is allocating the fund it received from ‘Cases for Change’ for environmental education across the country. The non-profit environmental organization serves up to 20,000 public schools, where it trains students and teachers of ways to preserve Mother Nature.

“We are happy as this campaign somehow shows that there is an increased consciousness, trigger, and mindset among local consumers to help the environment in their own little ways,” said WWF-Philippines President and CEO Jose Angelito Palma. “WWF aims to change behaviors. First, we impart knowledge, then we provide skills, leading to an eventual change in behavior.”

After the overwhelming success of the first ‘Cases for Change’ campaign, OWNDAYS is considering the possibility of launching a second edition of the program, with a different set of beneficiaries, soon.