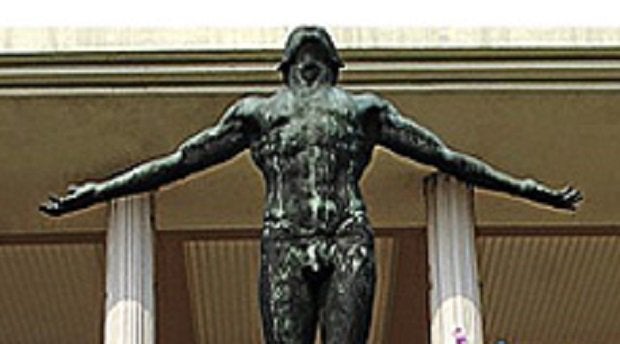 MANILA, Philippines — Motivated by a mission to preserve Philippine languages, a team of computer scientists and linguists from the University of the Philippines has developed a community- and mobile phone-based dictionary for the native tongues used in the various regions in the archipelago.

Although there are many online language dictionaries available on the internet, Sadural said Project Marayum aimed to give a sense of ownership to the language community’s dictionary as it would be built and maintained by the community members.

“In any dictionary research on Philippine language, we could see that we are lacking in corpora,” said Sadural. A corpus — whose plural form is corpora — is a collection or samples of written or spoken texts, often stored in a computer.

“In our two-year research, we found out that we don’t have corpora on certain languages. And that’s what we’re trying to do on the ground with the project: to develop a corpus for some of our languages,” she said.

Of the 185 languages in the Philippines, 28 are endangered, 11 are dying, and four are extinct, according to the developers.

In 2016, Asi speakers asked Sadural to help them build their online dictionary, fearing their language would soon be forgotten.

“So we formulated the project in 2017, started with a seed [grant], handpicked [language] experts and helped the community itself contribute words for their own dictionary,” said Carreon.

After two years of fieldwork and consultations, the team was able to build a file containing words and their definitions from the Asi language. It also specified the parts of speech and the tenses of the words and their use in native and English sentences.

“Entries in the dictionary — adding new words, suggesting changes to existing words, putting sample sentences or recording the pronunciation of words — will be made by community experts. Language experts will fill out entries in the word which will be checked by editors,”said Carreon.

Aside from Asi, the Project Marayum team is also working on community-built Cebuano, Ilocano and Hiligaynon dictionaries.

“If somebody from the community contributes a word, he or she will be recognized for that entry, so it adds a sense of pride and ownership to the community to see their names on the dictionary entries,” said Carrreon.

Mary Ann Bacolod, professor at the UP Department of Linguistics, said educators often find themselves with a dearth of materials on language, especially on indigenous and endangered languages.

“That’s why some communities seek our help on how to preserve their language. Some of them are really worried that there are only a few remaining speakers of their language; even the kids do not know how to speak in their native tongue,” said Bacolod. “So they wanted to have documentation, not only for the native speakers but also for language researchers.”

Sadural said the dictionary could be used by educators and state universities in building their own culture and language teaching tools aligned with the Mother Tongue-Based-Multilingual Education program of the Department of Education.

A webpage and a mobile application, which will be available by October, will give users access to the online dictionary initially for the Asi, Ilocano and Cebuano languages. The content will later include other languages such Hiligaynon, which is used on Panay Island, and the Romblomanon and Onhan of Romblon.