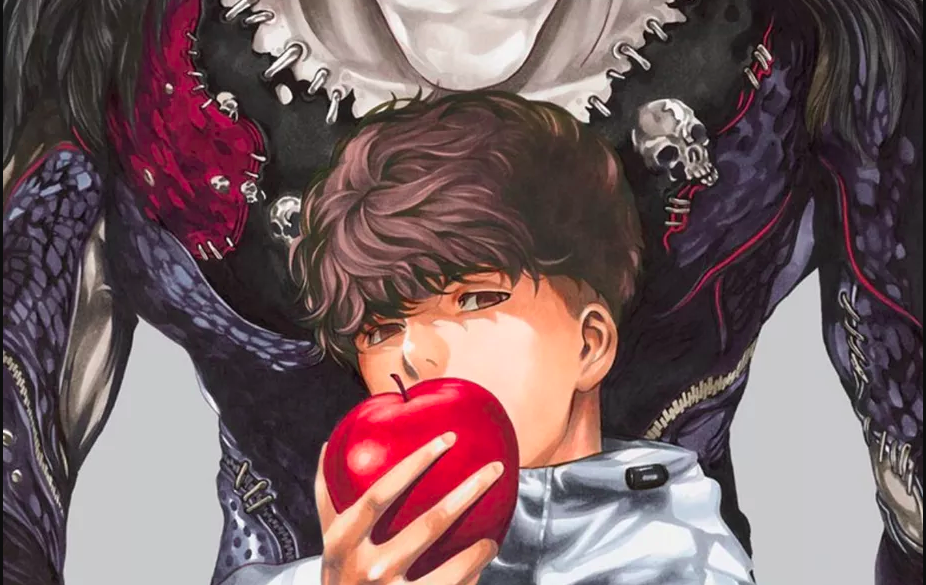 MANGA FIX: What to expect from the latest ‘Death Note’

‘Death Note,’ the cult-hit manga about the mind games surrounding a killer notebook, is back! Manga powerhouses Tsugumi Ohba and Takeshi Obata have reunited for an 88-page one-shot, set in the far off year of 2019. For the uninitiated, the original Death Note followed the protagonist Light Yagami as he gains the power to kill anybody by writing their name in the titular Death Note. He decides to use this power to get rid of crime, no matter what the cost. From there, it escalates into a cat and mouse game with genius detective L, exploring the morality of murder and the human cost of peace. Death Note was so popular it spawned twelve volumes, thirty-seven anime episodes, and five movies, including a Netflix adaptation that shifted the action to America.

The special one-shot takes place in a post-Kira world not too dissimilar from ours, where your every movement is tracked by security cameras and social media. Our protagonist this time is Minoru Tanaka, a high-schooler whose genius IQ doesn’t translate to good test scores. He finds himself visited by the “shinigami” or death god Ryuk, bored with life in the shinigami realm and looking for something to entertain himself. Rather than use the powers of the Death Note actively, the enterprising Minoru decides that he’d rather auction it off to the highest bidder. What follows is a surprising commentary on national security interests, celebrity culture, and a surprise appearance from a prominent world leader.

The ‘Death Note’ one shot is available to read at https://www.viz.com/shonenjump/chapters/death-note-special-one-shot

How to get into hard-to-enter restaurants

OSCAR BUZZ: From ‘Joker’ to ‘Little Women’, who has the biggest chance to nab “Best Picture”?