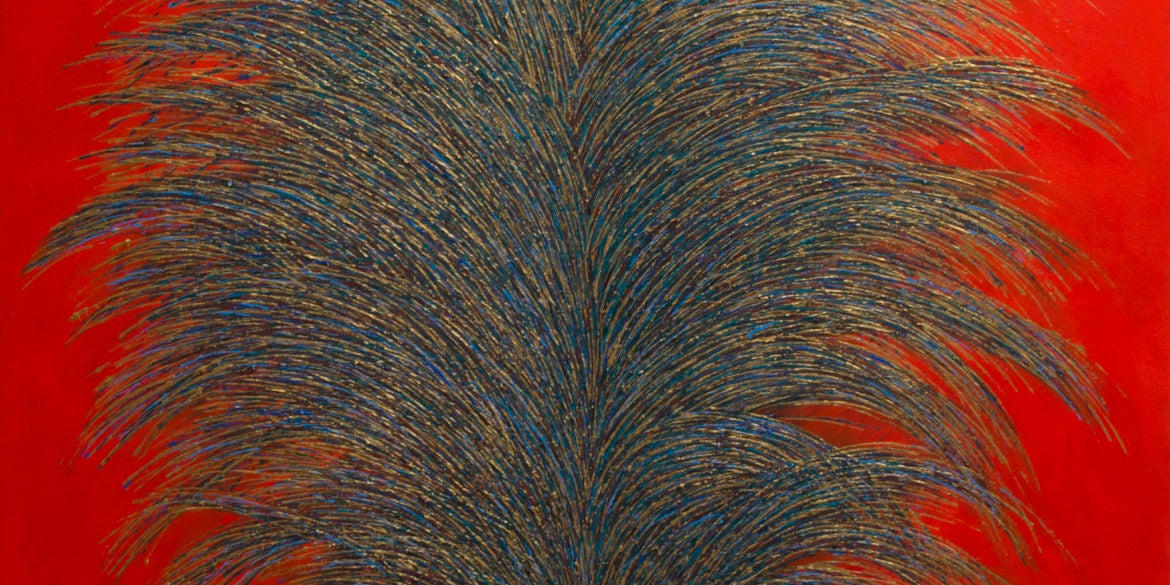 In “Florescence” at Galerie Joaquin Podium, artist Milmar Onal will pay homage to the master Sansó through abstract still-lifes in which symmetry, color and pattern are conjoined in one aesthetic synthesis.

Onal is a Fine Arts in Painting graduate of the University of Santo Tomas. He has worked for TV and theater productions. Onal also took several courses in Electronics which has influenced his art practice in which images of electrical flow and circuitry seem to dominate.

At the Art Lounge Manila, two simultaneous one-man shows by Karina Baluyut will be on display.

In “Paradiso,” Baluyut’s works focus on nature and the environment, accentuating extraordinary details to heighten the sublime beauty of nature.

“The works seek to explore the unfolding relationships with the world, and with one another,” writes art writer Grace Ng. “Baluyut invites the audience to explore, embody, reimagine and remake the world not only as it is but as how it could be.”

Baluyut’s abstract works are defined by color fields, organic patterns, and bold brushwork. She is among the original members of the Guevarra Group of Artists.