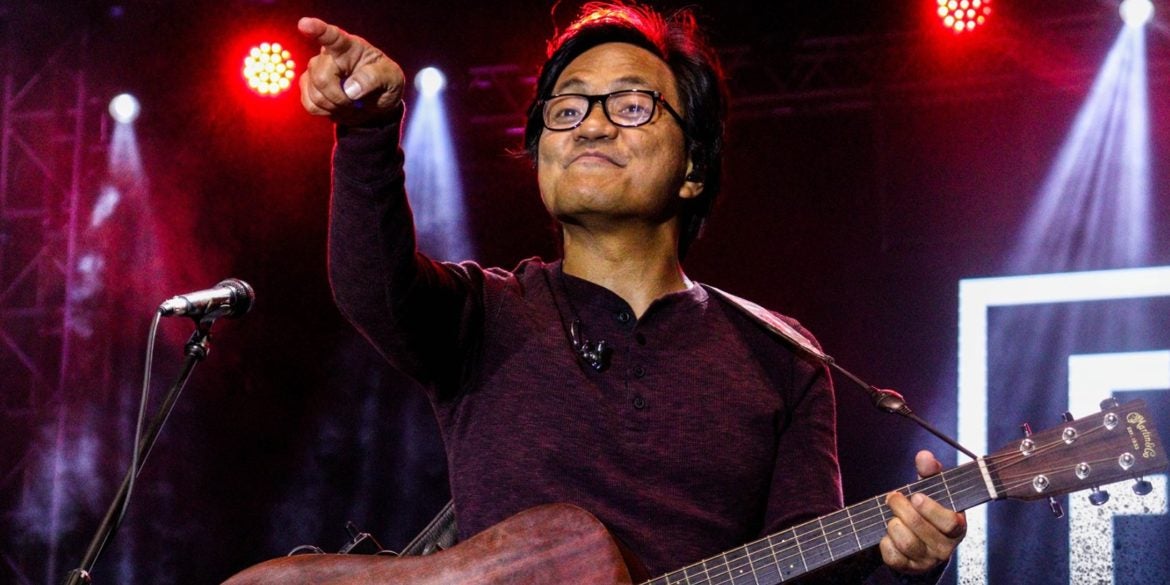 Party vibe at UP Diliman Fair

The first day of this year’s fair, dubbed ‘Hiwaga,’ was indeed magical

For the first time ever, the annual weeklong University of the Philippines (UP) Diliman Fair started on a Monday.

The affair, dubbed “Hiwaga,” was indeed magical. Organized by UP Diliman’s student council in partnership with O/C Records, the lineup was a beautiful mix of acts.

An early favorite was the performance of The Busking Community PH (TBCPH), a group of buskers brought together by the man who started the #NormalizeBusking movement, Martin Riggs.

Some members of TBCPH have actually signed with O/C Records, such as Pappel—the old soul in a teen’s body who recorded her own take on “Mundo” and “Fu–ing Circumstance” for the soundtrack of the movie “On Vodka, Beers and Regrets.”

Riggs performed on the main stage in the evening, including his hit song “Langit At Dagat” and upcoming Spotify single “Damaso.”

Aside from the concert, there were rides and, true to most festivals, several booths with fun games where one could win a stuffed animal.

The food booths were also a mix of known and independent vendors; one could get McDonald’s and a blue lemonade from a kind lola within steps of each other.

There was also plenty of space for free speech! Altermidya, Bahaghari, Pamalakaya and more were ready to answer questions and spread the word about their advocacies.

No matter what genre you were into, there was something for all OPM fans that night.

People who stayed until the very last act at around 4 a.m. were invited to come up on stage and experience the party vibe for themselves. It was a beautiful way to cap off the first day of a powerful week. —CONTRIBUTED