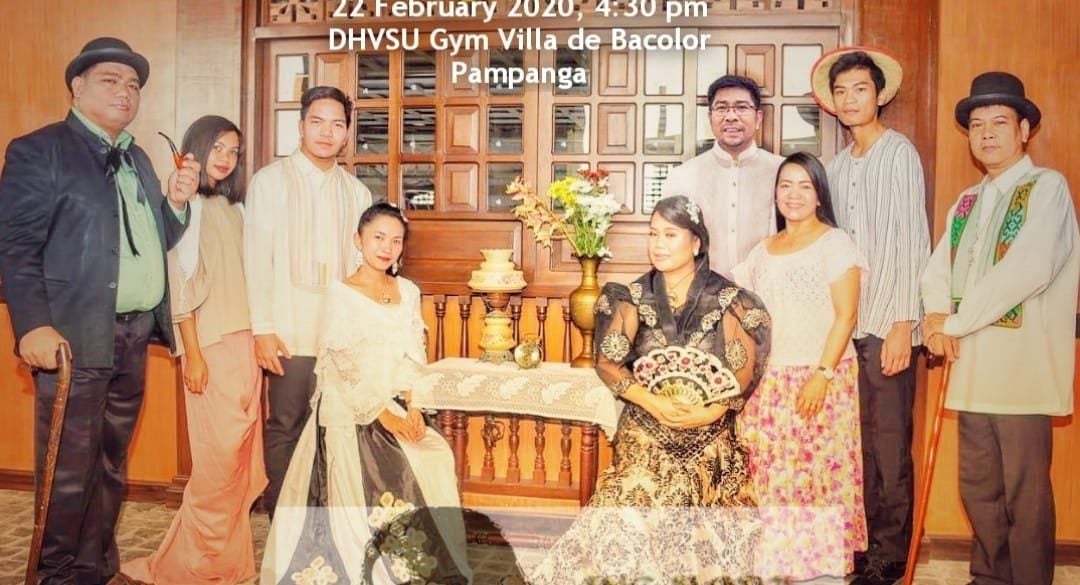 HERITAGE The promotional poster for Kapampangan zarzuela “Ing Mora (The Moor Maiden)”written by Felix Napao Galura. It will be restaged in Bacolor, Pampanga province, on Feb. 22 to fund the publication of local literature. —CONTRIBUTED/PALIPING GALURA

114-year-old zarzuela to be restaged to fund cultural projects

BACOLOR, Pampanga, Philippines — A Kapampangan zarzuela, written in 1906 and performed until before World War II broke out in 1941, is being restaged here on Feb. 22 to fund the publication of local literature.

“Ing Mora (The Moor Mai¬den)” is one of two surviving zarzuelas written by Felix Napao Galura, according to Francis Musni, curator of the Don Honorio Ventura State University heritage museum.

The other famous zarzuela is “Ing Cabiguan (The Misfortune),” which criticized Spanish works, while unraveling a tra¬gic romantic plot.

Galura (1866-1919) served as a lieutenant colonel in the Philippine War against Spain and America, was mayor of this town for nine years while being a poet, translator of Jose Rizal’s “Noli Me Tangere” in Kapampangan, playwright, religious writer, grammarian and newspaperman.

He used zarzuela, a theater forum that alternated between songs and speeches, but removed the “tales of magic, enhancement and nonsensical scenes” that were said to have been the “main cause of the backwardness of Filipinos,” according to a research.

Musni said a published copy of the script was obtained from the archives of the University of the Philippines library in Diliman, Quezon City.

“Ing Mora” tells of Mandy, a Muslim lady from Basilan with whom Rogelio falls in love with. Teresa, his cousin, tries to stop it. Mandy tries to mix in but is faced with discrimination.

Galura’s more than 30 other zarzuelas had been destroyed by the war, floods, Mt. Pinatubo’s eruption in 1991 and succeeding lahar flows that spilled from the Pasig-Potrero River that cuts through the town.

According to Musni, nothing is left of any of the original zarzuelas.

Paliping Galura, organized in 2015 by Musni and the heirs, including poet Nestor Galura, is mounting the 2020 production. The show is followed by a dinner for a cause.

“It is being restaged to introduce Galura and the zarzuela to younger generations of Kapampangan. We are also trying to raise more funds to sustain cultural and language initiatives being pushed by the group. These include the publication of the works of Galura and other greats of the Kapampangan language and those of new and upcoming breed of writers,” Musni said.