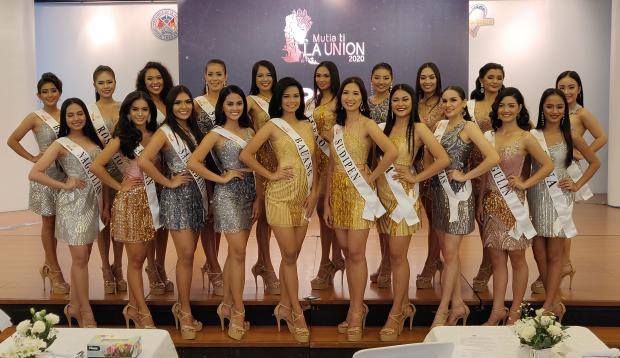 MANILA, PHILIPPINES — The 20 candidates to this year’s Mutia ti La Union pageant will walk the runway in costumes depicting the rich agriculture of the Northern Luzon province in a charity ball organized by the La Union Vibrant Women Inc. (LUVWI) on Feb. 23, at the Thunderbird Resort in San Fernando City.

The candidates are delegates representing each of the 19 towns and one component city of the province, and they will showcase their hometowns’ economic contribution to the province in the “Creative Agricultural Costume” presentation.

Aside from the bountiful harvest from the province’s land and aquatic resources, the “Abel” fabric will also be showcased in the evening affair.

Anthony Ramirez assembled a collection using the indigenous fabrics found in the north for a special fashion show featuring not only the 20 Mutia ti La Union delegates, but also some international models.

The proceeds from the ball will be used to fund LUVWI projects that will benefit the women and children of the province.

Founded in 2005 by then San Fernando Mayor Mary Jane Ortega, LUVWI has established chapters across the 19 towns and the capital city of the province. It has been working closely with the provincial government of La Union since its inception.

The 2020 Mutia Ti La Union is part of the celebration of the province’s 170th founding anniversary and will culminate in a grand coronation show on March 2 at the Poro Point Baywalk in San Fernando City.