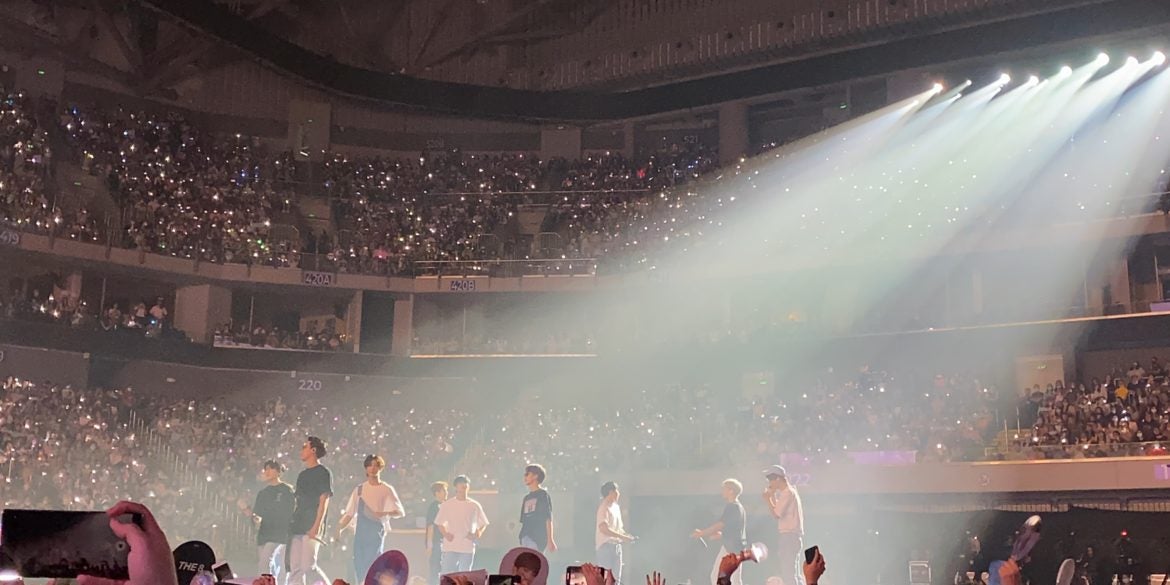 Amid the new coronavirus outbreak, K-pop group Seventeen still pushed through with the Manila stop of their Ode to You World Tour last Feb. 8. Unfortunately, the band announced the cancellation of the remaining shows due to the COVID-19 scare, with fans worldwide eagerly awaiting their return. —INNA CABEL

Seventeen’s ode to their Manila fans

Long time no see Manila!” Seungkwan screamed into a crowd clad in face masks. The unusual scene didn’t faze the singer at all, as he playfully declared “miss you, very very miss you.”

With the K-pop group Seventeen, nostalgia and excitement came in waves. When the boys made their dramatic entrance to the heavy bass of opening track “Getting Closer,” the SM Mall of Asia Arena audience fell into a trance, emotions too difficult to pick apart as the crowd scrambled, not knowing where to look first as the stage came to life.

Despite missing leader S.Coups, who is still on hiatus, members Jeonghan, Joshua, Jun, Hoshi, Wonwoo, Woozi, Mingyu, DK, The8, Vernon, Seungkwan and Dino aimed to please. The 12, in a sonic sketch of precision, started the night with the high-energy stakes of their dance tracks like “Rock” and “Clap.”

Even with the audience’s faces obscured by masks, roaring screams greeted the boys, a collective catharsis mustered by the band’s eagerness to meet their Filipino Carats, as they fondly called their fans.

Seventeen’s visit to Manila this year was a little different, coming at the heels of the new coronavirus outbreak, with several international acts canceling shows left and right. It was a welcome surprise when the band pushed through with the Manila stop of their Ode to You World Tour last Feb. 8.

Carats were more than happy to comply with added precautions, as Pulp Live World, show organizer, stepped up security measures, adding temperature checks and sanitization areas around the venue.

It’s the band’s fourth visit to the country, five years since their debut. For the boys, each song is an ode, each stage a story waiting to unfold. Seventeen has managed to translate vibrant and relatable tales of first love and friendship into whimsical numbers—every performance unfurling in fascinating ways. Take it from the dark and brooding “Fear” to their exuberantly sanguine hits like “Just Do It.” To attend a Seventeen concert is an invitation to a night of pure bliss, with the boys knowing every quirk that makes the crowd shiver, bringing a whirlwind of captivating vocals and impossibly synchronized dance moves to do the trick.

The 13-member boy group, known as “self-producing idols” has always had a hand in the making of their releases since their genesis—beats, lyrics and dance steps—each nuance perfectly curated and drawn from their own experiences.

This dedication translates live—the boys are most comfortable onstage, gripping the crowd with charisma and their ability to deliver just about anything. When the funky melodies of “Snap Shoot” played in the background, Filipino Carats couldn’t help but sing the song in its entirety. Cue an impromptu karaoke session, led by the boys themselves.

Seventeen’s ability to adapt is admirable, a talent they’ve demonstrate d throughout the years, even with their division into their hip-hop, vocal and performance units. The band’s eclectic discography works precisely because they have no limits, all 13 being able to sing, rap and dance.

Carats passed the hip-hop team’s vibe check with flying colors, as they jammed to the irresistible beats of “Chilli.” The performance team hypnotized with the mystical “Lilili Yabbay,” the dance of the 13th month, while the vocal unit’s serene voices wrapped you in the warmth of “Hug.”

“Smile Flower” is a haunting turning point of the night that cloaks the crowd in a comfortable silence—a tender understanding between the group and its fans as they sang the lyrics to each other: “I can smile because we’re together, I can cry because it’s you.” The boys conjure poignant evocations, as the notes latch onto your heartstrings.

When the stage erupts in a kaleidoscope of colors, the boys channel Broadway for Seventeen Museum. Tinged with humor and wit, they perform playful mini skits, introducing remixes of signature hits like “Adore U” and “Pretty U.”

Seventeen, are their own best hype men, jumping around the stage, with energy so contagious it’d be impossible not to dance along. There are tracks in this set we’ve seen live before, but every experience with the boys is a unique one, as they switch up melodies you’ve thought you’ve mastered.The timeless bop that is “Aju Nice” practically explodes in the arena, as the atmosphere revs up and the crowd celebrates in the grandest fashion. Everyone defies gravity when the boys scream “jump,” the electric energy filling the venue.

“Despite the rain, thank you guys for filling this really big arena,” Mingyu shared in his goodbyes. “Let’s wait until the day we see each other again, please stay healthy and don’t get sick,” he added, sending the crowd into an emotional chorus of awws.

But perhaps what sticks the most is his last reminder to Carats, to “live every day happily.” His words, in any case, are Seventeen’s earnest ode to their fans, an honest message many will hold close to their heart.