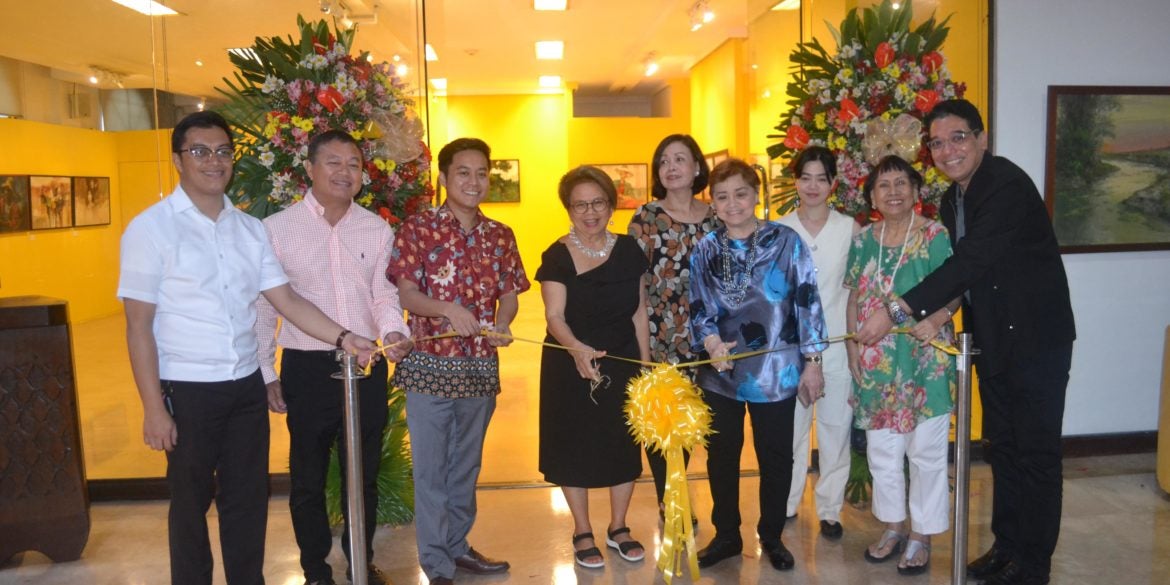 First it was the Cultural Center of the Philippines (CCP) in 2014. Now exactly six years later, it is the National Commission for Culture and the Arts (NCCA) Gallery that has come up with a retrospective of the Mabini Art movement that started in the 1950s and peaked in the 1970s and made painting and the visual arts an affordable and accessible mass—and even an export—commodity.

We are talking about “Balik Bayan: The Art of Finding Home,” which surveys Mabini Art through the works of key practitioners of the “movement”—Crispin V. Lopez (1903-1985), J.D. Castro (1908-1994), Cesar Buenaventura (1922-1983), Salvador Cabrera (1929-1986), Paco Gorospe (1939-2002), and Edgar Doctor (born 1941). All of the works are from the collection of Yolanda Buan, proprietor of the defunct Yolanda’s Art Gallery on Mabini Street. Buan played patron to many artists who consigned their works in her gallery and considered her a friend and supporter of artists.

Yolanda’s Art Gallery operated for nine years but closed when the Buan family migrated to the United States in 1978. Buan has since continued to stay in Manila for certain parts of the year and maintained a huge collection of art works here and overseas.

“I am very glad that the works of the Mabini Art movement can now be seen again by people because the new generation needs to see how great these artists were during their time and that they made their own contribution to the formation of what we call now as Philippine Art,” Buan said while touring the exhibit during the exhibit’s reception on Feb. 18.

This is the first time the collection is being shown to the public after its return from the United States last year.

Mabini Art is the name given to the group of artists and art scene in Ermita during the postwar era. Known for their conservatism, they inveighed against the modernist trend and set up shop in the emerging tourist belt districts of Ermita and Malate, where traversed Mabini and M.H. Del Pilar Streets. Denigrated as commercial and cheap, Mabini Art began to incorporate young modernists as well. Celebrated painters of the Mabini movement included Isidro Ancheta, Gabriel Custodio, Miguel Galvez, and Simon Saulog.

In the CCP 2014 exhibit, curator Pearl E. Tan wrote: “Because the (Mabini) paintings are easily produced in quantity, most art experts and non-Mabini artists dismiss Mabini Art as low-quality, or cheap art in contrast with the highly valued fine arts that are shown and sold at much higher prices in culturally recognized or legitimate art galleries.

“However, such disparaging aesthetic judgment and stigmatization prove to be unwarranted when Mabini Art is studied in its proper sociocultural, historical and art-historical contexts.”

Also in 2014, then CCP president Raul Sunico noted the “dismal” work done by art researchers and historians on Mabini Art. He indicated that the CCP was holding the Mabini Art exhibit to help in “updating, redefining and assessing the path visual art practice has taken” across the decades.

It is the same tack that the NCCA Gallery has taken to put in the proper perspective the contributions of Mabini Art to the larger project of “Philippine Art,” said Delan Robillos, curator of “Balik Bayan.”

“It is our hope that through this endeavor, viewers may be enjoined to rediscover and redefine Mabini Art and finally give it a home–a proper place in the history of Philippine modern art,” said Robillos, immediate past head of the NCCA National Committee on Galleries. INQ“Balik Bayan: The Art of Finding Home” will run until Feb. 29 at the NCCA Gallery in Intramuros, Manila.