Beyond Dinagyang, Iloilo is rich in sights and flavors | Lifestyle.INQ ❮ ❯ 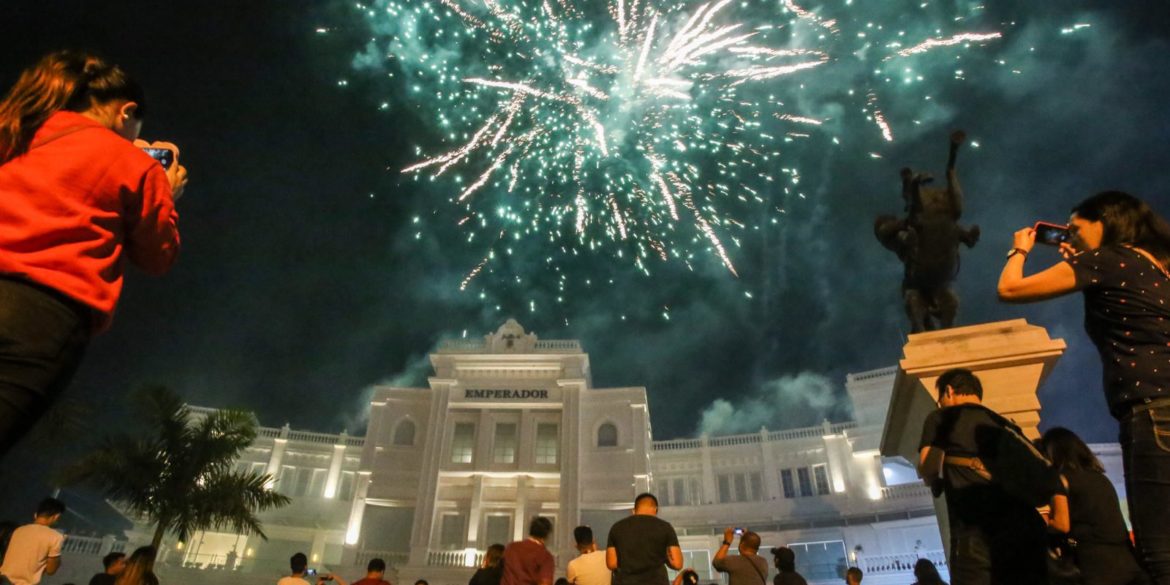 Beyond Dinagyang, Iloilo is rich in sights and flavors

It’s home to one of the best ‘molo’ soups

Iloilo has been celebrating the Dinagyang Festival every fourth weekend of January but until three years ago, most of the activities were held downtown. The parades and street dancing, bazaars and special promos were concentrated in the city’s main streets.

The burgeoning Iloilo Business Park (IBP) which occupies the former domestic airport has become one of the city’s key venues for large-scale events like the annual Dinagyang Parade of Lights and Fireworks held on the fourth weekend of January.

The theme this year of IBP’s celebration was “Rhythm, Flavors and Colors.” “Rhythm” came from the live performances at Festive Walk Iloilo by Four Elements, Leanne and Naara, and Itchyworms; “Flavors” came from the food fest at the Festive Walk; and “Colors” from the photo exhibit staged by the Noble Shooters of Iloilo.

One of the highlights of the food fest at Festive Walk was the presence of Kap Ising Pancit Molo, considered one of the best molo soups by locals and tourists alike. In the past, the only way one could savor this tasty soup chock-full of meaty dumplings was to head to the town of Molo early enough and hope they hadn’t run out of the popular snack.

Fortunately, Molo is located relatively near IBP—just 30 minutes away. One can then always make a day trip out of it and visit beautiful Molo Church and Jaro Cathedral. Take a load off and take in the sights in the charming plaza across Molo Church with its gazebo ringed with Roman-like figures.

Jaro Cathedral (Church of St. Elizabeth of Hungary) built in 1864 in the Baroque style has elegant bas-reliefs commemorating the dead on columns lining its naves. Near the entrance are stalls selling candles and all sorts of rosaries and religious medals. You can buy a candle for P7 and light it in the small structure devoted to the Virgin Mary and her parents Saints Anne and Joachim.

For lunch one day, we snuck off to Farm to Table, the popular restaurant located across Richmonde Hotel. One of several restaurants owned by Pauline Banusing, it offers buffet lunch on weekends and special occasions where we sampled Ilonggo staples like KBL (kadios, baboy, langka) and sisig made from organic pork.

“It’s been my desire to have a restaurant that uses local ingredients such as organic vegetables, meat from grass-fed cows, and free-range chickens and eggs,” Banusing said.

Later that evening, we watched the parade of lights from the Casa de Emperador building together with local writers and bloggers. Aside from colorfully bedecked floats, the event featured the twinkling dance groups from Anilao’s Banaag festival and from San Jose Del Monte, Bulacan’s Tanglawan festival.

This year marks the third time the parade of lights has been celebrated, and only the first time for Megaworld Corp. to participate in the festivities. Their illuminated float incorporated key elements found in IBP namely the Casa de Emperador, the bronze statue of Gen. Martin Delgado, the Festive Walk Mall and facades of both the Richmonde Hotel Iloilo and Courtyard by Marriott Iloilo.

The annual event was capped by a 20-minute grand fireworks display that put everyone in an even more festive mood. Revelers were able to take a closer look at the lighted floats because for the first time in three years, the floats were allowed to park on the main stretch of the IBP.