‘It was like working for the United Nations’ | Lifestyle.INQ ❮ ❯ 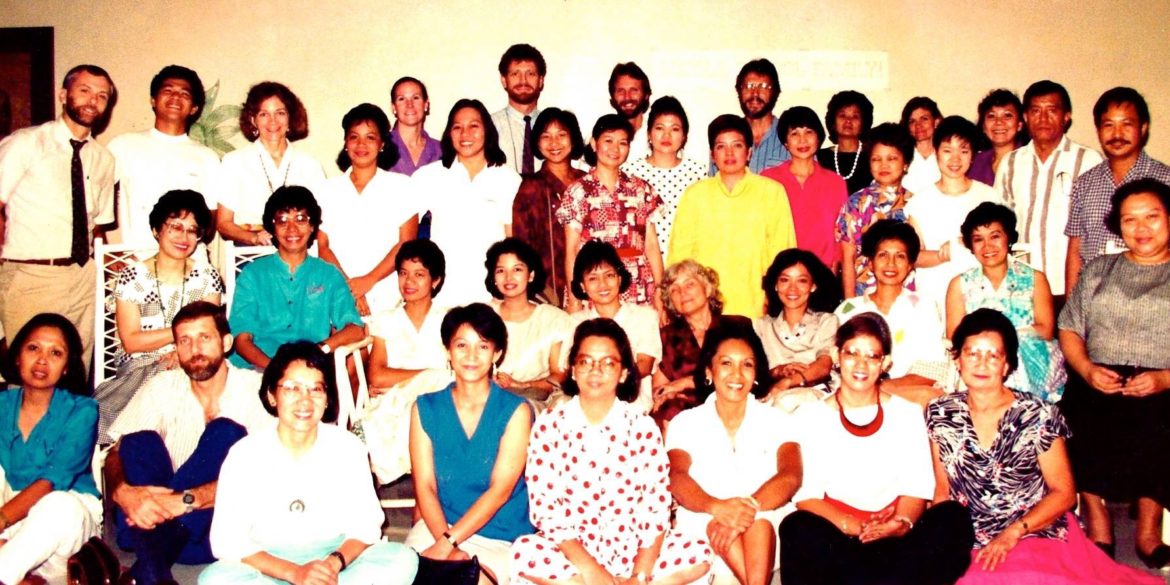 International School Manila (ISM) recently commemorated its 100th year, bringing back to its Bonifacio Global City (BGC) campus its alumni from all over the world. The campus was originally on Donada, Pasay, where Arellano University stands today. The Bel-Air campus on Kalayaan Avenue is now the site of towering condominiums, but warm memories linger for everyone. These recollections of teachers who have been part of the ISM faculty are excerpted from the ISM Centennial Magazine, edited by alumna Carina Ines Diaz.

How does one gather the collective memories of faculty members and administrators and a first lady, besides, whose aggregate years of service total more than a hundred, even surpassing International School Manila’s milestone centennial?

Former first lady Amelita M. Ramos first joined the American School in Donada in 1955 as secretary to the assistant headmaster with a salary of P1 an hour. She was soon promoted to P.E. (physical education) teacher, director of testing, director of admissions, registrar.

When it became International School Manila, with many foreign students and nationalities represented, according to her, it felt like working for the United Nations. “This helped me when I became first lady, which required dealing with different kinds of people. Working with different teachers, staff and heads of ISM and getting along with them was a big challenge. This is the reason I worked at ISM for 64 years and counting, becoming the antique of ISM.”

Lety Sala, elementary school vice principal: “I have images of children learning and playing together, oblivious to cares and worries, of teachers of different nationalities blending and excelling to make ISM a truly unique school and learning environment.”

Eloisa Carpio Ledesma, K-12 assessment specialist: “What I treasure most about ISM are the many professional development conferences overseas we were sent to abroad to help us grow in our respective fields. ISM really drew out the best in me.”

Peachy Regala Maramba, middle school teacher: “I enjoyed teaching social studies in an era when there was no Google, and actual research from books was needed. These students, now all grown up with successful careers, still talk of how much work they put into the reports, which they remember to this day.”

Ana Fernandez Rodriguez, elementary school teacher: “I only wore heavy Dr. Scholl shoes, not closed shoes, and this was not considered professional enough. I noticed that the teachers seemed so confident and put together with their coiffed hair, pearls, the closed shoes I never owned. I recall beautiful music being played on the piano in an adjoining room by a glamorous Spanish teacher, Ingrid Sala Santamaria. I inherited a class that included a sweet and smiling Anna-Lisa Muhlach Sumilang and Cielito Fernandez who grew up to be Pops.”

Corazon (Chona) Valles, high school English teacher: “We almost burned the school down in 1975. We were studying the Classics, and at the end of a series of books, I asked my students to synthesize what they learned through any medium. Someone prepared a Medea Museum, another built Nora Helmer’s doll house, others wrote songs. But one student decided to replicate what she imagined to be the cave where Anouilh’s Antigone was immured. She had borrowed the closet where the janitor kept his mops and pails, and she lit little candles she had lined on the floor. Before we knew it, flames rose almost to the ceiling. Quick-minded students found buckets and doused the flames.”

A time of transition

Dennis Larkin, middle school vice principal and elementary school principal, 1988-96: “The lasting gift from ISM remains the wonderful camaraderie I enjoyed with the many Filipino teachers in the elementary school. It was a time of transition in terms of how we went about teaching and learning together as a faculty and as colleagues. We looked to each other for support and for encouragement. As is the way in the Philippines, there was always a lot of laughter and a mix of banter with a seriousness of purpose. The Philippines was where we raised our children and, in many ways, ISM was the home in which we raised them.”

Pat G. Jardiniano, elementary school teacher: “I first interned under two excellent teachers, Ms Leticia Tubangui (later Sala) and Ms Celedonia ‘Cely’ or ‘Mrs. A’ Aquino. One of Mrs. A’s students was a new boy from a local school. who easily and quickly blended with his foreign classmates. It was easy to remember him. On my last year of teaching in 1997, a young boy joined my grade two class. He presented his admission card on which was a familiar surname. I asked him if he knew Gerardo “Ditto” Borromeo, the fourth grader in the first class that I was assigned to. His polite reply: ‘He is my father.’”

Ethel Wolfe, Optimal Learning Center coordinator: “After 33 years and eight countries, living and working in Manila, at ISM, stands out! So many memories so much laughter and touching sincerity. Helping to shape the Optimal Learning Center with the most dedicated team of professionals that I have ever worked with, the mentoring of Dennis Larkin, collegial bonding and humor with Al Kay, discovering my passion for scuba diving and most importantly, the deep friendships developed with Filipinos and expats that continue to bring great joy to my life.”

Students to be remembered

I never wanted to teach as a career, knowing what hard work it demanded, and were it not for the much loved and respected longtime superintendent Vincent Harmon, I would never have entered ISM. This ISM job allowed me to explore unknown worlds and aspects of myself, truly often the road less traveled.

I loved the reading and writing I had to do with my writing mentorship students, all of them such memorable personalities. Who can forget Arne Tangherlini, Gina Apostol (best-selling novelist of “Insurrecto,” now based in New York with rave reviews from the New York Times) and Math teacher Judy Baker?

Who are the students to be remembered? The likes of James Forbes, who quoted from my book of Philippine superstitions and folk beliefs to explain his naughtiness away. Diego Cuenca who was so taken by the heroine in “The Witch of Blackbird Pond,” and who so loved being read to, he’d fall deep asleep in the Reading Corner, buried under the pillows. His fourth grade teacher, Ester Fernando, now gone, so loved him she threatened to take him home as his punishment for not turning in homework.

Sitara Engelbrecht-Larkin, ever enigmatic and unpredictable, but skilled in singing and sewing. Isabel Sicat, now a fashion trendsetter, lingering in the classroom long after school hours, just to chat and to giggle.

Jaime Jimenez, then so playful, today always in pursuit of social development projects. Lauren Go, who chose to spend her after school hours with me, finishing her book of her writings. The Salazar sisters Peggy and Penny, always with goodies from their mom’s kitchen, today a full-blown enterprise.

Jay Sala who stayed long hours in the CMC to go home with his administrator mom Lety, was a precocious and loquacious one. There was Camille Villar, who wrote with such pride about her dad’s rags-to-riches story. Mariana Zobel de Ayala, now a mall executive, whose whole clan came to applaud her at our yearend book launch.

Have I come full circle?… When I left the school after 37 years of service (I knew my expatriate colleagues were aghast—did I really have nothing better to do?), only regretful that I would miss ISM’s rich library resources, I felt I was ready to close that chapter of my life, empowering me in my responsibilities today as a concerned citizen of a country whose arts and culture I had grown so proud of, thanks to the diverse school community.

The centennial and all that ISM has been, despite many rocky and unpleasant years, as expected in any work setting, leave me with a warm feeling of nostalgia and gratitude—for the special valued friendships, for the teachers so dearly loved and now gone, for the incredibly wide network of the ISM family, past and present, for the exemplary work ethic of outdoing yourself every time, for the many joys of teaching and learning. —CONTRIBUTED