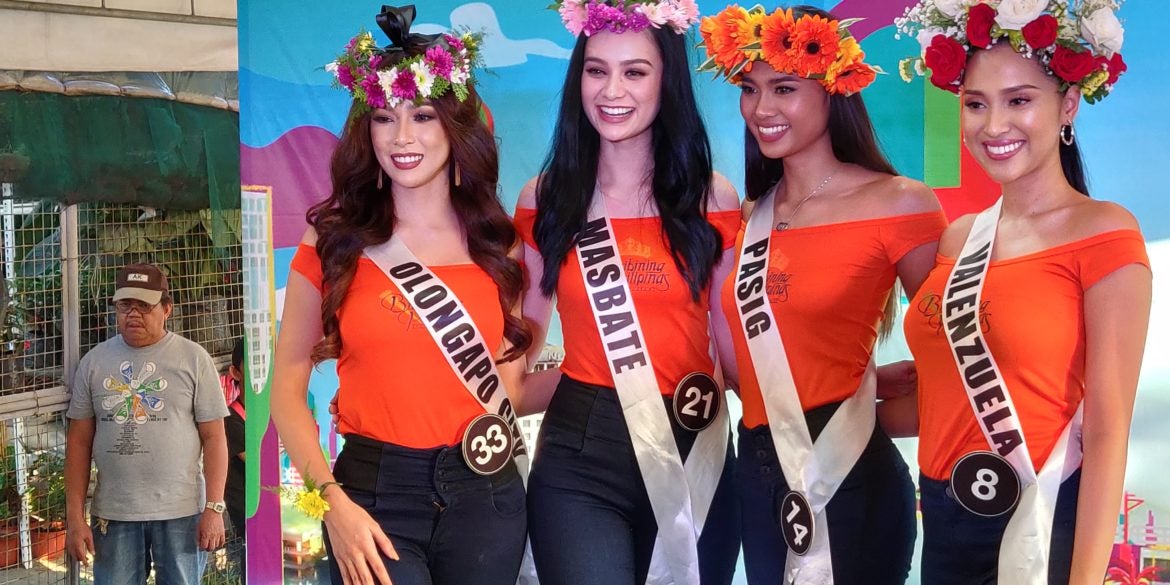 Binibining Pilipinas beauties honor the women who inspire them

MANILA, PHILIPPINES — Four Binibining Pilipinas candidates were chosen for the beautiful crowns they fashioned themselves using colorful and fragrant flowers in a special activity that tested their creativity and resourcefulness.

Divided into four, the selection committee chose one winner from each group for the flower crown making activity during the delegates’ visit to the Farmer’s Garden at the Araneta City in Quezon City on Feb. 28. There, the candidates also learned a few tips on how to grow their own ornamental plants.

Ortiz and Garcia said they would both offer flower crowns to their mothers. “She’s the best. She’s my hero, my teacher,” the Pasigueña told the Inquirer at the sidelines of the event.

For Cruz, every woman deserves her own flower crown. While Arnold chose to honor the young Pakistani activist Yousafzai, whom she considered to be her inspiration.

“Her story is so powerful. She was actually shot because she was advocating for girls’ education. I think everyone should follow her footsteps, and not be afraid to stand up for what you believe in,” the Masbateña beauty explained.

Arnold has been vocal about her plea to provide education to all the children, and she has worked in some programs that seek to send kids to school.

The ladies also expressed their thoughts on the Women’s Month celebration this March.

“We are empowered. Continue being yourself. Assert yourself. All your beliefs and principles are valid,” Cruz said.

Ortiz declared: “Never ever doubt yourself. Always believe that you can achieve the dreams that you are aiming for.”

For Garcia, Women’s Month should be celebrated by “simply encouraging others to give thanks to our mother, because they gave us our lives.”

Arnold, meanwhile, encouraged women to celebrate themselves every day, and that “no one should determine what [women’s] dreams will be.”

She also shared her excitement for the pageant’s women’s month activities.

“I just wanna encourage all the girls to keep on following their dreams. Whatever they want to be, if they want to be a scientist, beauty queen, doctor, president, then they can do it,” Arnold, who studied forensics in college, continued.

The 2020 Bb. Pilipinas delegates also took part in an “Empowering Women” seminar at the Cyber Park Tower 1 at the Araneta City on Friday. The event was in partnership with the Samahan ng mga Pilipino para sa Reporma at Kaunlaran (SPARK).

On March 8, International Women’s Day, the reigning Bb. Pilipinas queens are scheduled to give a talk at the “Women Empowerment Program” at the Gateway Mall Activity Center at 2 p.m.