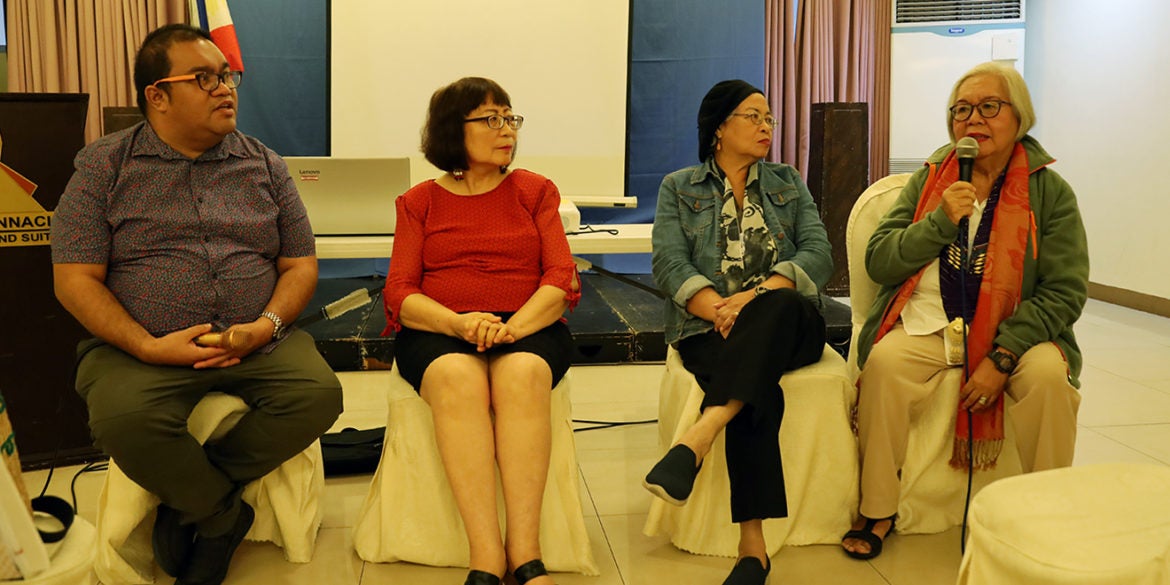 National Artist for Literature Resil Mojares said that nationalism requires a certain form of amnesia, as pointed out by social theorist Ernest Gellner.

It means that people may have have to forget their identity as an ethnic group to mold the consciousness of being a nation, he explained.

However, Mojares noted that while Gellner’s notion is “eminently practical, it is also dangerous.”

The national artist for literature made the remarks in his keynote speech at the literary conference “Reading the Regions” where Mojares emphasized that regional literature should be empowered and enriched. The conference, organized by the National Commission for Culture and the Arts (NCCA), was held at the Pinnacle Hotel and Suites in Davao City on Feb. 28 to Feb. 29.

“What assures speedy mobilization or practical ends may also mean a diminution of our substance as a people,” explained Mojares.

“Amnesia breeds totalitarianism. It is the richness of memory which we must always nourish.”

The Cebu-based writer-scholar explained that regional writing is a way of instilling the consciousness of a certain location and a way of making a difference, an artistic imperative for writers.

“Reading the Regions” is the flagship project of the NCCA’s National Committee for Literary Arts (NCLA) for the National Arts Month (NAM) celebration.

The audience, which was mostly students and teachers from Mindanao, was deeply engaged in the discussions of different literary texts such as F.H. Batacan’s “Smaller and Smaller Circles,” Kiniray-a song “Tarpolano” by Sammy Rubido and indigenous group Teduray’s epic “Berinareu.”

The two-day event, comprised of parallel and plenary sessions, was patterned after the content of the textbook “Reading the Regions: Teaching Philippine Literature from Multi-Perspectives.” Edited by literary scholar Isidoro Cruz, it is a collection of teaching material on regional literature penned by various writers and professors including John Bengan, Jay Jomar Quintos, John Barrios, Julieta Mallari, Maria Luna Sicat-Cleto and Merlie Alunan.

The book, which aims to be a teaching guide to literature teachers, was launched during the second day of the conference. It featured lessons on regional literary works such as Sinai Hamada’s short story “Tanabata’s Wife” from the Cordillera, Cebuano Ernesto Lariosa’s “Sakdanapay” and Francis Macansantos’ Chabakano poem “Para con mu Anak Mujer.”“Instead of giving more focus to the writers, we decided to give the attention to teachers in this year’s NAM. That’s why there were demo teachings of the book’s content,” former NCLA head Hope Sabanpan-Yu said. “The book was also created because teachers, especially those who teach senior high school, were asking for this kind of reference material.”—CONTRIBUTED INQ

“Reading the Regions: Teaching Philippine Literature from Multi-Perspectives” is a publication of the NCCA. For more details about the book, email its Public Affairs and Information Section at [email protected] or visit ncca.gov.ph.