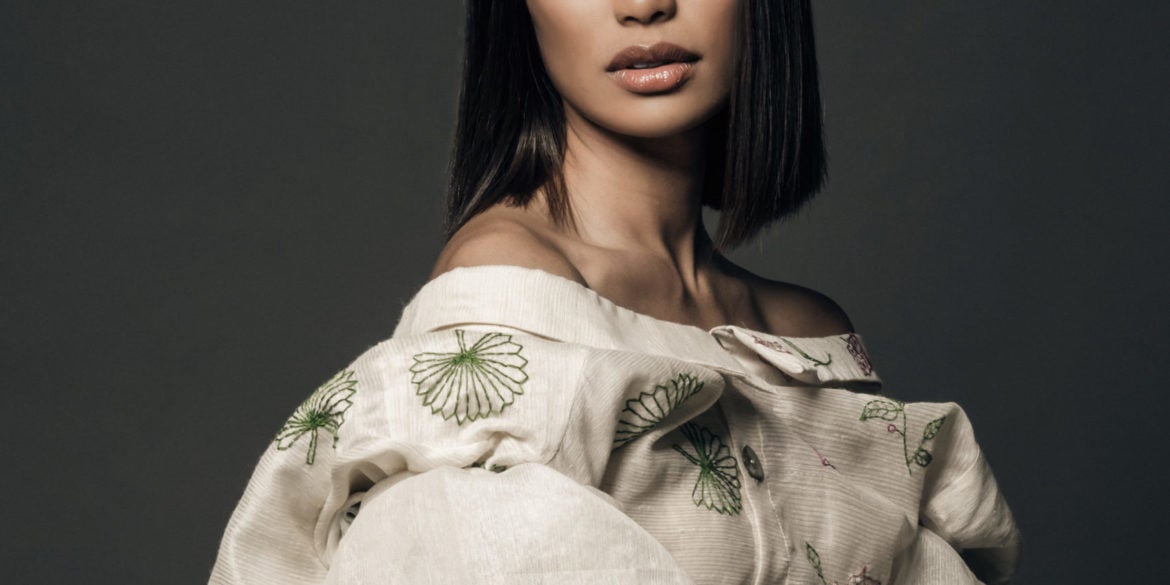 Gabbie Sarenas has come a long way from 2016 when she was finalist in Lifestyle’s Look of Style Awards. Her entry collection was called “Alamat.” They were pieces inspired by Filipino folklore—embroidered mythical characters such as the tikbalang, Malakas at Maganda, sarimanok and sirena made of silk piña and light crepe.

“I love piña and its varieties. It’s very Filipino! The feel is light, while its volume evokes the romance I want to give it,” she said in an interview with Lifestyle.

After Look of Style Awards—in those years the Awards winners got a three-week workshop grant at Istituto Marangoni or Central Saint Martins in London—she just continued her journey as a designer, and as a brand. “I was just persistent with our ethos and objectives and it eventually evolved into something better than I imagined and planned,” she added.

“I carried on with the fashion shows locally and one in Vancouver Fashion Week (Canada).

“My style became more playful. It still has that romantic feminine vibe I started with. But now it became more personal (like instinctive),” Sarenas said.

However, one thing stayed. Sarenas has a way of churning out statement pieces rooted in Filipino heritage.

Sarenas’ design plays on volume, lightness and surprises—both unorthodox and traditional, nostalgic and contemporary. “I get inspiration from beautiful things, emotional things, things that grow,” Sarenas said. “I like to read, I like to learn, I ask a lot of questions. I like art and asking about the process, I like creative problem solving.”

Asked about her design process, Sarenas said, like any artist, she doesn’t want things rushed. “I like incubation. I love simmering ideas. I do a lot of research.”

Eventually ideas come together—like, as she put it, putting them all in one big pot, which turns into a concept. “I can’t force concepts to happen but I can push myself to reach for more ingredients.”

She sources her materials from all over the country, specifically in the Visayas and Mindanao.

For construction, it depends on the research and development needed. “If I need to cut and drape it myself, I would, but most of the time, my production team knows what I want already and I direct.”

Sarenas believes that the people who wear her designs are those who are not afraid to stand out, respect tradition and culture and “can be a little bit crazy, men and women who like unique things, people who like to understand and learn history and culture, who like nothing stiff yet respect the classics.”

She noted how people today appreciate the authenticity of the design or merchandise, even when shopping. “There is more awareness of art, culture, economic and social events that we are facing today. I see this change in the millennials as they are more investigative about their purchases and style.”

To survive or thrive in a very competitive market, Sarenas said, “I just trust my instincts. It has to be me and, if I’m happy with it, then we go forward.”

She believes that this is the best time to be designing Filipiniana, seeing that the design community is empowering and moving. “The creativity is brewing and it does start the conversation of asking who we are, which is the goal. I see that people are proud of wearing Filipino-made products. It really grew in a few years.”

After Look of Style Awards, she said that she has become more confident of her work, “I trust my gut, and keep moving forward.”