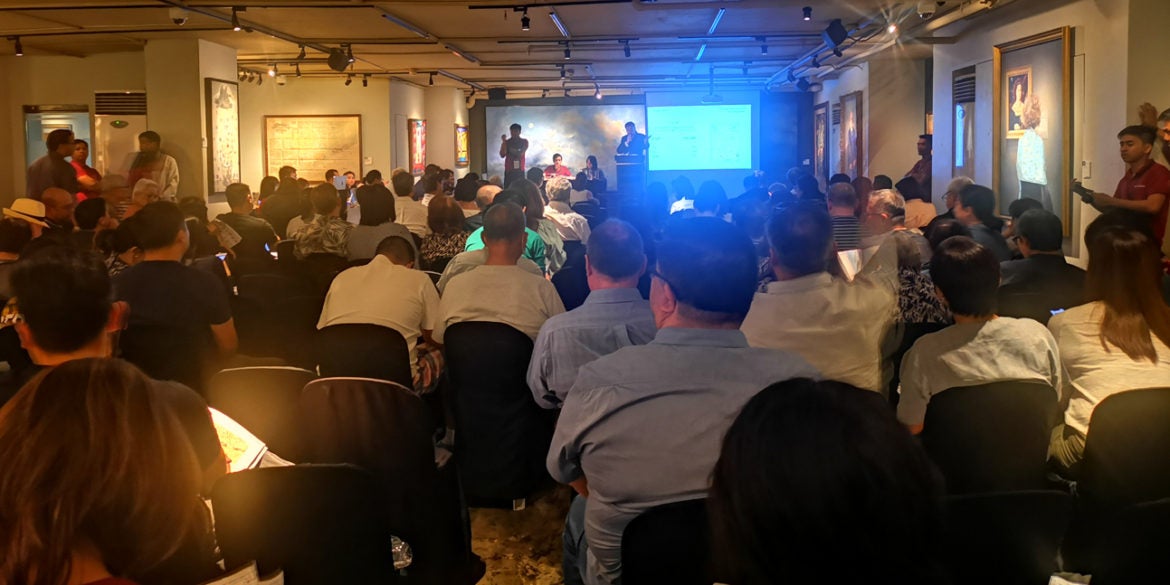 The masters and very established names in Philippine art continue to dictate the local auction scene as shown in León Gallery’s initial major this year with the Asian Cultural Council with the likes of Ang Kiukok, Malang, Romulo Olazo, Lao Lianben and Fernando Amorsolo dominating the auction.

Amorsolo had the most pieces sold at 10.

But it was Jose Joya’s piece from 1972, “Prelude to Violence,” that commanded the highest price at P15.76 million. The work made waves last year when it broke the Malaysian auction record last year, selling for P11.5 million at the Kuala Lumpur Art Space auction.

Fabian de la Rosa’s “Dos Hermanas,” a portrait of Rafael Palma’s daughters, which made its public debut after being in the Alicia Palma Bautista for almost 100 years, sold for P12.84 million.

All prices include buyer’s premium.

Of the pieces by Amorsolo, it was “Luksong Tinik,” a cheerful portrait of rural kids at play, which sold for P9.34 million.

Selling for P7.59 million is “Malate Church,” also by Amorsolo, and shows the iconic church in simpler times, surrounded by greenery with a calesa in the foreground.

“Petrus Plancius,” a wonderful example of the third state of the legendary spice map, sold for P7.59 million. Published in 1617, the map was produced as an advertisement for the voyages of the Dutch East India Company to the Spice Islands.

Other impressive pieces include Olazo’s “Permutation Series II No. 115 (B-XVII),” which came from a private collection in Kuala Lumpur, that went for P8.76 million and “Buddhist Television” a meditative piece by Lao Lianben, that sold for P5.13 million.—CONTRIBUTED INQ