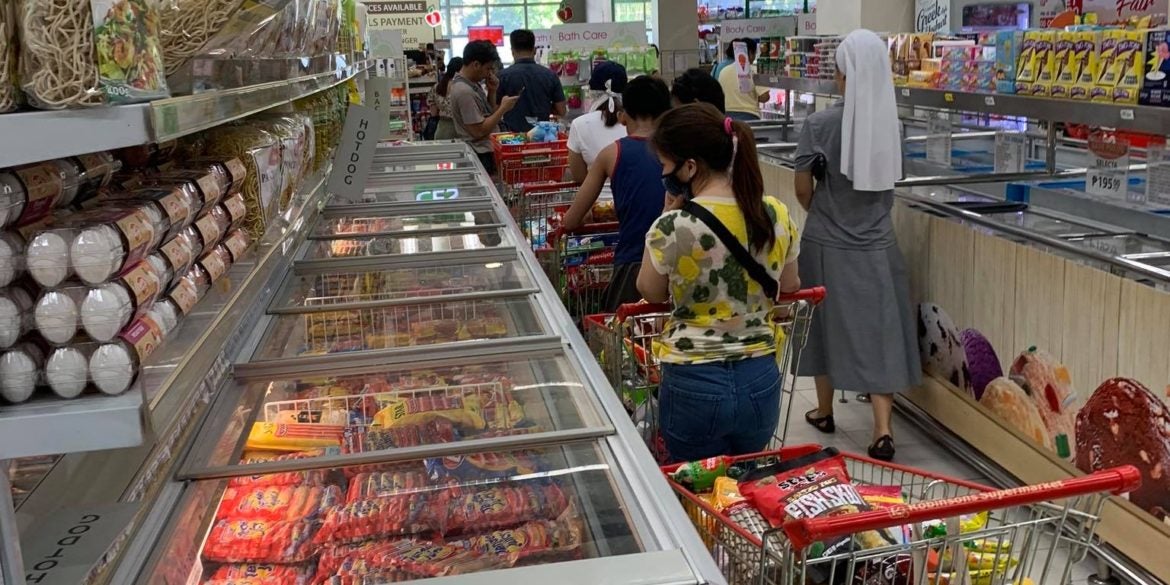 The monthlong lockdown of Metro Manila was met with grave concern and anxiety, to say the least. Some quarters warned it was tantamount to a declaration of martial law, while others chose to reserve judgment, saying that the best thing anyone could do for now was to simply follow directives and protocols.

On March 14, malls were open but there were only a few people. Quezon City resident Reymar Dayo went to his bank branch at SM City North Edsa where there were few customers.

Despite it being a “payday weekend,” Reymar said the volume of mallgoers was noticeably low. He likened it to a “normal weekday,” although the parking lots were full of cars. The main purpose of those who braved the malls, despite multiple warnings to avoid high-traffic areas, was to stock up on groceries.

Sherrynell Dayo, Reymar’s sister-in-law, said that the commercial area along Don Antonio in BF Homes, Quezon City, last Saturday was full of motorists and pedestrians who headed straight to Robinsons and Puregold supermarkets, and Mercury Drug.

Scenes of practically empty malls were posted on social media, but supermarkets were full of people with carts and baskets piled with produce and household items.

At Rockwell’s Power Plant Mall, similar scenes were observed by Lifestyle’s Cheche Moral: There were very few people in the mall itself because most of them were shopping inside Rustan’s supermarket or filling prescriptions at Mercury Drug, located at opposite ends of the ground floor.

“The restaurants are practically empty, which is unusual on a weekend. In the supermarket, shelves for canned goods, pasta and rubbing alcohol are empty,” Moral said. “People are really panicking.” Although they were not frantically running around, she said about 90 percent were wearing surgical masks, and grocery carts were full.

Taguig resident Memo Moreno did two grocery runs in only three days, and noted how “the vibe was frantic.”

On the morning of March 14, she went to South Supermarket to buy additional groceries for her elderly parents. “There were a lot of people but the mood was more relaxed, more chill. The lines for the checkout counters were long but they were orderly,” Moreno said.

She added that the supermarket shoppers who showed up on March 14 seemed to know that they would have to wait in line, so they came prepared and were not fidgety or irate.

Ayala, SM and Robinsons malls announced that they would close their metro-based malls effective March 16.

“Only establishments offering basic services shall be kept open, such as supermarkets, drugstores, convenience stores, banks and other essentials,” said the statement of Ayala Malls. The stores to remain open in metro-based SM Malls include “supermarkets, banks, pharmacies, hardware, select restaurants that offer takeout or home deliveries and other essentials.” These will remain open 11 a.m.-7 p.m., Mondays-Sundays.