Catch-up reading in the time of COVID-19 | Lifestyle.INQ ❮ ❯ 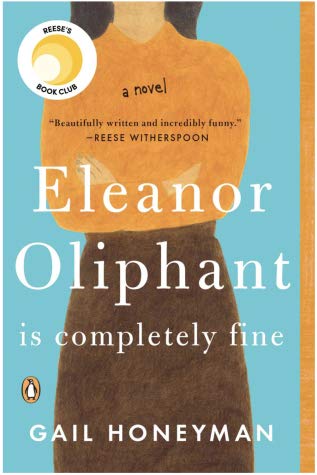 Catch-up reading in the time of COVID-19

From fiction to cookbook to comics, from Salman Rushdie to Ara Villena

These long days, when we have to unexpectedly cloister ourselves in our homes, offer the greatest opportunity to catch up on our reading.

Perhaps you have a pile of paperbacks on your bedside that you promised yourself you would get to? Do you have a couple of hardcovers with dogeared pages and bookmarks sticking out haphazardly that you swore you’d finished? Well, there is no better time that now.

Books are the perfect way to get through the quarantine as you can read at your own pace. You can never read enough books.

Ever wanted to indoctrinate yourself on the classics? As an esteemed colleague recently said, “This is the best time to start reading Proust.”

Here is a selection of recommended titles to read in the time of COVID-19.

If you want a surprising, absorbing read, “Eleanor Oliphant Is Completely Fine” is for you, a whimsical yet emotional novel with two very interesting
characters.

Eleanor is an unusual woman in Glasgow who is socially challenged, has never had a haircut since age 13, and is made fun of by her coworkers.

Her quirky habits hide a darker past, and soon she develops a powerful crush on a rock singer named Johnnie Lomond, sure they are destined to be together.

Eleanor encounters a new friend at work named Raymond Gibbons, who starts taking care of her.

The humor of “Eleanor Oliphant” is balanced by its weight in tackling mental health. It will give you a good cry after a good laugh.

After a demon kills her beloved friends, Bryce Quinlan joins forces with a dangerous fallen angel named Hunt Athalar to track down and get her revenge on the demon in the magically modern Crescent City.

The best-selling author of the Throne of Glass series puts her fantasy skills to full use in the first volume of her newest franchise. There is combat, magic and romance, all in this single location.

“The Mirror and the Light” by Hilary Mantel

After portraying Cromwell’s devious beginning and rise in “Wolf Hall” and “Bring Up the Bodies,” Mantel, who is unmatched in this fiction territory, concludes with his literal downfall in “The Mirror and the Light” with Cromwell’s execution.

Fans of the Wolf Hall series have waited eight long years for the conclusion, but here it is, in all its bloody glory.

This is a mind-blowing metafiction adventure across America from the author of “The Satanic Verses.”

It happens on two levels, with a writer named Sam DuChamp who begins writing a novel about a seemingly insane man named Ismail Smile
who starts becoming obsessed with a Bollywood celebrity in New York named Salma R.

In an homage to Miguel de Cervantes’ “Don Quixote,” Ismail travels across the country with an imaginary son named Sancho, and the two levels of
“Quichotte” start to intertwine.

It’s like “Inception” on the road, a literary odyssey worthy of having been a finalist in last year’s Booker Prize.

In an homage to Miguel de Cervantes’ “Don Quixote,” Ismail travels across the country with an imaginary son named Sancho, and the two levels of
“Quichotte” start to intertwine.

It’s like “Inception” on the road, a literary odyssey worthy of having been a finalist in last year’s Booker Prize.

“Notes from my Kitchen” by Chef Reggie Aspiras

Aspiras has done many things in the realm of food outside of cooking itself. She has hosted a TV show, released her line of products and writes her “Kitchen Rescue” column for Lifestyle.

She’s also an author of cookbooks, with her “Kitchen Rescue” series, and now she has a new book, “Notes from my Kitchen” from Anvil Publishing. This new title promises an inside look at Aspiras’ kitchen legerdemain, and features great recipes of Filipino dishes done in a modern way, in that Chef Reggie style.

Staying at home can be a great time to cook up something new, and this book can help you.

“The Mamba Mentality: How I Play” by Kobe Bryant

With Bryant’s death last month, this coffee-table book testifies, in Bryant’s words, to the ferocious mindset and work ethic that made him the one and only Black Mamba.

It’s not a guide but more a celebration, with great photographs by Andrew D. Bernstein. It even has an introduction by coach Phil Jackson. It’s inspiring as well as haunting.

“Spark Joy: An Illustrated Master Class on the Art of Organizing and Tidying Up” (Magic Cleaning Part 2) by Marie Kondo

Kondo’s first book, “The Life-Changing Magic of Tidying,” rearranged and reduced homes around the world. Now, Kondo continues that tradition with her second book.

This is like an expansion of the first book with a bit more insight into the whole “sparking joy” vibe of your possession, and many useful diagrams for folding. This is a very useful book now when so many of us are at home with time on our hands.

Anyone who has enjoyed the deep weirdness of Riggs’ “Miss Peregrine” series (the first novel of which was turned into a movie starring Eva Green as Miss Peregrine) should welcome this fifth installment with open, winged arms.

Jacob Portman heard something from Abe, his dying grandfather, about his dear friend, a girl named V, and must escape pursuers and beguiling mysteries to find her—against her own wishes. There’s nothing quite like a Riggs series out there, and it’s a good gateway to just losing yourself in another world.

One of the most inventive series to engage a unique audience ever in Filipino literature, “Janus Silang’s” original premise, about a young boy entering a realm to battle folkloric creatures through a deadly video game, has spun off into a much broader, fleshed-out, dangerous world.

The series from Adarna House is on its fourth volume and continues to journey forward decisively, not unlike Janus himself.

This book raises the stakes and explains a lot—but there’s a price to be paid for such heroism. Read this and prepare yourself for book 5.

“House of X/Powers of X” by Jonathan Hickman, et al.

Marvel Comics’ mutants are almost completely redefined by the brilliant Jonathan Hickman in last year’s “House of X/Powers of X” limited series. Hickman decided to revise the mutants’ origins and the source of their power by giving them a new secret history and a new base, the living island of Krakoa.

At the center of all this are the iconic X-Men, but not the ones you think you know. This also marks a new story moving forward. Join Hickman in this hardcover with gorgeous art from Pepe Larras and R.B. Silva.

This independently published mini-comic (available through mervstore.com) is one of the most intricately beautiful comics to be produced in the Philippines.

Through her art, Villena shows readers the discovery of an amazing world within another world as you accompany the girl named Laya.