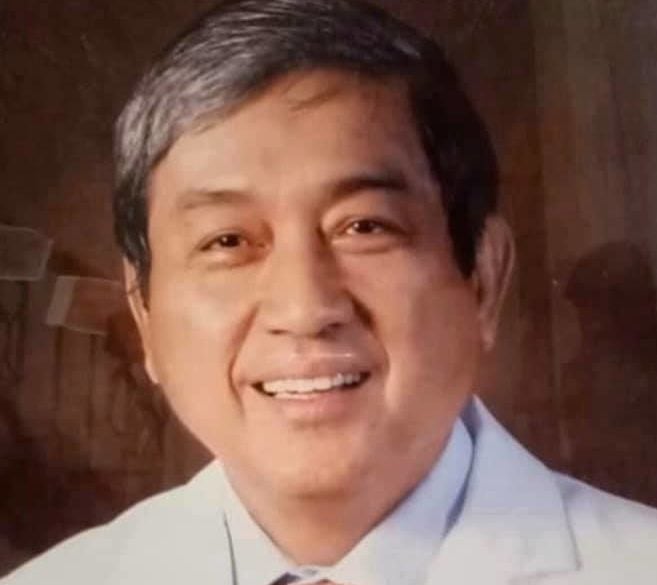 A good doctor, a good Filipino and a good man.

This was how friends and colleagues remembered Dr. Raul D. Jara, the cardiologist from the Philippine Heart Center who died due to COVID-19 March 24.

He was a nationalist who believed that medicine should be placed in the service of the Filipino people, said one of his colleagues in the Medical Action Group (MAG), the health and human rights NGO that Jara chaired from 1989 to 1991.

The colleague, who asked not to be named, said she was not surprised that despite his advanced age, which put him at greater risk of infection, Jara chose to serve at the front lines where he was needed.

As mentor, Jara was good at motivating those he taught to serve their fellow Filipinos, specially the less privileged, his colleague said. He was the kind of person who lived out his beliefs.

“He was a good doctor who was always there for the people, especially the marginalized,” recalled Dr. Ben Molino, who was medical director of MAG when Dr. Jara was chair. “He was a cool guy who always listened and did his best to find a solution. Doktor ng mamamayan, doktor ng bayan.”

A graduate of the University of the Philippines College of Medicine, Jara taught in his alma mater and led its cardiology training program at one time.

He would put his patients at ease by pretending to sing into his stethoscope as if it was a microphone, recounted his MAG colleague, whose parents were Dr. Jara’s patients.

“He would tell them, ‘You can help heal yourself by being happy,’” said the colleague. “Only then would he give them his prescriptions.”

Wilna Dizon Jovellanos, a friend and neighbor of the Jaras, recalled his compassionate nature in treating her ailing aunt.

“My tita was in and out of the hospital for months, and since Raul was a neighbor, his daily visits were also social visits. We would know he was coming because his entrances were always accompanied by seasonal songs,” she said.

“On the day my tita died, Raul stayed with our family in the ICU, prayed the rosary fervently with us until she breathed her last . . . then I saw Raul in tears . . . he shared our grief. We will miss him . . . he was a good man! May he enjoy eternal bliss!”

Apart from medicine, Dr. Jara’s other passion was singing. He was a member of the famed UP Concert Chorus in his student days.

An admirable guy with a fine bass singing voice is how choreographer and stage director Veda Bañez, one of his batchmates at the UP Concert Chorus, remembered him. She considered it a blessing that he was able to perform onstage with other alumni at “GILIW Korus,” the chorale’s 50th anniversary reunion concert last Feb. 16.

“I saw him get off the stage and he was all smiles, he was so happy,” she recalled. ”We did not expect him to leave us so soon.”

Jara was also a composer, she added. One of his songs was in praise of teachers, thanking his teachers for inspiring him.

“Now it will be sung about him,” said Bañez. “He was an inspiration for being true to your profession and sharing life and joy with people.”

In a social media post, his daughter Dr. Ling Jara-Salva, wrote: “His memory is not defined by how he died but how he lived. Papa is in each one of us; he lives on in the hearts of his wife, five children and their spouses and 10 grandchildren. We must live on. We must persevere. Go on with a steady heart.”

At the time of Dr. Jara’s passing, at least five other doctors died due to the COVID-19 pandemic, including Doctors Israel Bactol, Greg Macasaet, Rose Pulido, Sally Gatchalian and Marcelo Jaochico. Many more have tested positive for the virus, and with chronic shortages in protective gear and mounting hospital admissions, the number of casualties is expected to rise.