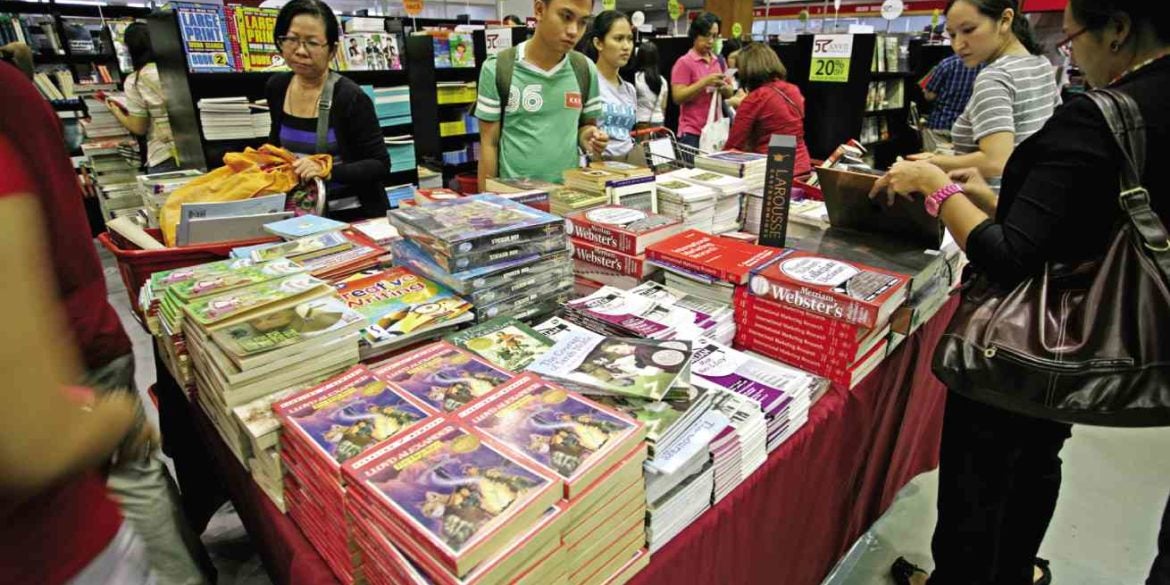 Even before the lockdown, book sales were doing poorly, especially since there were fewer people going to shopping malls, according to publishers.

This early, the Philippine publishing industry is like a book that’s stuck on just one chapter by the new coronavirus disease (COVID-19). After all, books take years and capital to be printed before they need to be launched and distributed to retail; they need readers to buy them.

“When the COVID-19 scare began mid-January there were losses already—and the stores were open then though there were fewer people in the malls,” she said.

Asa Montenejo, president of Adarna House, said they had to temporarily limit their operations. “Some of our employees are able to work from home, but this is not doable for all of them,” she said. “On the bright side, it has made Adarna heighten efforts to keep our employees safe and healthy, and I think these are additional measures that we can continue to promote even after the quarantine is lifted.”

The main effect for all presses has been delays in printing and distribution, leading to loss of sales.

Montenejo noted that since the printers have been shut down, the books that were scheduled to be printed have not been printed. They could not participate as planned in online platform Lazada’s anniversary sale last March 27.

Flores said they had books that had already been delivered to their warehouse but could not be distributed because of ECQ, such as Margarita Cojuangco’s book on SAF 44, “Oplan Exodus.”

Flores added, “aside from the new books, about a dozen titles we are reprinting are on hold.”

Ateneo de Manila University Press director Karina Bolasco said the university press would probably lose “a month’s worth of sales, which usually ranges from P1 million to P2 million in really good, normal times. Maybe the one-month delay will be felt more by textbook publishers whose books have to be ready by June, when K-12 classes open.”

Among Ateneo’s delayed books are an annotated edition of Ricardo Manapat’s “Some are Smarter than Others,” Eddy Alegre’s Mindanao travel ethnographical research tome “Biyaheng Pinoy” and Inquirer columnist Gideon Lasco’s young adult novel, “The Philippines is Not a Small Country.”

The ECQ has resulted in a cascade of event cancellations, primarily of book launches, signings and workshops, including Summer Komikon.

Of course, the effect is more than local. Flores noted that “all the book fairs of the world were called off, except Frankfurt so far, but October seems so far away from today.”

It will be a very long time before the full cost of COVID-19 on the industry can be measured in money and time considering how long the cycle is.

Bolasco remained optimistic that the lost month may yet have a positive effect: “Hopefully, there will be a new appreciation for paper books as these are the only ‘other things’ to read or handle outside of a screen. For the talented ones, the artists: writers, painters, sculptors, weavers, musicians—this is a time to create.”

During this forced hiatus, writers are finishing their manuscripts and thinking up new projects while designers dream and execute from their homes.

The publishers noted that the sooner activity returned to normal, the sooner they could continue their cycle—but it is hard to be certain.

“When the economy is not doing well, books don’t do as well. People will be poorer because there might be layoffs, work rotations and companies closing,” Flores said. “People will be buying less books unless they’re deemed essential, such as textbooks. Reading for pleasure will likely go down because there’s less disposable income. That means fewer titles will see print and those titles that do get published may be done in lesser quantities.” Government incentives will be needed more than ever, she said.

Montenejo said the crisis will lead to innovation: “I think one of the biggest effects would be publishers will be forced to rethink about how they distribute their content. It’s quite possible that you will see more publishers shifting to digital after this.”

That’s exactly what had been the case for independent publishers like the #romanceclass community. Fictionist Mina V. Esguerra, who founded #romanceclass in 2013, noted their community was already digital-first and used print-on-demand technology for their print copies. “For those of us already using Amazon, Wattpad or other online platforms, the writing and publishing might not change all that much, because what we use remains accessible. Some #romanceclass authors are releasing new books this year, and that will continue,” she said. “Our print editions may be affected because it’ll depend on whether our printer can take on the orders, but we can wait for when it’s a safer environment for them to work—our books are still available as e-books anyway. As a community we do work with many freelancers (editors, artists, graphic designers, actors) who may have lost income during this time because of canceled projects. It’s a good time to check in on them and ask what they need, and help if we can.”

Their April Feels Day is now an online event. “Launches for new books, performances and giveaways are all online now and people can join in from home.”

Esguerra agreed that “it’s good for any publisher really to think more about how they can be accessible to readers in more places and in more ways, in this time or any other.” The publishing industry needs to get to the next chapter. It is as Flores said, “when the crisis is over, I think industry players need to stir things up to encourage people to read, to encourage publishers to publish, encourage booksellers not to give up on selling books, and of course encourage creators to create more. Books are needed for the well-being of people, too.” INQ